Architecture is a largely predictable domain. By definition rational and functional, it is an outcome of not only of imagination and architect’s intellectual abilities, but also social expectations and habits, an assumed budget, urban planning conditions and a huge number of regulations, ordinances and acts. Art, if related to space, is absolutely not burdened with all this: an artist can create/re-create the space in such a way to make it far from being rational and functional – it can even become irrational, simply inaccessible or dangerous. Probably this is the difference between architecture and art: if architects are expected to satisfy requirements of reality and thus confirm this reality, artists tend to seek ways to oppose it.

This lecture is a loose reflection on how artists in 20th and 21st century shaped (para)architectonic space – how they constructed it, reconstructed and deconstructed. The presentation will be filled by works of several artists active mainly in 1960’s and 1970’s, such as Yves Klein, Arman, Allan Kaprow, Robert Barry, Jan Dibbets, Robert Morris, Art & Language, N.E. Thing Co., Bruce Nauman, Daniel Buren, Gordon Matta-Clark, James Turrell or Michael Asher, and from among Polish artist Ewa Partum, Jarosław Kozłowski, Edward Krasiński, Stanisław Dróżdż and Zbigniew Gostomski. Although theoretically they represent different artistic trends, these artists have in their portfolio works created out of space being the main material.

Roman Rutkowski – architect, PhD, an owner of Roman Rutkowski Architects office in Wrocław, the author of the currently implemented redevelopment of Nowy Targ Square in Wrocław, the winner of the “Europe 40 under 40” award for the best European architects of the young generation, an architecture critic cooperating with several architectural magazines in Poland and abroad, a lecturer at architecture faculties at the Technical University in Wroclaw and Slovak Technical University in Bratislava. 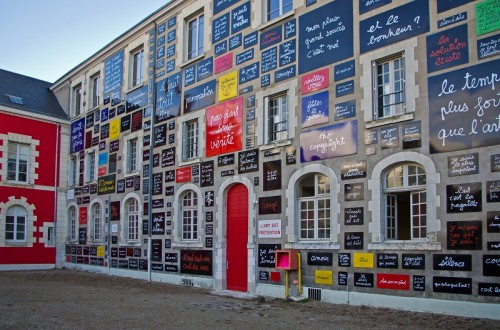