Art has always been and will be triggering controversies such as breaching valid rules of law. Those issues can be treated from the perspective of a legally-theoretical dispute on boundaries of freedom in artistic activities. The dispute appears among ethical, moral and legal reasons. Freedom range which should be given to art and functions which it should have in social life become the essence of the dispute. Although, it has not a binary character, it is possible to indicate its two poles.

Some artistic environments opt for possibly wide autonomy of artistic life and independence from a country and politics. According to this point of view, art should take up difficult, “socially fragile” subjects, provoke and force to discuss giving up any taboo. Such wide range of freedom is criticized by so called conservative environments which ascribe art specific social roles such as promoting positive social behaviors or cultivating national tradition.

Valid rules of law seem to be its resultants. Their characteristics is the main topic of the following lecture. It will remain an attempt to answer a question on freedom boundaries of a creative activity according to the guarantee of artistic and cultural freedom stated in The Constitution of the Republic of Poland, Article 73.

Mateusz Maria Bieczyński – PhD in Juridical science (INP PAN), LL.M (Potsdam), a lecturer of copyright at the University of Arts in Poznań, a solicitor in BWA Wroclaw, MA. in art history at Adam Mickiewicz University in Poznań. 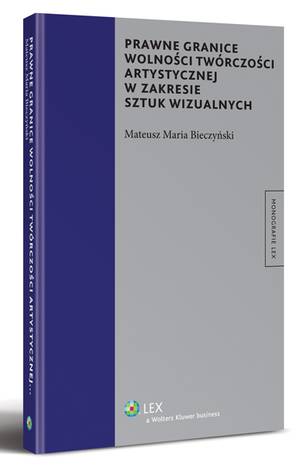