The painting by René Magritte representing / not representing a pipe of course does not require introduction. Nevertheless, one of the most important works of the 20th-century art deserves at least an attempt at a reinterpretation. As Friedrich Nietzsche wrote some time ago, the history can be done in an antiquarian, monumental or critical way; in my lecture I shall try to remain as close to the latter as possible.

As a matter of a fact, the painting by Magritte is a whole series of images. Apart from the best known one there is also an impressionist pipe, a pipe on an easel, a pipe proudly floating in the sky, a pipe and a psychiatrist, a pipe with an English subtitle and many others. Discussing all these ‘versions’ or perhaps simply – the elements of the greater series combined in our memory, above all, with the main image, I will try not only to return to the debate between Magritte and Foucault around the issue of representation, but also raise questions on the politics of representation resulting from the writings of Karl Marx, Gayatri Spivak and Jacques Derrida.

We shall also consider the society based on truthfulness, touch upon such issues as plagiarism, copy, the original, self-plagiarism and the creation of dependent works. Perhaps Magritte’s image will  serve as a pretext for the execution of the important demand made by Jacques Derrida, who wrote that every research of the past is essentially, first of all, a work on the future.

Dr Ewa Majewska – a graduate in Philosophy from the University of Warsaw, feminist philosopher of culture. Since 2003 she has been collaborating with Gender Studies at UW. Her main interests are critical philosophy of society and culture, she actively participates in the social movements for the benefit of freedom of culture, feminism and queer politics. She works at the Institute of Culture at the Jagiellonian University. An author of the book 'Feminism as Social Philosophy. Essays on the Family', co-author of volumes 'Industrial Town Futurism' (together with K. Szreder and M. Kaltwasser); 'The Captive Mind II. Neoliberalism and its Critics (with J. Sowa) and a number of scientific and journalistic articles. She currently works on a publication on the paradoxes of politicizing of art and the feminist critique of Neoliberalism. 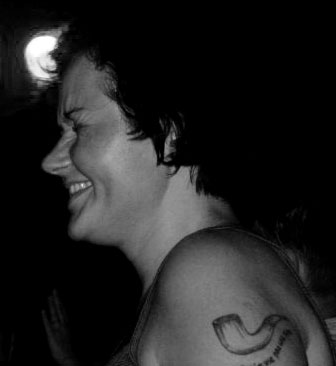