Stano Filko, Jozef Jankovič, Július Koller, Rudolf Sikora and Dezider Tóth – artists featured at the exhibition The soft codes. Conceptual tendencies in Slovak art (curated by Vladimir Beskid) – are also among the protagonists of the unofficial Slovak art scene of the 1970s and 1980s, alongside Petr Bartoš, Alex Mlynárčik, Jana Želibská and others. It is this issue that will be taken up in the lecture by Zuzana Bartošova, who is an academic working at the Institute of Art History of the Slovak Academy of Sciences and author of in-depth publications on the subject.

Slovakia’s unofficial art scene was by no means a concrete group of artists. Bartošova chose this term to denote the oeuvre of an entire group of artists who were unable to publicly present their opinions after the Warsaw Pact forces invaded Czechoslovakia (in August, 1968), in a period that came to be known as Normalisation (1970s and 1980s). The language of their art was at odds with the ideology imposed by socialist realism. In spite of this obstacle, these artists did not stop their practice. They carried on working and exhibited their pieces in more or less official venues. They organised illegal shows and exhibitions and prepared samizdat publications. It was thanks to them that conceptual art, object and installation art, neo-figurative art, pop-art, neo-constructivism and free modifications of private mythologies – i.e. all the tendencies that already existed in the late 1960s – survived in Slovakia and provided younger artists with a point of reference after the Velvet Revolution.

Lecture by Zuzana Bartošova accompanying the exhibition Soft Codes. Conceptual Tendencies in Slovak Art. The lecture will be translated into Polish. 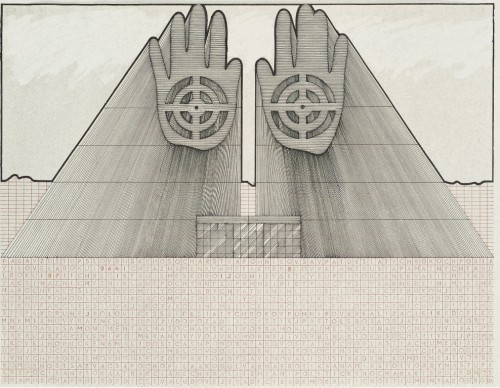