Artistic action by Olga Lewicka is the first part of an interdisciplinary series of events coming forth from her book Panorama. Materials for Mapping a Prospective All-Embracing Structure, published by Morava Books in 2011. The event has been prepared in collaboration with the media theorist Carsten Zorn.

The starting point is the panorama as a product of the 19th century’s worldview and a reflection of the globalization processes taking place at that time. Olga Lewicka understands the holistic, all-embracing form of the new medium as an aesthetic landmark of the modern economical-political system, as its –– then still uncritical –– transposition into the sphere of art. Globalization appeared there as a triumph of an individual over the already colonized world and nature, observed from a safe distance. The observer was located in the centre of the perceived universe, at the same time succumbing to the illusion created by the optical mechanism of panorama.

The participants of the action are confronted with illusion that is created and denounced by turns. The multilayered approach to the medium of panorama makes it a carrier of a broad spectrum of contents and associations, connected to each other by a common denominator –– the round form,  which the event refers to both on a literal level, as well as through allegorical meanings that this form connotes.

The subject depicted in the Racławice Panorama provokes into raising the topic of national myths and corresponds with the other space in which the action takes place: the building of Wrocław Contemporary Museum, a former German air-raid shelter –– also circular in plan. This is followed by questions on the forms of participation in art and our personal affiliation with the contemporary capitalist system, while a reference to Buckminster Fuller touches upon the issue of a common, global movement in the universe on another object circular in plan –– the Spaceship Earth.

Attached you will find the detailed program of the event.

The day-long event, taking place in Wrocław's Racławice Panorama and Wrocław Contemporary Museum, has been divided into two stages. Please kindly note that the number of participants of the first part, held in the spaces of the Panorama, is limited for technical reasons. If you are interested in attending, please register at a.grabarczyk@muzeumwspolczesne.pl or by phone: + 48 696 893 345. The second part, at Wrocław Contemporary Museum, is an open event. 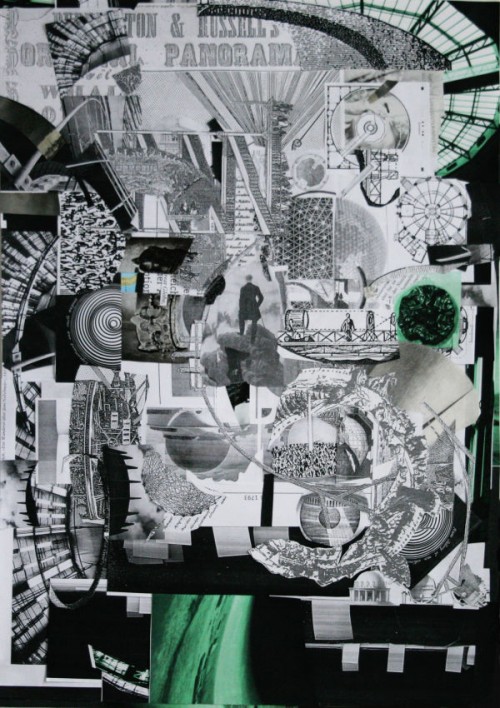