The words pronounced by Martin Luther King during his speech in Washington in 1963 grew to become synonymous with the pursuit of changes – a motto that galvanised the activists of the revolt of May ’68, as well as provided hope for the effect of the activities of the citizens, who “demanded the impossible”. The exhibition “I HAVE A DREAM” comes into being at a unique time – when for over a year now the societies of nearly the entire globe have been expressing their protest against the political, social, moral situation and the economic solutions in force that humiliate them. We ourselves often participate in demonstrations and protests, sensing how much started to depend on us.

In their video works, the invited artists address change, revolution, and reject the old status quo or ideology. Today, a revolt means real pressure on politicians in favour of improving living conditions and reminding those in power how far removed they’ve become from the real problems of the society. Many of the films and videos on display were made before 2011 – though it’s not the date that matters, but the unique intuition of the artists, who observe reality, visualising at the same time in their works the sense of the ever-greater wave of discord, and sometimes go as far as to use their works to generate the energy of rebellion.

The revolutions of the 21st century don’t necessarily have to boil down to street fighting and shedding blood. It seems that 60 years after the end of the Second World War, which deprived millions of people of their lives, and condemned millions of others to living in a divided world – under totalitarian regimes – the citizens are choosing the very street protest, revolts, means of direct democracy and civil pressure as forms of solving conflicts. 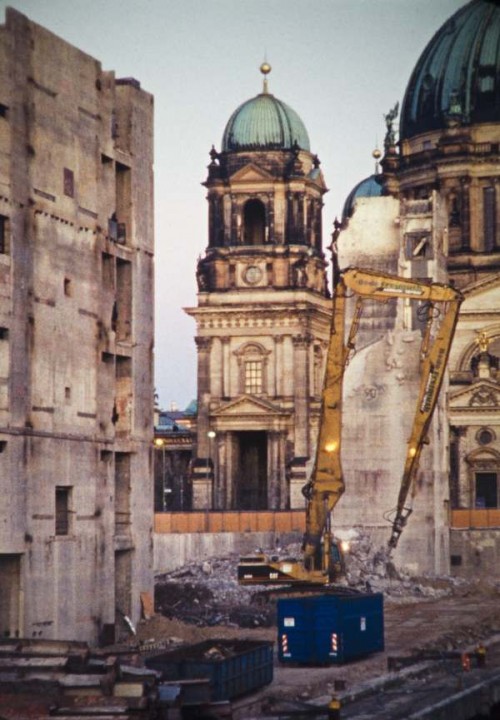 Still from "Last Day of the Republic" 2010 (c) Reynold Reynolds