Exhibition of collages by Kama Sokolnicka

In her new project, prepared especially for the Short Story Festival, Kama Sokolnicka makes an attempt to discuss with a tradition of the 20th century literary avant-garde. Using the form of collage she creates pictures anew from pieces of connotations, literary references and afterimages of a turbulent history of this realm. The 20th century has probably been the most dynamic period of development in this area, where experiment and novelty in the approach to a word has reached its crescendo. Rendition and reconstruction of these changes into a form of a collage pictures cycle is another attempt to read the history of writing. In Sokolnicka’s works a written word and its philosophical and semantic consequences have always played an important role as a cause and etymology to investigate visual culture. Her exhibition in MWW accompanies the meetings organized within the short stories festival.

Kama Sokolnicka: artistic residences in Centre Européen d’Actions Artistiques Contemporaines in Strasbourg (2004). Artworks in the collection of The Lower Silesian Society for the Encouragement of Fine Arts as well as in private collections. Shortlisted for wARTo (2010) art prize of Gazeta Wyborcza. Scholarship holder of Ministry of Culture and National Heritage (2011), nominated to Award of Vordemberge-Gildewart Foundation (2011).

„Scarred After Avant-Garde”. Discussion with the participation of art critics, literary historians, artists and publicists. We’ll be talking about why there is no avant-garde anymore and why the revolutionary way of treating art and literature has become an anachronism;  why the breakdown in culture is now the domain of cunning impostors and joyful programmers.

“A Tale About a Story”. Broken web links instead of  punch lines. A multi-voiced tale about a story. Anthropological and literary quarrel free of charge. Why has the literature lost the power to create myths? Why is the art of storytelling drifting in the margins of culture? Why are the best narratives made by marketing whizzes? 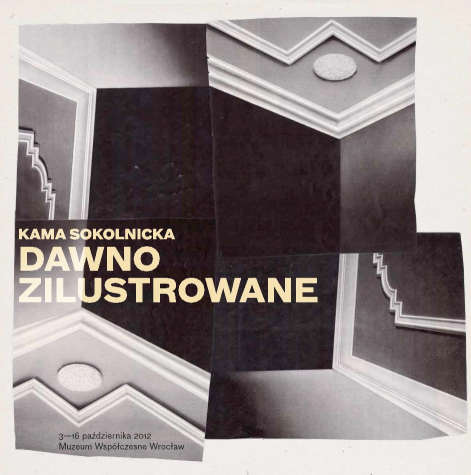 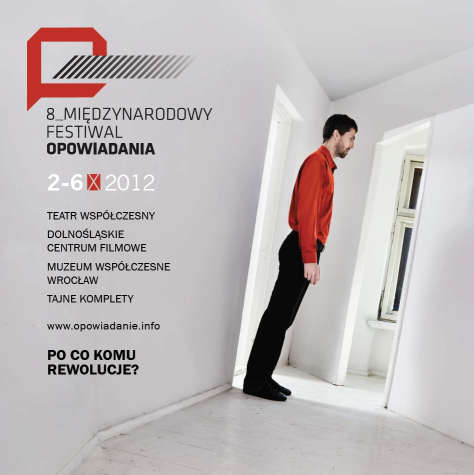