‘Fold-ups’ is a project by Małgorzata Dawidek Gryglicka, carried out specially for Wrocław Contemporary Museum. The work consists of 40 white cubes. On their walls, the artist placed black letters of the alphabets belonging to the languages spoken in European Union. We can find there the signs of Latin, Cyrillic and Greek alphabets, together with diacritical marks, present in several languages.

The aim of the work is to create a field for common communication. The project attempts to initiate a situation of ‘possible communication’, that would be a result of a cultural integration basing on a common Latin-Greek language platform. This situation appears despite phonetic or personal barriers.

The work takes the form of a game. Arbitrary parts of speech derived from one language are possible to constructively function in expressions formed in another. In this realization an important role is played by a common communication base. Moreover, the work is interactive it determines the recipient to create their own message that will be visible from a distance and legible to others. Walls of the cubes, supporting one another, play a symbolic, integrative role here. A cube without one wall, and hence without one letter, is no longer a cube.

‘A propos’ is a series of debates, lectures an meetings organized at WCM, which subjects are inspired by Polish Presidency 2011 of the Council of the European Union.

Małgorzata Dawidek Gryglicka (1976 ) – an artist and art theorist. Author of visual texts, textual objects, hypertexts in public spaces and galleries, e.g. Short History of an Accident (1997), DE_Codes (2003), Definition (2005). In art, she is engaged in relations between texts of bodies and a body of text, a linguistic aspect of communication and relations between a word, its images and designations. In her theoretical works, Gryglicka investigates issues related to the phenomena of a text considered in categories of a work of art. She has exhibited nationally (e.g. Foksal Gallery, BWA Białystok, Muzalewska Gallery) and internationally (e.g. Museum Modern Art, Hünfeld; Stadtgalerie Villa Dessauer, Bamberg). 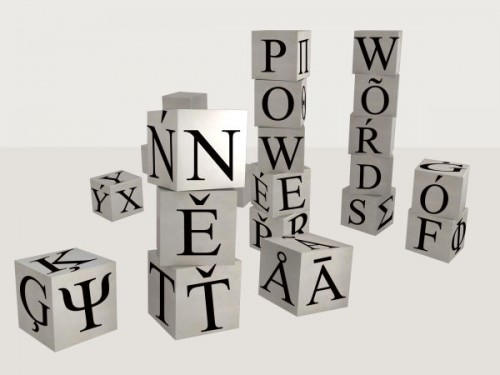 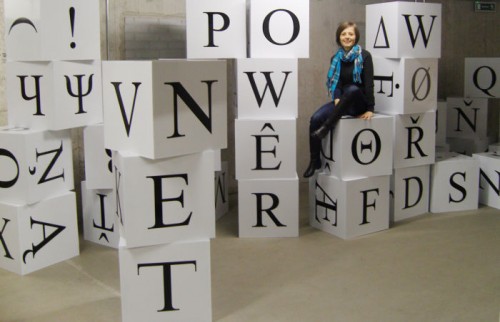 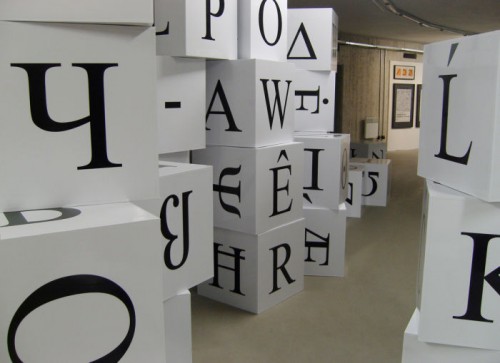