The title of Agnieszka Brzeżanska’s exhibition makes a reference to a 1955 book titled Ziemia rodzinna [Homeland], which was prepared by poets Tadeusz Kubiak and Artur Międzyrzecki, and photographer Edward Hartwig. The book consisted of photographs and poems praising the beauty of the Polish landscape, which became the starting point for a tale of living in the natural world with all its vitality and fertility, as well as of an openness that makes it possible to overcome one’s isolation and reach beyond oneself, which thus situates the human being in a field of mutual interaction with other creatures inhabiting the Earth.

However, in Ma Terra the artist does not encourage us to contemplate the beauty of Polish landscapes, but rather to come into organic contact with the life-giving matter of earth, that which gave rise to all that exists. This is pulsating matter, full of potentialities, fertility and mysteries. On the one hand, a series of microscope photographs of clods of earth, titled Honomeia, reveals a fascinating picture of the life-giving matter, a liquid and luminescent substance teeming with cellular bubbles where plant nerves and roots intertwine with each other. On the other hand, in her series of paintings and works on paper (“Nawia”, “Jawia”, “Rusałki”) whose titles make references to elements taken from an ancient Slavic religion, Brzeżańska unearths the subsequent layers of primeval universe, which in this culture assumed the form of a tree.

Both these worlds seem to be unexpectedly close because they are full of abstract, expressionist images made up from interwoven dynamic lines and oval, circular or bubbly shapes, which are often identified with the feminine element in Western culture. This similarity of photographic structures and paintings featured at the exhibition highlights the invisible unity of the world in all its manifestations, a community of existences, symbols and meanings. 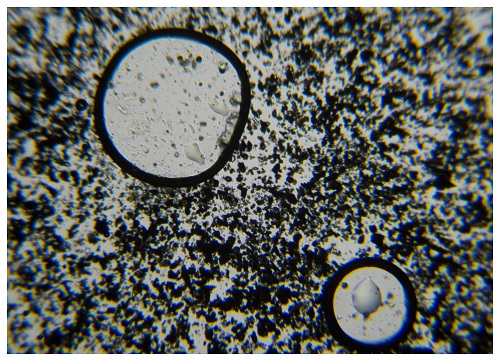 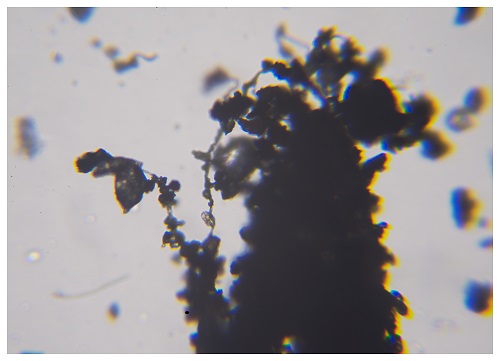 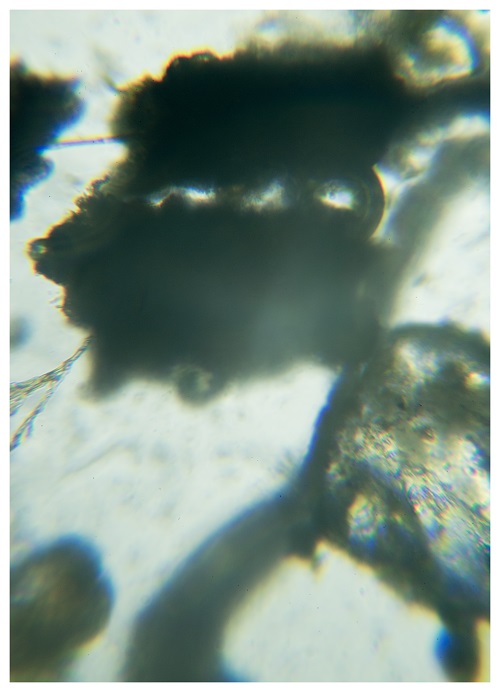