The year is 1977, communism in Poland is in full swing.
A meteor falls straight from the sky and crashes into the ground at 40 Legnicka Street in Wrocław.
It is the DOLMED Lower Silesian Centre for Medical Diagnostics (today: the Lower Silesian Medical Centre).


The idea of creating this ultra-modern and fully computerised centre for diagnostic tests was put into practice by a married couple of Wrocław architects – Anna and Jerzy Tarnawski. They used their considerable experience in designing buildings that combined rational functionalism with the sciences. The best-known example of their joint work had been the ZETO Electronic Computing Centre. At Miastoprojekt, the largest design studio in Wrocław, they ran the specialist ETO Objects Design Studio.

Two trips of the Tarnawskis would turn out to play a decisive role for the design of DOLMED in its completed form: a study visit to the Toshiba plant in Japan, where the most modern digital machines of that time were manufactured, and a visit to Italy, from where the aluminium curtain walling systems on the façade were ordered and imported. Wojciech Święcicki would take on the responsibility for mounting them.

15 June 1977 saw the official opening of DOLMED, which was personally attended by Edward Gierek, First Secretary of the Central Committee of the Polish United Workers’ Party.

DOLMED is one of the first facilities of its kind in Central and Eastern Europe. It was a technical and visual rarity that aroused great interest. The uniqueness and spectacularity of the design and construction are best demonstrated by the large number of entries in the memorial album, made by both notables and ordinary people coming from all over the world to visit this very place.

The Tarnawskis framed their futurological yet functional architectural design in the shape of an inverted pyramid, which looks as if stuck into the ground. The technological facilities of the building were balanced by spacious interiors encouraging to rest, comfortable sofas and relaxation zones. In the immediate surroundings of the building there was a rectangular water reservoir with a sculpture showing a pair of swans, made by the Wrocław sculptor Jerzy Boroń, conveniently located car parks and green zones. To this day, the solutions applied in DOLMED and the equipment inside the building make this place one of the most recognisable centres for preventive diagnostics in Lower Silesia. Visiting the facility in the 1970s must have been a truly extraordinary, almost cosmic experience, especially for patients from smaller towns.

The functioning of the diagnostic centre was analysed and tested in detail in 1983, which provided the video material for the popular science programme Sonda (the episode “Collective Portrait,” hosted by Andrzej Kurek and Zdzisław Kamiński). The potential of the building as a futuristic setting was used in the science-fiction film Inquest of Pilot Pirx (1978) and later in the Academy of Mr Kleks (1983).

The exhibition is divided into three parts:

0–1
TECHNOLOGY – a binary, zero-one system used in computers. The father of the system – Gottfried Wilhelm Leibniz (1646–1716), one of the pioneers of mathematical analysis.

1
HUMAN – the human individual, unity as a whole of humanity, relationships, work and harmony.


Anna Tarnawska (née Żemoytel) was born on 30 June 1923 in Vilnius. She came to Wrocław in 1946 to study architecture at Wrocław Polytechnic. After graduating in 1952, she found employment as a designer at Miastoprojekt Wrocław, a large state-owned design office, where, together with her former fellow students supervised by Emil Kaliski, she began work on the reconstruction of Wrocław Market Square. In the same year she became a member of the Association of Polish Architects. She designed, among others, the ZETO Electronic Computing Centre (together with her husband Jerzy Tarnawski) – the oldest IT enterprise in Poland, completed in 1969. In 1954, Anna and Jerzy Tarnawski were members of a team of architects who worked on the development of Plac Młodzieżowy. As pioneers of the so-called high-tech architecture, they created the famous design of the DOLMED Lower Silesian Centre for Medical Diagnostics, whose construction was completed in 1977. In 1970 Anna Tarnawska was awarded the Wrocław Prize, and in 1977 she received the Silver Cross of Merit. In the 1980s, due to the political situation in Poland, the couple decided to move to Algeria, where they lived for several years. In 2012, Anna Tarnawska and her husband received the Honorary Award of the Wrocław Branch of the Association of Polish Architects.

Jerzy Tarnawski was born on 15 February 1926 in Warsaw. In 1942 he joined the Union for Armed Struggle and fought in the Warsaw Uprising. After the war, he and his family were relocated to Wrocław, where he became a student at the Faculty of Architecture of Wrocław Polytechnic. In 1951 he married Anna Żemoytel. A year later he joined the Wrocław Branch of the Association of Polish Architects and later became a member of its board of directors. At the same time he started working in the design office Miastoprojekt Wrocław. The most important projects in which he was involved included the residential development of Świdnicka Street, the development of Plac Nowy Targ and the ZETO building. In the early 1970s, together with his wife, he designed the modern diagnostic centre DOLMED, for which they received an award from the Polish Committee for Automatic Processing of Information. The opening of DOLMED on 15 June 1977 was attended by Edward Gierek, First Secretary of the Central Committee of the Polish United Workers’ Party, who awarded Jerzy Tarnawski with the Knight’s Cross of the Order of Polonia Restituta. In the 1980s, due to the political situation in Poland, the couple decided to move to Algeria where they lived for several years. After returning to Poland Jerzy Tarnawski opened his own architectural firm called Studio Architektoniczne Tarnawscy-Frąckiewicz, which is now run by his daughter Katarzyna and Jacek Frąckiewicz. The designs created by the Tarnawskis received numerous awards. In 2012, Jerzy Tarnawski and his wife received the Honorary Award of the Wrocław Branch of the Association of Polish Architects. 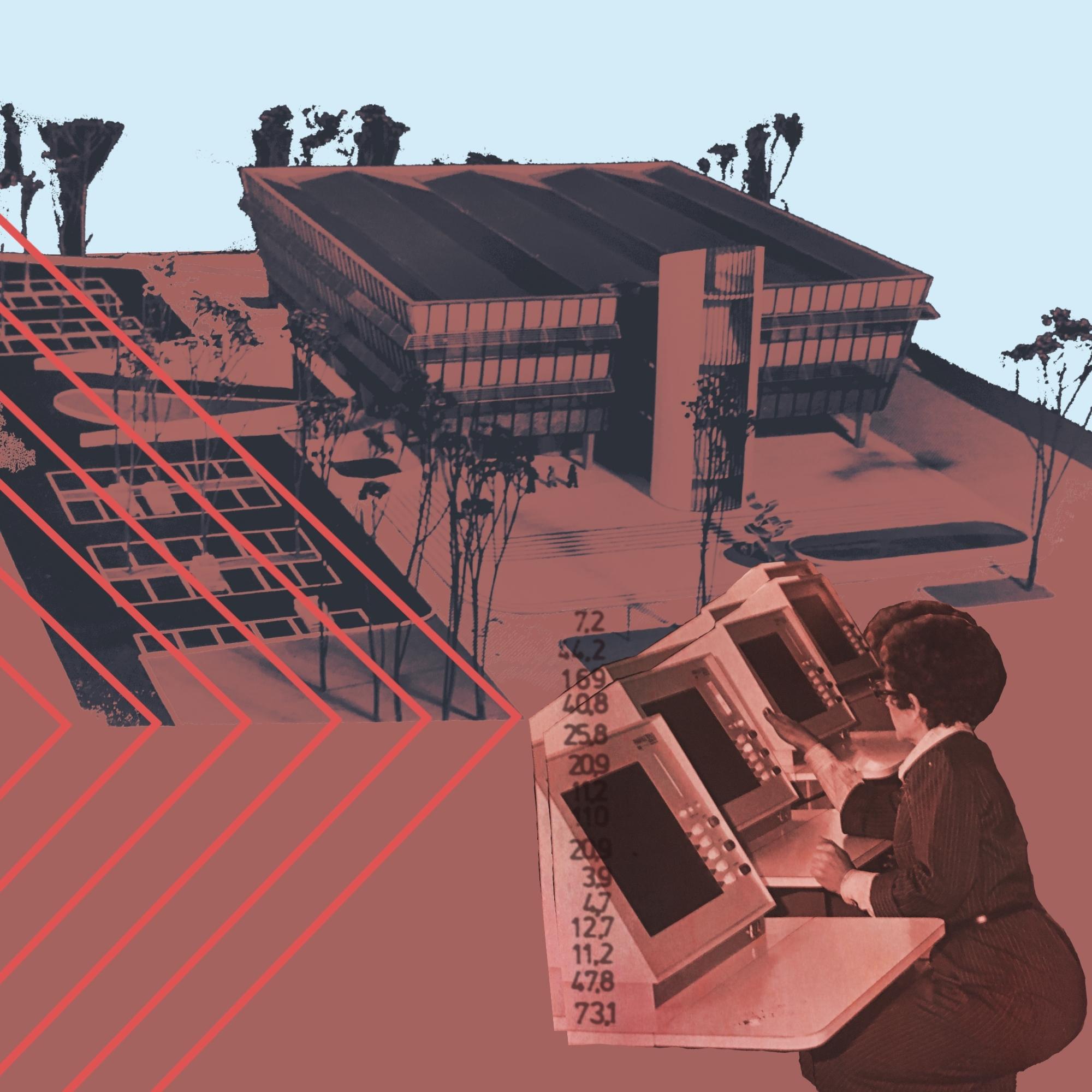 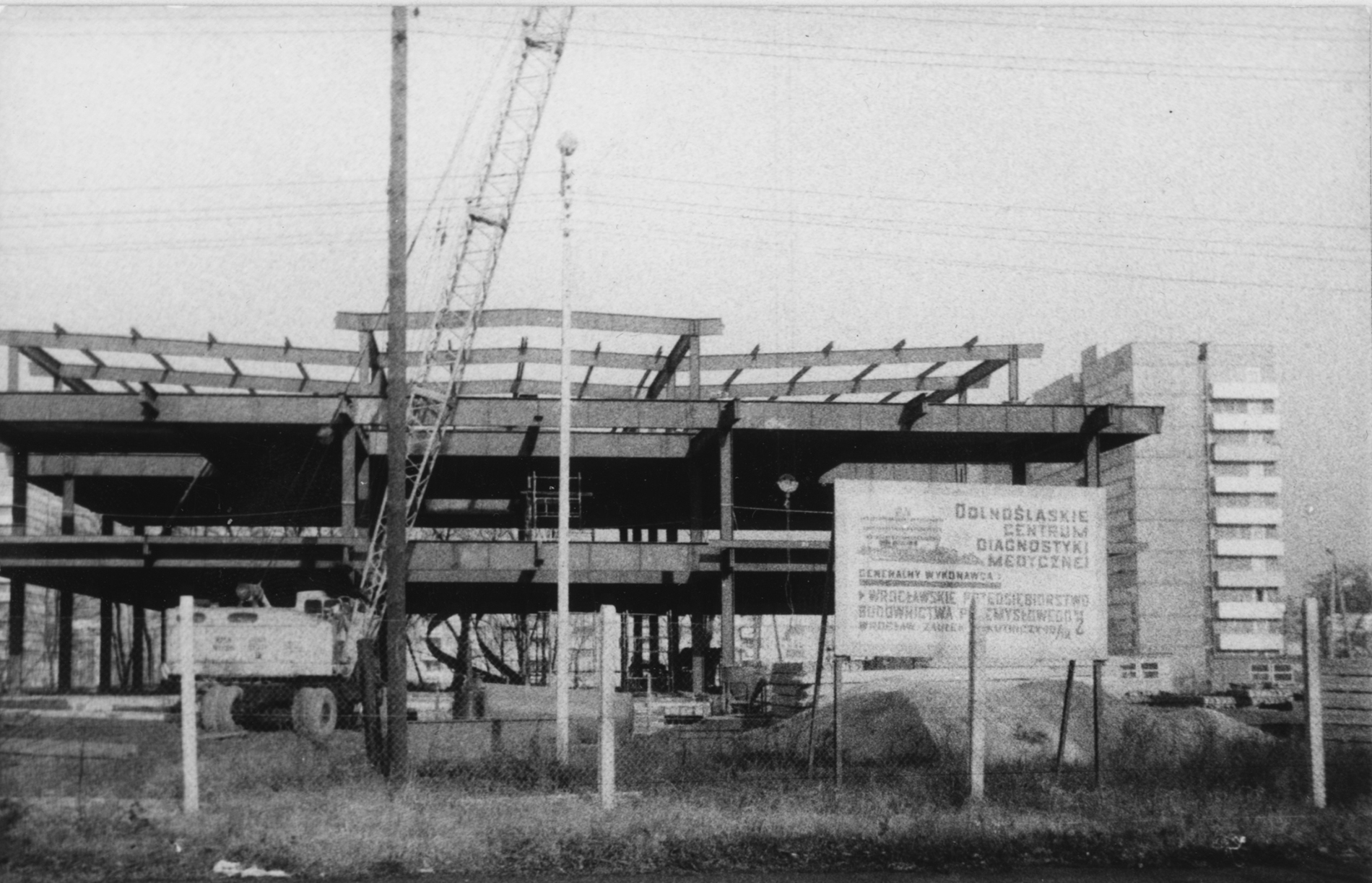 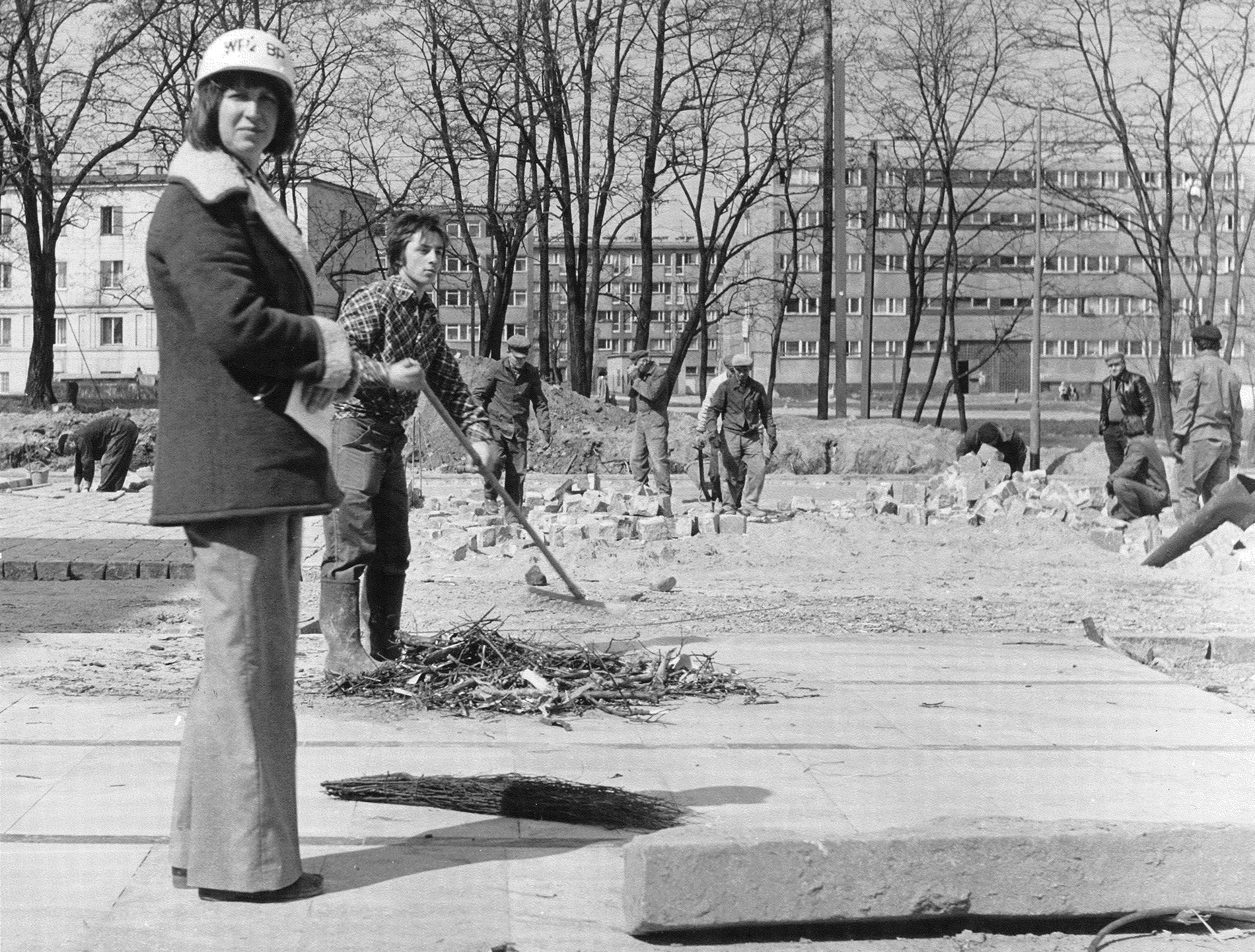 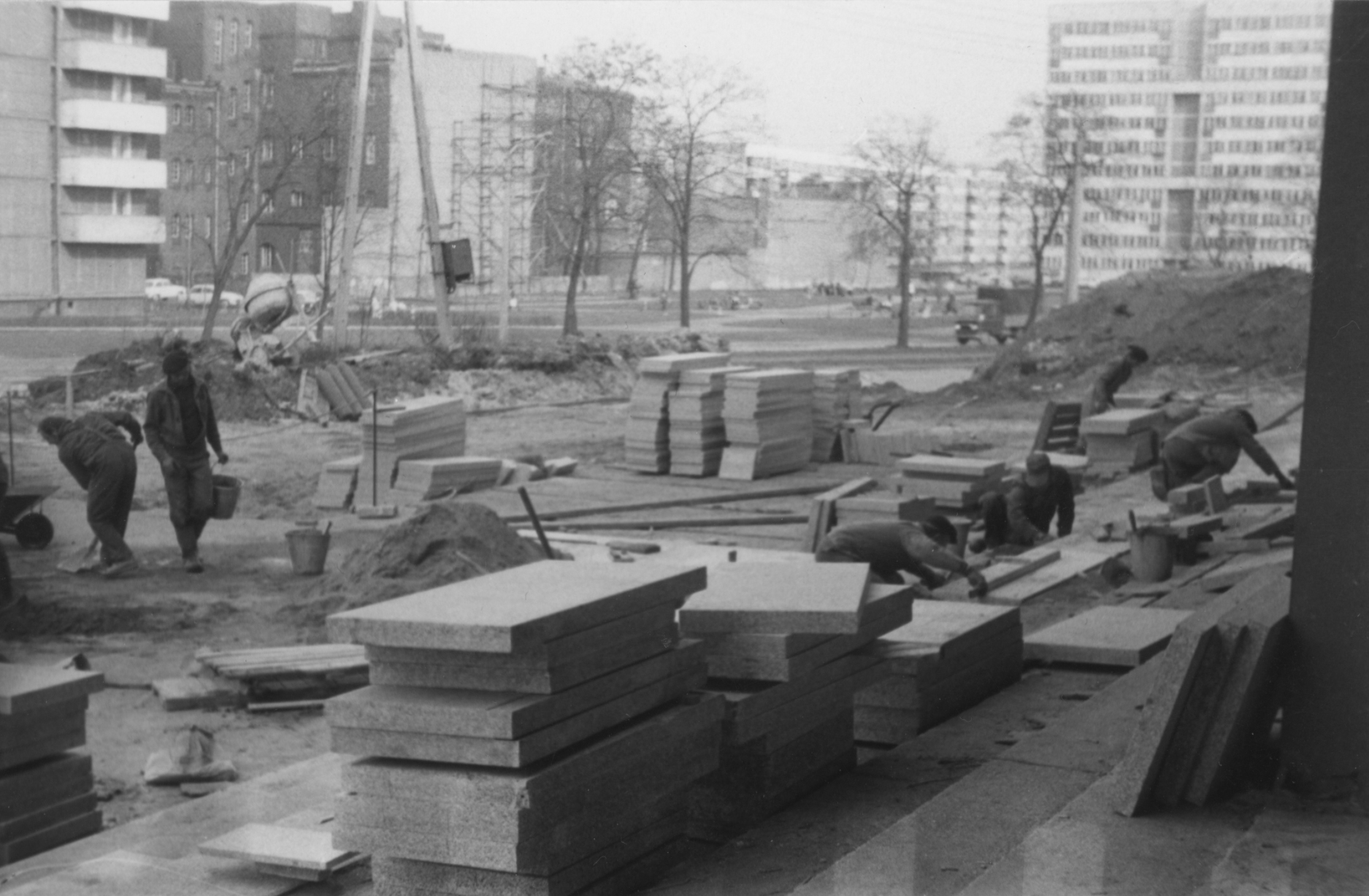 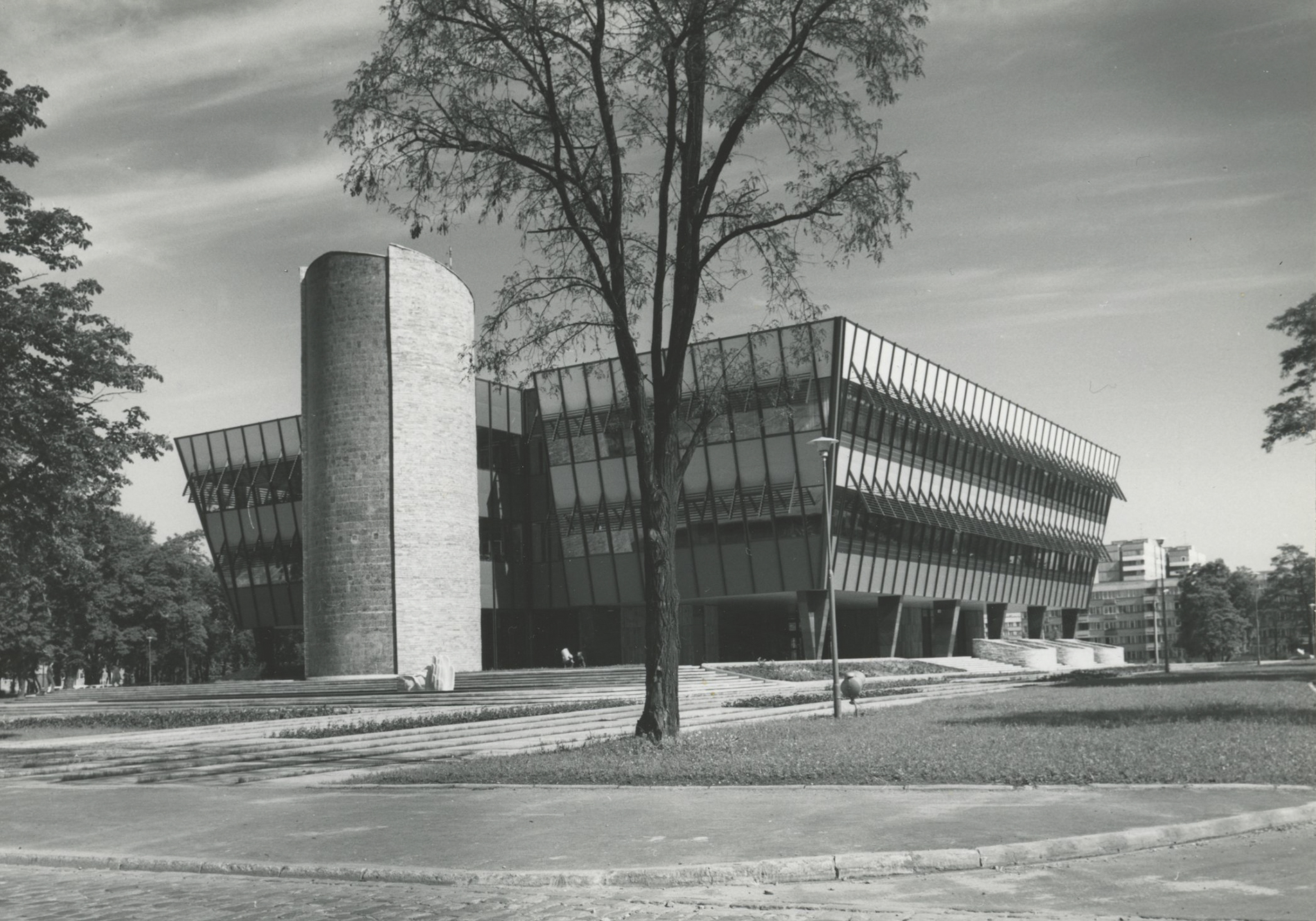 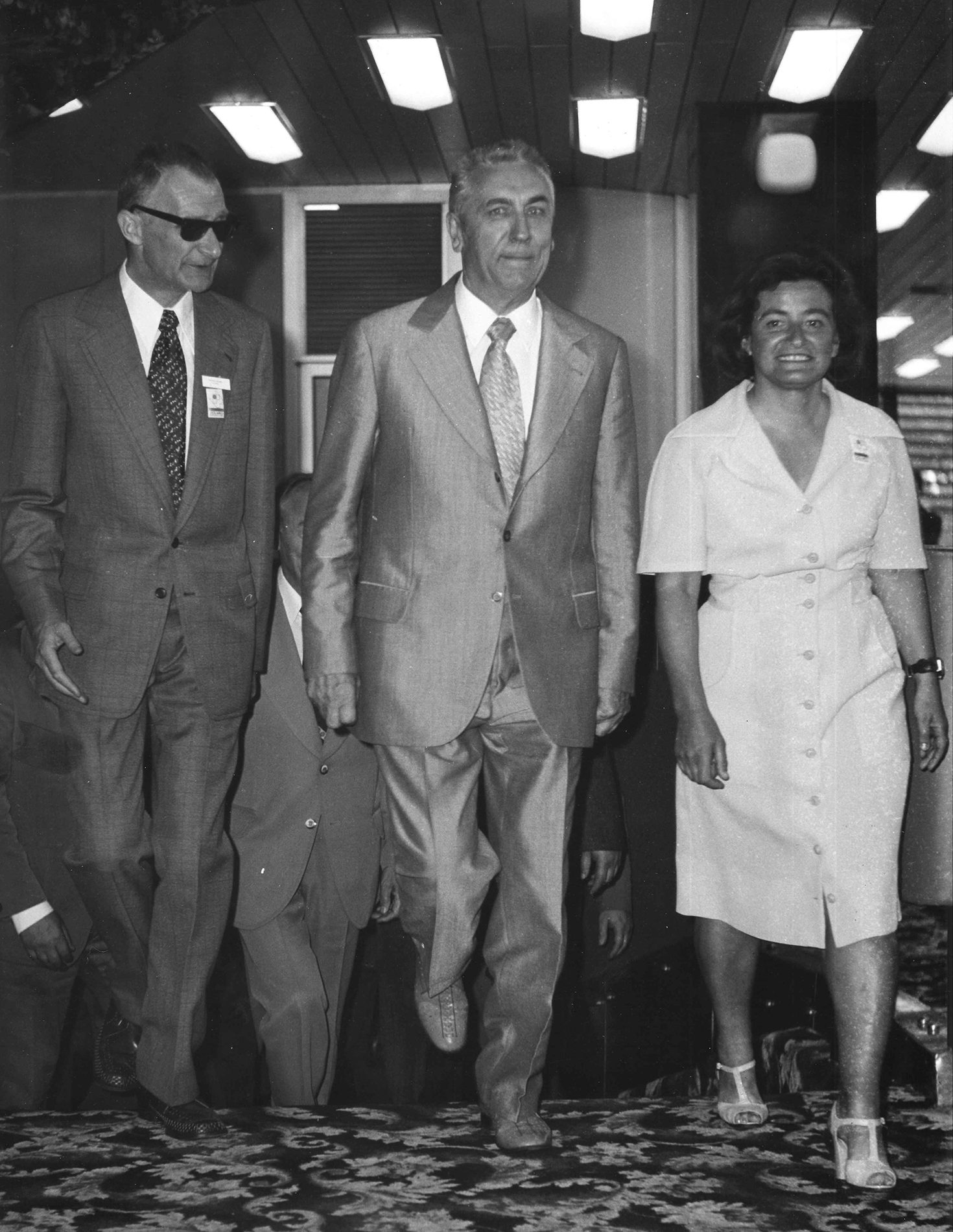 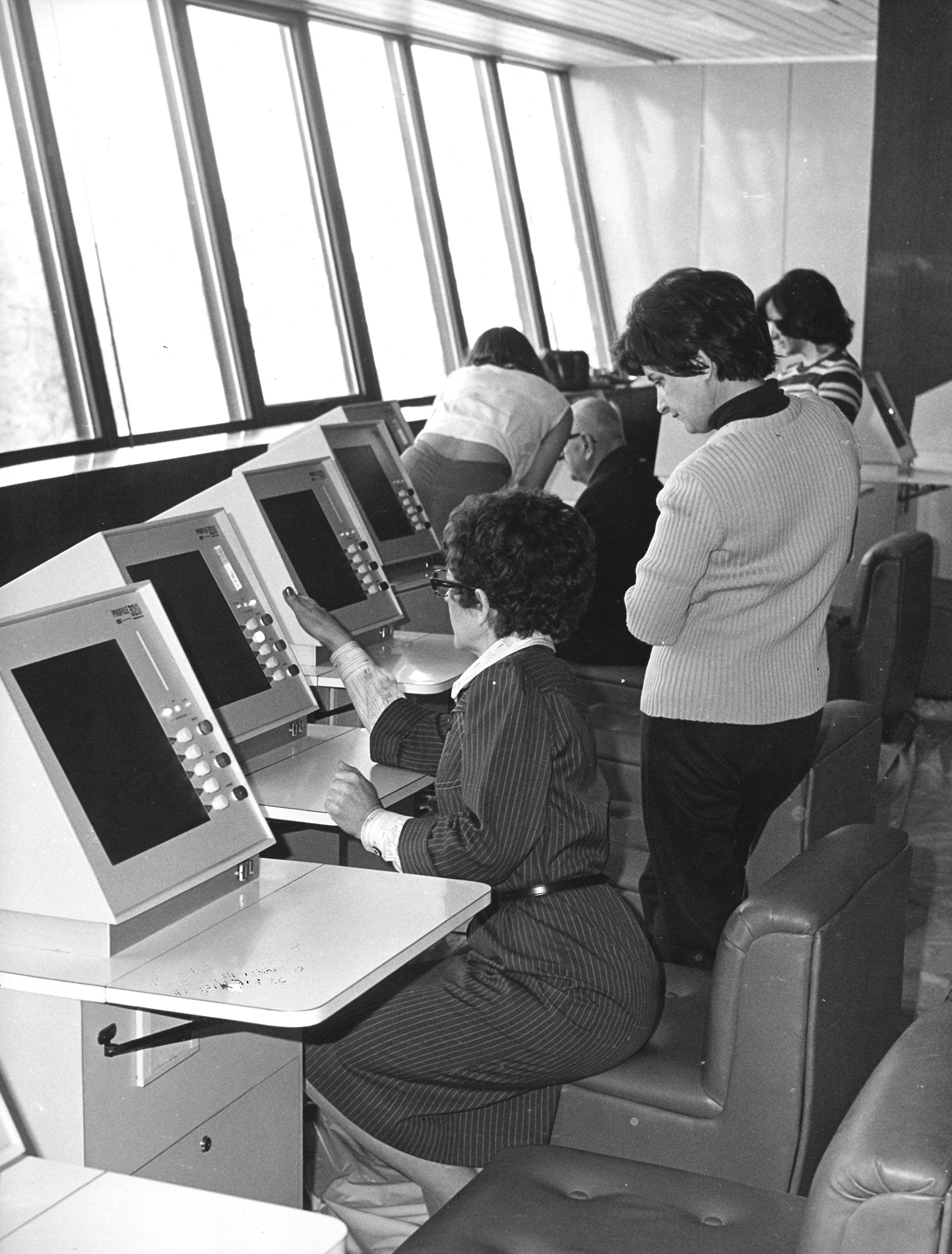 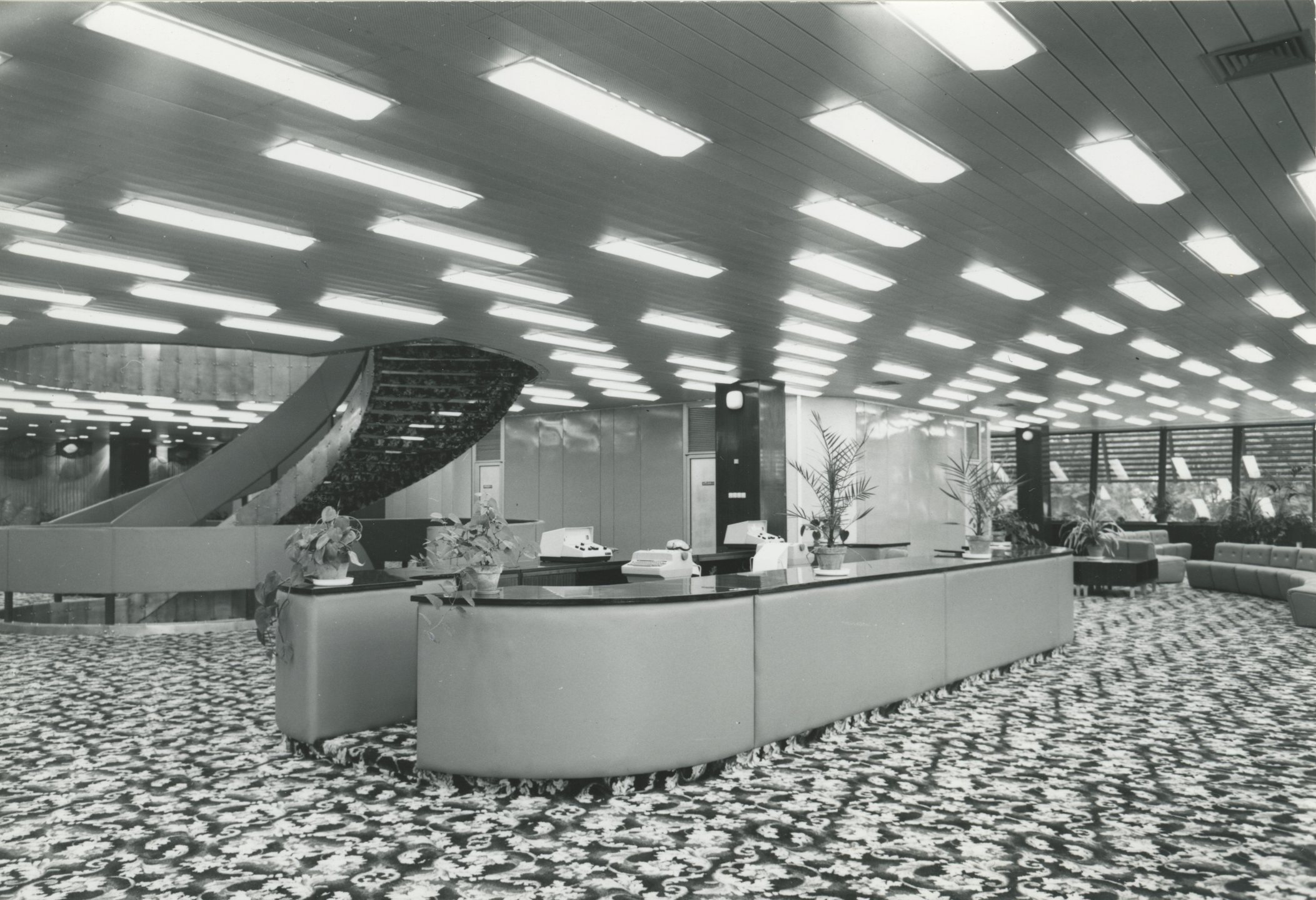 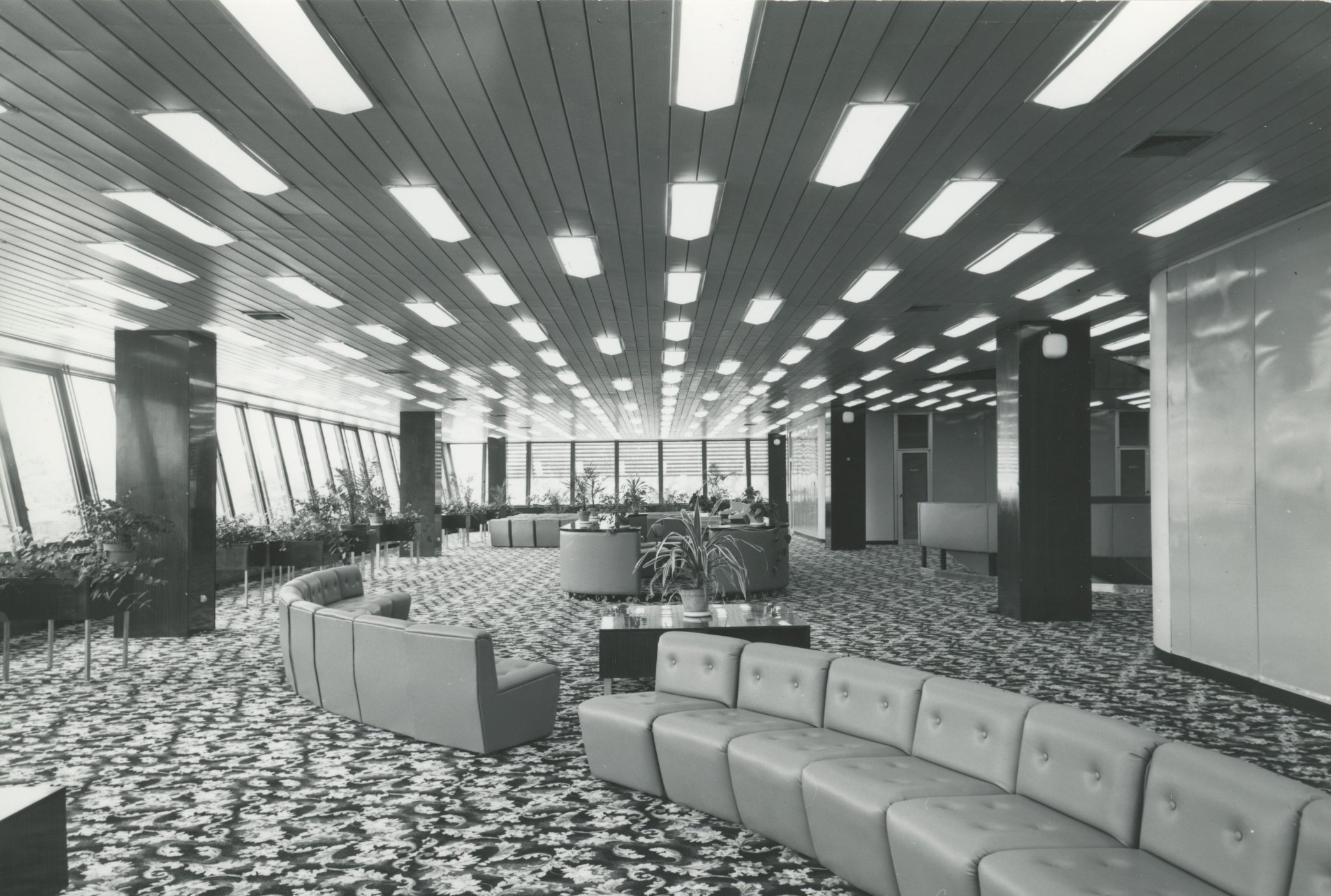 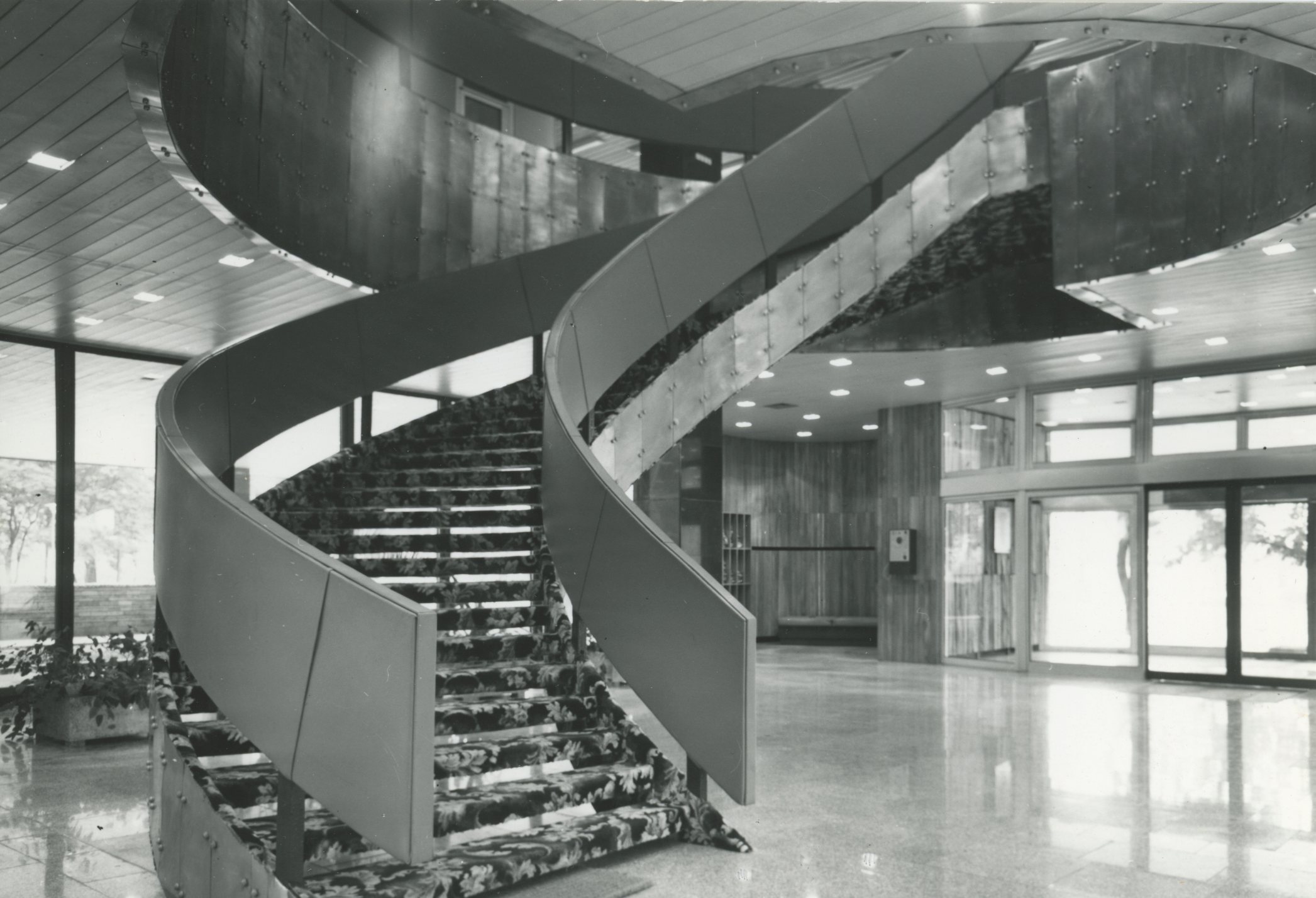 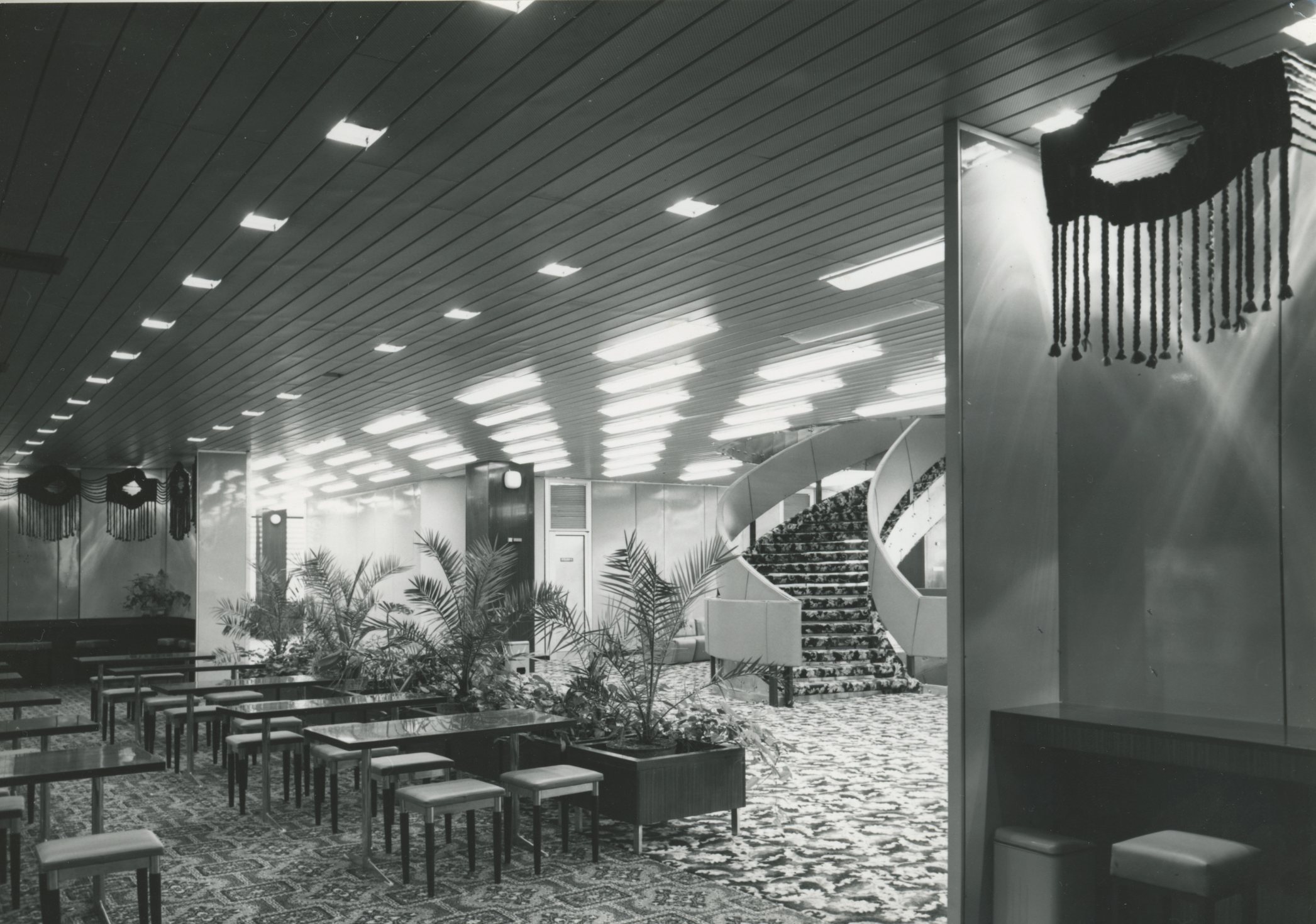