Dr Lakra and Laureana Toledo are visual artists from Mexico. In 2014, they decided to use the medium of film to trace back the origins of the punk culture in the city of Mexico. As members of the scene, they revisited their friends and the archives in order to construct a narrative, highlighting the complexity of the formation within a broader socioeconomic context. The exhibition at Wrocław Contemporary Museum presents fragments of the upcoming documentary, photographs as well as flyers, fanzines and LPs that once filled the alleys of the flea market El Tianguis del Chopo – the main hub for the exchange of music and debates regarding the ongoing transformation of the city in the aftermath of the earthquakes on the 19th and 20th of September, 1985. Grass-roots solidarity and disagreement with the status quo, which characterised punk attitude, became the key to survival in the destroyed city, where the natural disaster exposed abuse of power, construction scams, corruption and lack of respect for human life.

The exhibition highlights the ambivalence of punk. Fashion-wise, it embodied the cultural colonization coming from the West; however, as an attitude, it constituted the backbone of the protest against the powerplay between the centre and the peripheries. The title “Punxdefektuozoz” also captures the defective side of the presented materials, such as the out-of-focus quality of the photographs. The emphasis on the flaws points to the distinctiveness of the Mexican experience from British punk, which was professionally recorded by official television, embraced by music industry and popular newspapers. The content of the exhibition is intended to reverberate particularly powerfully in Wroclaw, a city which was politically and socially shaken by the introduction of the martial law in December 1981 and, in the aftermath, became the crucial spot for punk and the underground culture.

Laureana Toledo (b. 1970, Ixtepec, Oaxaca) lives and works in London and Mexico City. She takes her inspiration from the imperceptible or transient moments of the everyday and examines how such phenomena can be represented. Toledo systematically and repetitively intervenes in different media (texts, books, photographs, paintings, among others) to deconstruct their existing narratives and subsequently understand how popular culture is perceived and digested by various audiences. She uses a similar approach to the history of rock music in projects such as the cover band called The Limit, or a collaborative project with bass player John Taylor, titled Correspondencia. In her last piece, Order and Progress, she created a multilayered project on colonialism and the effects that the construction of rail tracks by the English had on the Isthmus region in Mexico.
Laureana Toledo was recipient of an ISCP residency in New York in 2004, and Gasworks in London in 2009; she was also granted a mid-career prize by The Cisneros Fontanals Art Foundation. She has worked as an editor, teacher, writer and independent curator in Mexico and abroad since 1996. She is the co-founder of SOMA, an artist space in Mexico City, and a member of the Sistema Nacional de Creadores Grant in Mexico. In 2014 she was commissioned to make a permanent sculpture-fountain at the Museum of Modern Art in Mexico.

Dr Lakra (Jerónimo López Ramírez, b. 1972, Mexico City) is a renowed tattoo artist based in Oaxaca, Mexico. His oeuvre spans a broad range: from drawing and painting to tattoos, murals, and assemblage. Often irreverent and playful, his work explores concomitant themes of death and desire as well as “high” and “low” culture, creating images that keep the viewer teetering on the line between attraction and repulsion. His interest in bringing vernacular idioms into the rarefied world of “high art” belies the impulse to question ideas of taste and culture, right and wrong, the civilized and the barbaric. He references the body and desire in very literal terms, for instance when he combines portraits of long-deceased models with provocative and sometimes aggressive sexual imagery, yet his work reaches beyond the realm of flesh, blood, and sex to a more metaphorical plane.

Ana Punk is part of the group CHAPS (active punk gals), was part of the punk band Virginidad Sacudida (Shaked Virginity) and has actively worked with the Zapatista movement in Chiapas. She starred in the film Alma Punk, by Sarah Minter, which is based in her life. She is the founder of fanzines such as Cambio Radical, Fuerza Positiva and Amor y Rabia.

Thrasher is a musician who has been in the most emblematic punk bands in Mexico like Masacre 68, Atoxxxico, amongst many others. He founded the record label Puro Pinche Ruido (Just Fucking Noise), is the founder of the Bazar del Vinil, Cassette y Camiseta arrumbada, an exchange bazar in Mexico City. He has been part of the Anarquist Library, and has done fanzines such as Cambio Radical, Fuerza Positiva and PPR. He currently plays with Cthulhu, Cacofonia and AK 47.

Program for the evening:
6.00 PM - Ana Punk and Thrasher in conversation with Laureana Toledo
7.30 PM - Opening 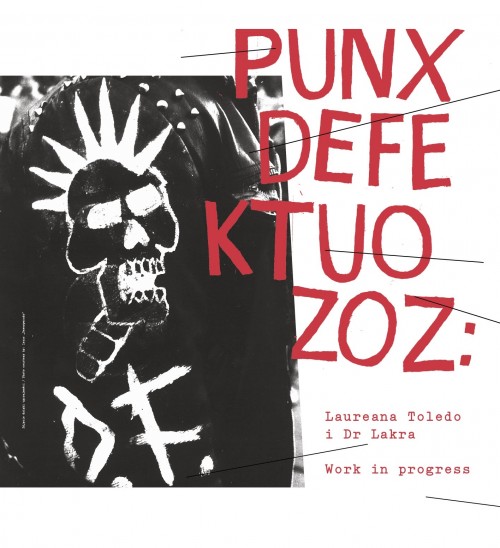 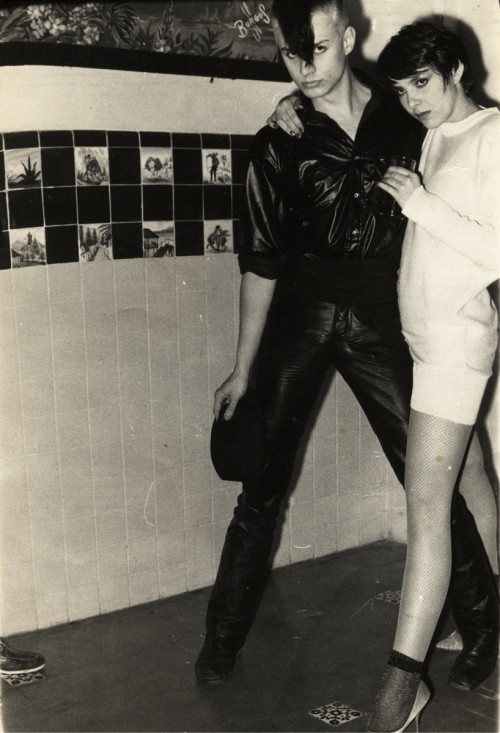 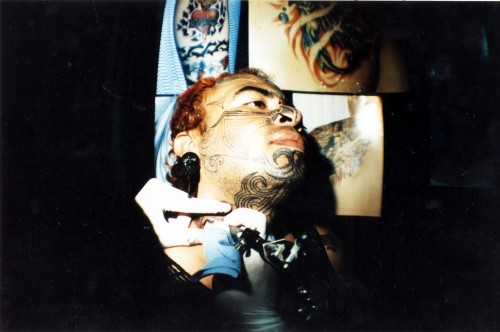 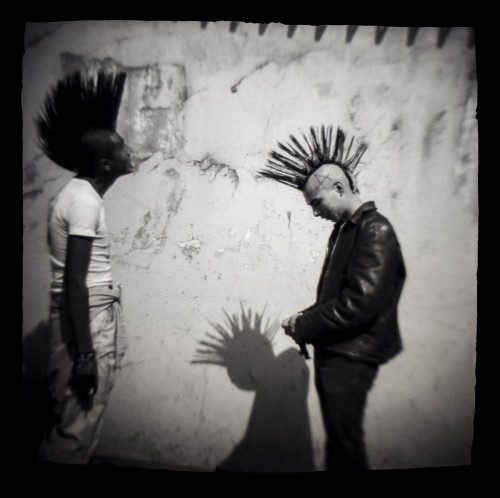