There are two values equally necessary for a dignified and satisfactory or at least bearable human life. One is freedom – and the other safety. One is not possible without the other: safety without freedom is slavery, while freedom without safety is nothing short of chaos, a sense of loss, the torment of incertainty and humiliation caused by ignorance about what to do and practical impossibility of finding a solution.
Zygmunt Bauman, Potrzeba wolności. Sztuka europejska po 1945 roku, MOCAK, 2014


Safety is one of basic human needs. No progress – another basic aspect of our lives – is possible without it. Safety gives us the sense of stability and guarantees its duration, the opposite of chaos. Without it fearless life and our existence in general is unthinkable. Paradoxically, there is a drawback to it as well: unwillingness to change that is a product of the need to order reality to achieve stability. Our need to be safe results from the need to counteract anxiety and threats. In the case of individual safety, our idea of sine cura comes from places we associate with past situations which we identify as sentimental, emotional, beautiful and full of love and thrilling – this is our phantasm of a state of happiness, wellness, reachness, liberty, expression and development. But a contradiction emerges here: safety, to some extent, excludes risk, thus rejecting the desire to progress related to the feeling of being safe – there is no progress without risk. So the exact opposite of safety is threat and fear of losing what we care about the most: life, respect, dignity and all goods.

Where are our safe places, how do we cope with danger, both individually and as a society or state? How do we generate ideas of those feelings, what do we expect from them or where do we find them? How do the mechanisms developed to provide us with the right conditions for feeling safe, that is family or state, function?

Joanna Pawlik’s Combat Shelter is a bipolar story. On the one hand, the artist consistently reflects on disability and exclusion. She touches upon invisible divisions in the world of art that mirror those in the society. She explores the boundaries between professional and amateur means of artistic expression and poses the question of the possiblity of their coexistence and resonance in the creative process [excerpt of A. Żechowska’s text]. By inviting two outsider artists from Wrocław, Kamil Kurzawa and Daniel Stachowski, to participate in this problem-based exhibition, Joanna Pawlik equates her own work with theirs, thus obliterating the dividing line between officially established professional art and the creative output of the Outsider Art visionaries. On the other hand, she comments on and reacts to danger and evil that are increasingly common nowadays. Safety and the state of emergency reveal their two aspects here: parallely we try to capture and situate safe moments and places discovered by outsider artists through and within art as well as focus on present-day fears ensuing from specific events happening in Europe and around the world.

Two works form the axis of the narrative. The poignant film called Lament shows a blind young woman singing a fragment of Górecki’s Symphony No. 3 – a mother’s lament over the death of her son who lost his life in the Silesian Uprising. Minimalism and the contemplative nature of the third part of the Symphony, the lament that sounds like a quiet lullaby clash with the great emotional load of the work, the mother’s pain after losing her child. Dorota Wach performs a capella, alone in a huge, dark, empty room which intensifies the mourning. Joanna Pawlik uses subtle light to illuminate her face, revealing the blind eyes staring at what is inapproachable to us.

Combat Shelter. The Middle Oder Line is an object by Daniel Stachowski and its overscale reproduction, a real shelter for everyone to hide and disappear in should they want to. This is one of many works by the artist fascinated with over 600 shelters built in 1928-39 along the left bank of the Oder, from Wrocław to Krosno Odrzańskie, known as the Middle Oder Line (Position). These fortifications constituted the main line of defence against attack from the East and were supposed to protect the region of Lower Silesia.

The problem of threat and methods of dealing with it is also investigated by Kamil Kurzawa in his works: Notebooks and animations from the TWSE (The Weirdest Show Ever) series. The notebooks or, actually, notebook objects alluding to cartoons, are collections of multiplications and various evolutionary forms of superheroes: coenocytes, chiefs, lords of vehicles, fighters. Every figure is thoroughly analysed, the artist has noted down all their predispositions, dimensions, potential, the kind of development, colour, armour and power, and these parameters are the heart of a figure’s ‘card’ to which successive visualisations – drawings depicting metamorphoses are added. When unfolded, each figure reaches up to 1.5 metre of ‘properties’, making the notebook an amazing living organism. The method employed in Notebook constitutes a therapy, a peculiar trance that allows the artist to overcome his fears by multiplying and feel safe surrounded by strong fighters. In his animations, Kamil Kurzawa directs fantastical missions carried out by his heroes, characters loaned from series, cartoons, manga: minotaurs, kings, protectors, invaders. We can recognize characters from Power Rangers, Star Wars, Dragon Ball, Baldur’s Gate or Shaman King. At times, action is moved from the fantasy world to Wrocław.

In the film titled The Ride of Your Life Joanna Pawlik outlines the tripartite division of the foundation of human existence: the need to be safe, the mechanisms meant to maintain the sense of safety and (unfortunately) its fragility associated with risk and real danger. She also brutally charms away and exposes the established popular images of luxurious life, uncovering the real, ruthless and inhuman dimension underneath (or next to) them: the real life. The colourful pages of advertisments for exclusive Malta holidays (where the film was shot) are suddenly invaded by a photograph depicting a boat with people struggling to survive. In the following part, the arist is sitting on a rock by the sea and folding advertising brochures to make boats with great care, offering sad and hopeless help. Paper boats put on rough waves overturn and sink.
—— Agnieszka Chodysz-Foryś

The majority of works displayed at the exhibition were created especially for this occassion or will be presented to the public for the first time.

We would like to thank Małgorzata Rel and Marta Hajdrych from the Stowarzyszenie Ostoja in Wrocław as well as Dorota Wach and Małgorzata Kafara from the Specjalny Ośrodek Szkolno-Wychowawczego dla Dzieci Niewidomych i Słabowidzących in Kraków. 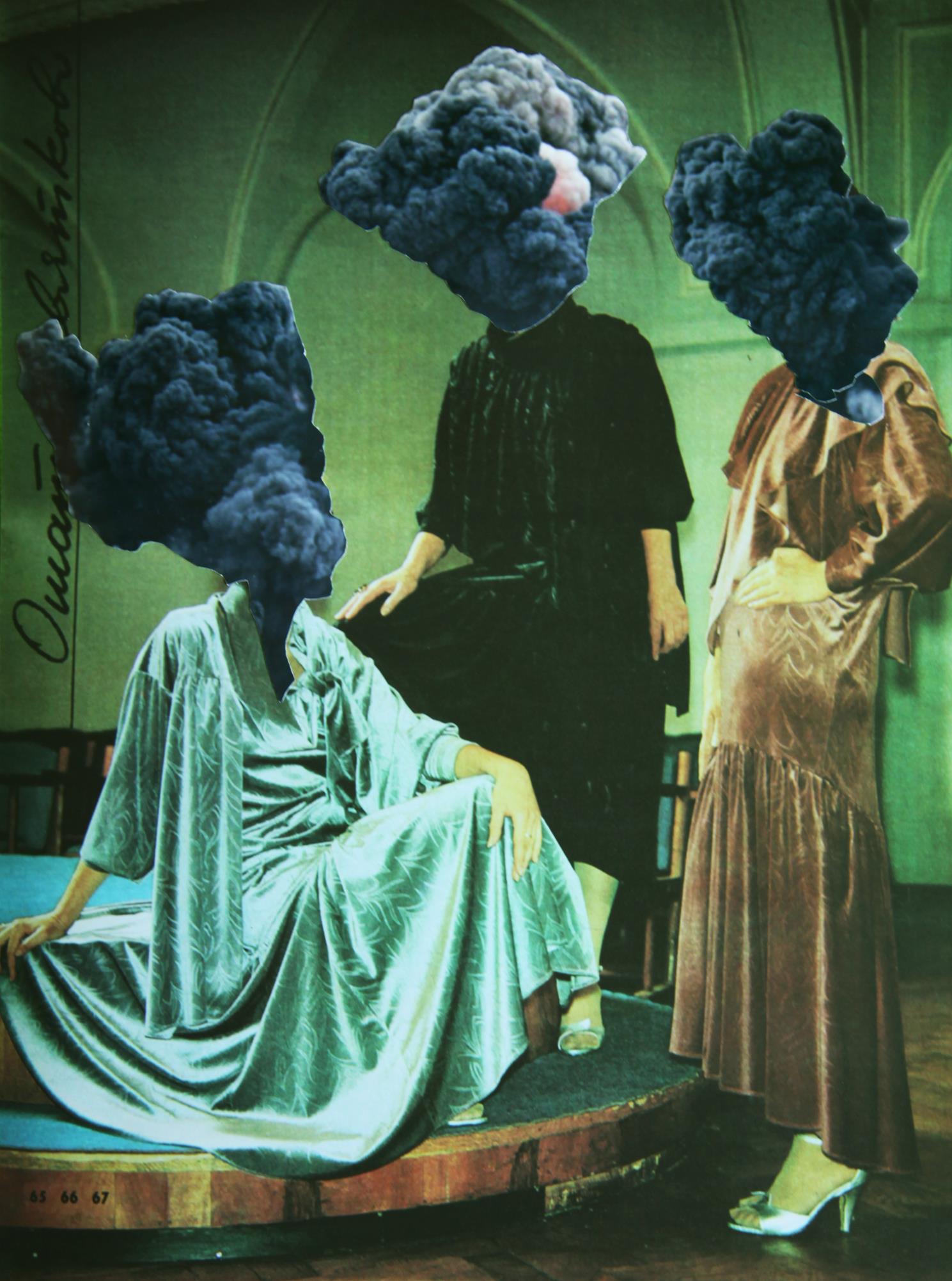 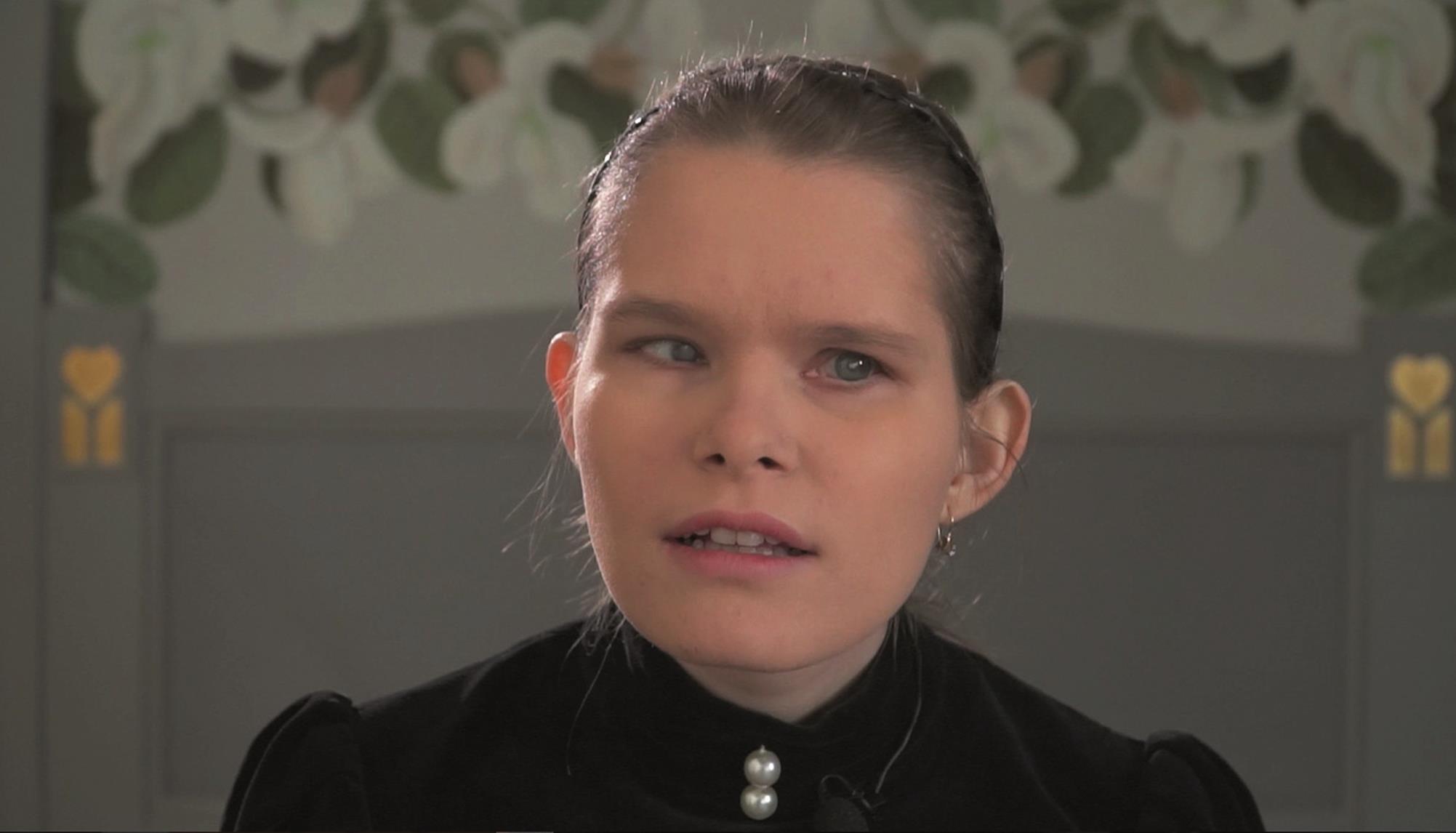 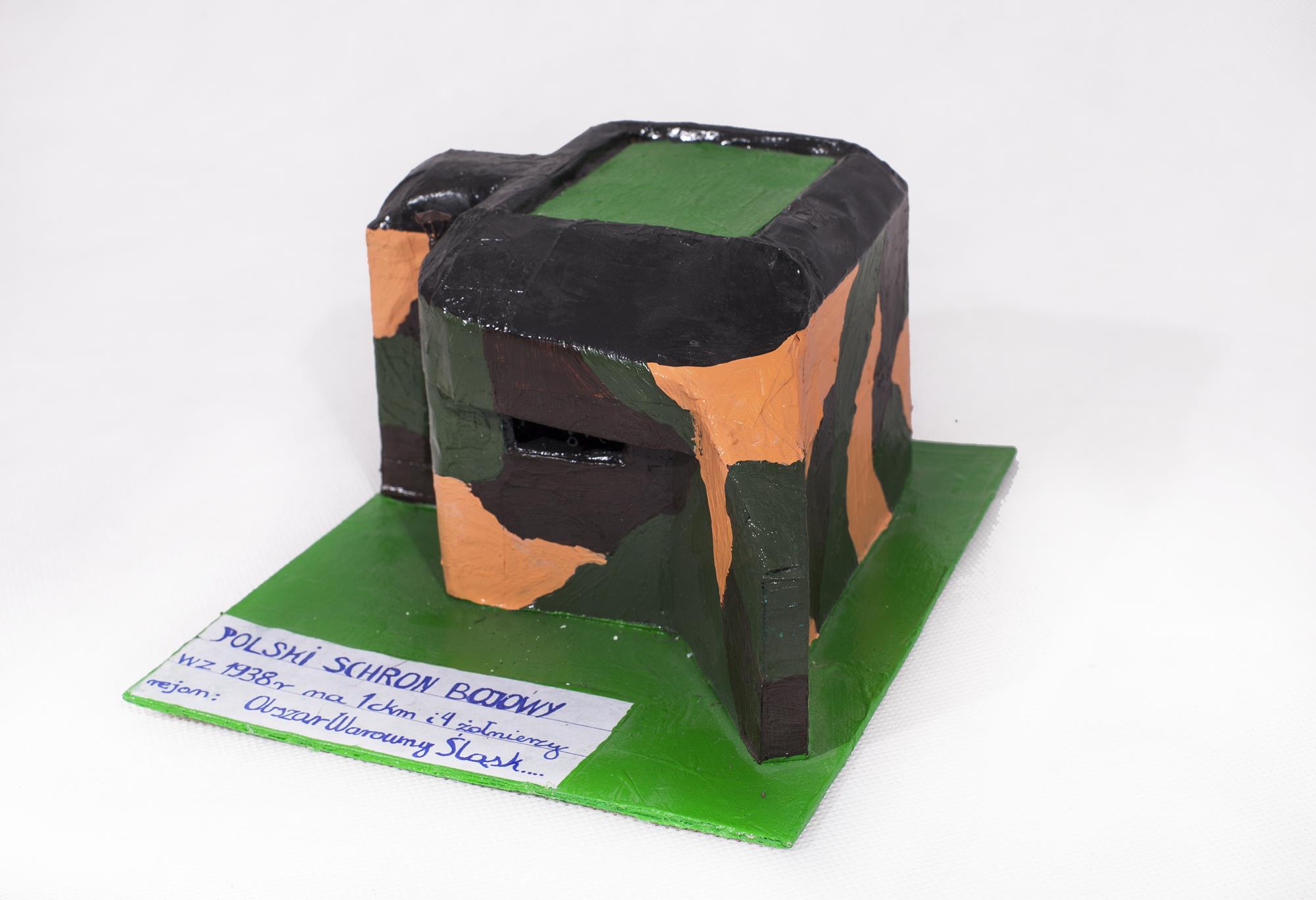 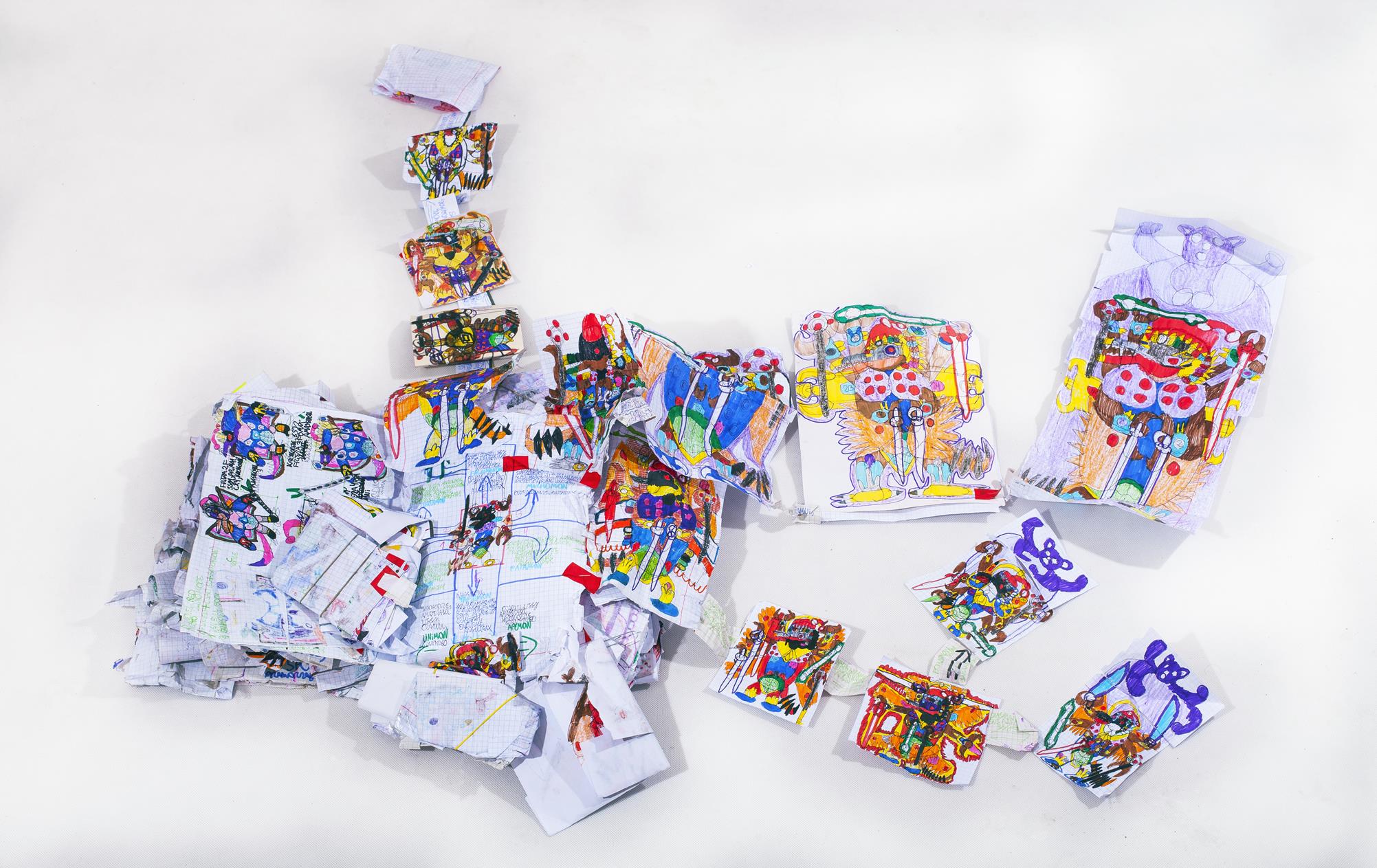 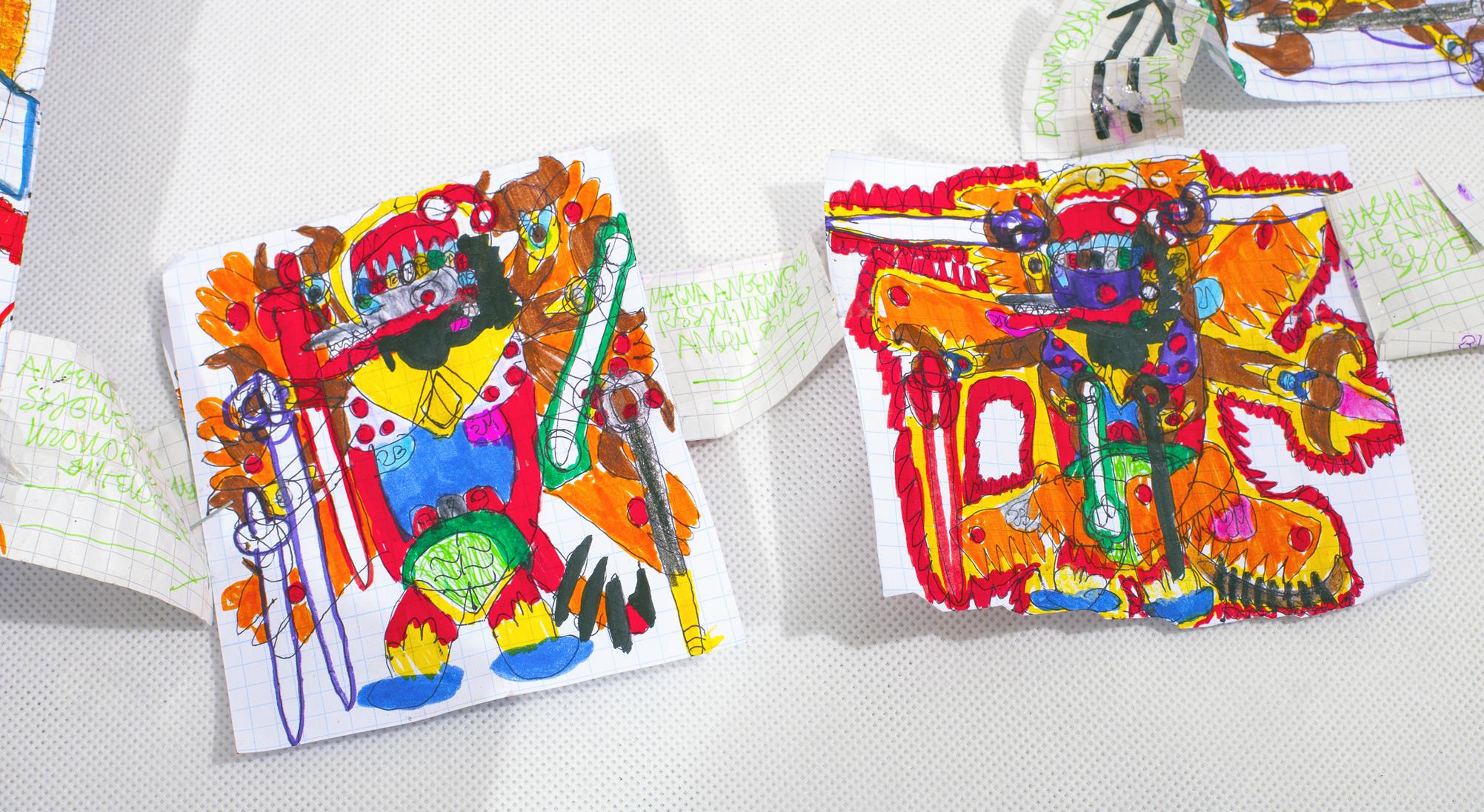