You look at the sun.
Then you return home and you can’t work.
You’re impregnated with all that light.

That which is given to us along with being and recognised by us in the particles of existence as a value may serve to illuminate our existence, but also direct it, leading to the discovery of our proper goals. Therefore, finding or coming across the radiation of sense can make us more radiant.

“Let there be light!” These are the first words of the Old Testament demiurge recorded in the Book of Genesis, according to which the Earth had previously been a formless void and wasteland, while darkness covered its vast waters. These words separated light from darkness and day from night, and their writing in the Pentateuch became God’s first message to mankind. The parable can be interpreted as a symbolic representation of the origins of good and evil, which gave rise to the dualistic vision of the world as a battlefield of two forces. However, when the problem of creation is approached from the perspective of science, for example physics, it turns out that the world could not exist without light. There would be no electromagnetic radiation, so space-time could not exist. Cosmology teaches us that the first body in the Solar System was a star formed as a result of the collapse of one part of an unstable gravitational cloud. Only later did planets begin to form. So in the beginning there was light, and Earth was close enough – and far enough – from its source for life to develop.

What is commonly referred to as light is the visible spectrum of electromagnetic radiation recorded on the retina. It determines the process of seeing, in which light reflected from an object passes through the cornea and enters the eye, generating a number of optical phenomena. One of them is glare, a basic parameter in a given light environment and an undesirable sensation in the process of seeing. Staring at the glare – the brightest surface in the visual field – causes persistent afterimages, which some people find fascinating. Interest in light phenomena may manifest itself in the desire to observe stars. Galileo, who observed the Sun using simple telescopes, was so determined to penetrate its mysterious brightness that he allegedly paid for his passion with deteriorating eyesight. Maria Cunitz, an accomplished yet somewhat forgotten astronomer from Lower Silesia and author of Urania Propitia, a book popularising knowledge on the laws of planetary motion, would certainly not have interpreted the glare of light reflected from Venus as an undesirable phenomenon. While staring at Earth’s “sister planet,” whose brightness is second only to that of the Sun and Moon, she discovered an impact crater on its surface that would be named after her. According to her contemporaries, she led a controversial lifestyle – sleeping during the day and remaining active at night.

The opposition of shadow and light is often used to illustrate the contrast between the unconscious and the familiar. The Enlightenment in particular symbolically glorified that which is rational, scientifically explicable, and therefore tameable. Perhaps this was the reason for J. W. Goethe’s celebrated deathbed cry of “More light!” Was this a request to open the shutters so that more light could enter his bedroom, or an Enlightenment postulate that the German poet wanted the posterity to ponder? Excessive faith in the power of ratio can have serious consequences. Science in the service of progress, aimed at eliminating the shadows and darkness, may eventually increase the contrast between the human and the nonhuman.

Illumination used to mean a state of mind that enabled the transgression of the limited human horizon. Often associated with the sensation of visual clarity stimulating the senses, it could trigger spiritual visions, as was the case with Jakob Böhme. Upon seeing the light reflecting off a tin vessel, this 17th-century Silesian mystic experienced a vision – he was enveloped by lightness and the secret of being was revealed to him. He went to the meadows, but the green grass and the entire world looked different, showing him the deepest essence of all things. Enlightenment is a central concept in Buddhist philosophy, in which it denotes a state or series of states achieved through meditation. The “luminous mind” is indispensable in the pursuit of self-development towards enlightenment, whereas “radiant light” that appears in Tibetan traditions can be understood as the nature of happiness, an inexhaustible source of enlightenment for the benefit of all sentient beings.

Alongside its visual impact, light also affects the sense of touch and wellbeing. Heliotherapy, or a form of phototherapy consisting of exposure to sunlight, has a positive effect on the nervous system and is used in the treatment of depression. Of course, temperature and climate influence our perception of sunrays. The intense sunshine in the south affects us differently than in the north. If we were to explain the sensation of being flooded with sunlight – the tingling warmth on the skin, the injection of vital energy – it could be likened to the “experience of glare,” felt inside and out. It is glare that became the starting point for Kama Sokolnicka’s latest exhibition. The artist drew on the broad meaning of this term while working on her project. The new works featured at the exhibition show references to various aspects of the phenomenon. Glare is primarily associated here with a dazzling or blinding light, often reflected, hinting at the crucial influence of solar energy on the life on our planet. Being in the full glare can denote that an object or person receives a very large amount of public attention, perhaps due to their “glamour” or “brightness.”

The work Heralds of a New Order, which opens the exhibition, offers a brief look into the future. The fluttering piece of silk refers to the history of emancipation movements. The print on the fabric depicts a flag – a form used in various navigation systems around the world. Depending on the message or motif placed on it, the flag can symbolise power, social organisations, ideas uniting or dividing societies. In this case, the banner displays the motif of a pleated skirt. When moved by air, both the fabric and the print begin to wave, making the depicted garment dance to the rhythm of movement. The animated image brings to mind the slogan “If I can’t dance, I don’t want to be part of your revolution,” attributed to Emma Goldman, an activist working in the first half of the 20th century. It seems that the decision to place a motif connected with femininity on the flag emphasises the fact that social changes, albeit necessary, are occurring too slowly. The installation Passive Fire Protection refers to internal reconciliation and a place of contemplation. By juxtaposing the materials, lighting and sounds, the work creates an unobtrusive space for the visitors to the exhibition. The looped video In the Curved Air prompts the audience to look on the bright side of simple everyday situations. Meanwhile, Death Valley, 42°C is a work about the dangers of excessive sunshine, the merciless, scorching sunlight that brings high temperatures, heralding the climate emergency caused by manmade transformations of the natural environment.

Kama Sokolnicka’s artistic strategy is conceptual in character and resembles film editing. The artist’s works are semantic constellations consisting of selected points that trigger further associations and references. The essayistic narrative about the matter and meanings of light concerns not only human needs, but also the future of life on Earth. Of crucial importance for the works are the materials. In the past, we would call them “true,” in the modernist sense of “truth to materials.” From today’s perspective, a more appropriate word would be “natural,” i.e. selected with care for the environment, and therefore noble, but not necessarily precious. Brass, silk, wool felt, wood, ink, paper, plaster, natural stones are semantically loaded due to their very characteristics. Brass is used in the artist’s works not only because of its colour, light reflection and thermal conductivity, but also because the microscopic image of this alloy reveals its dendritic (tree-like) structure.

Felt, in turn, has exceptional thermal and acoustic insulation properties, allowing it to keep warmth and thus creating excellent conditions for incubation and growth. Vermiculite is a material commonly used in gardening and hydroponics; due to its absorption properties, it increases soil moisture and aeration, while covering objects with it guarantees fire resistance. The protective characteristics of the elements used by Sokolnicka in her installations bring to mind the practices related to plant cultivation, thus indicating the artist’s special mindfulness and care for the environment. These qualities are present in Sokolnicka’s practice in the context of both material selection and the creative process itself.

Kama Sokolnicka’s Glare is a project about mindfulness. However, it is not just about the individual, internal experience of the world, but rather about an attitude rooted in good understanding of one’s own place in the surrounding reality, in the awareness of being part of a larger whole. To paraphrase the words of philosopher Jolanta Brach-Czaina, “the point is to understand what connects us and what divides us when looking at a stone, a shoe or a cockroach. How do we exist? What for? What values do we embody?” [1] The point is to understand better thanks to the shine observed on the wall. 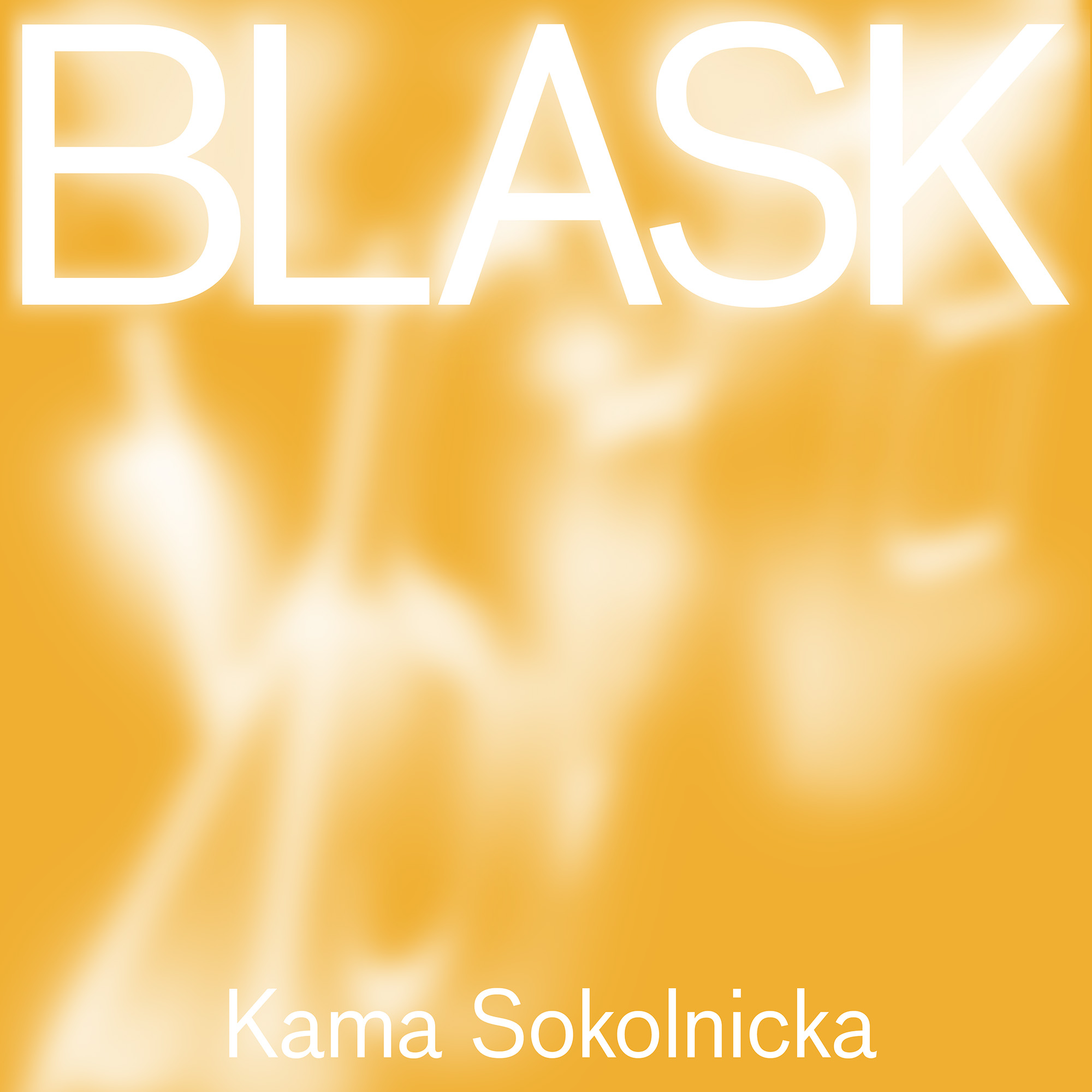 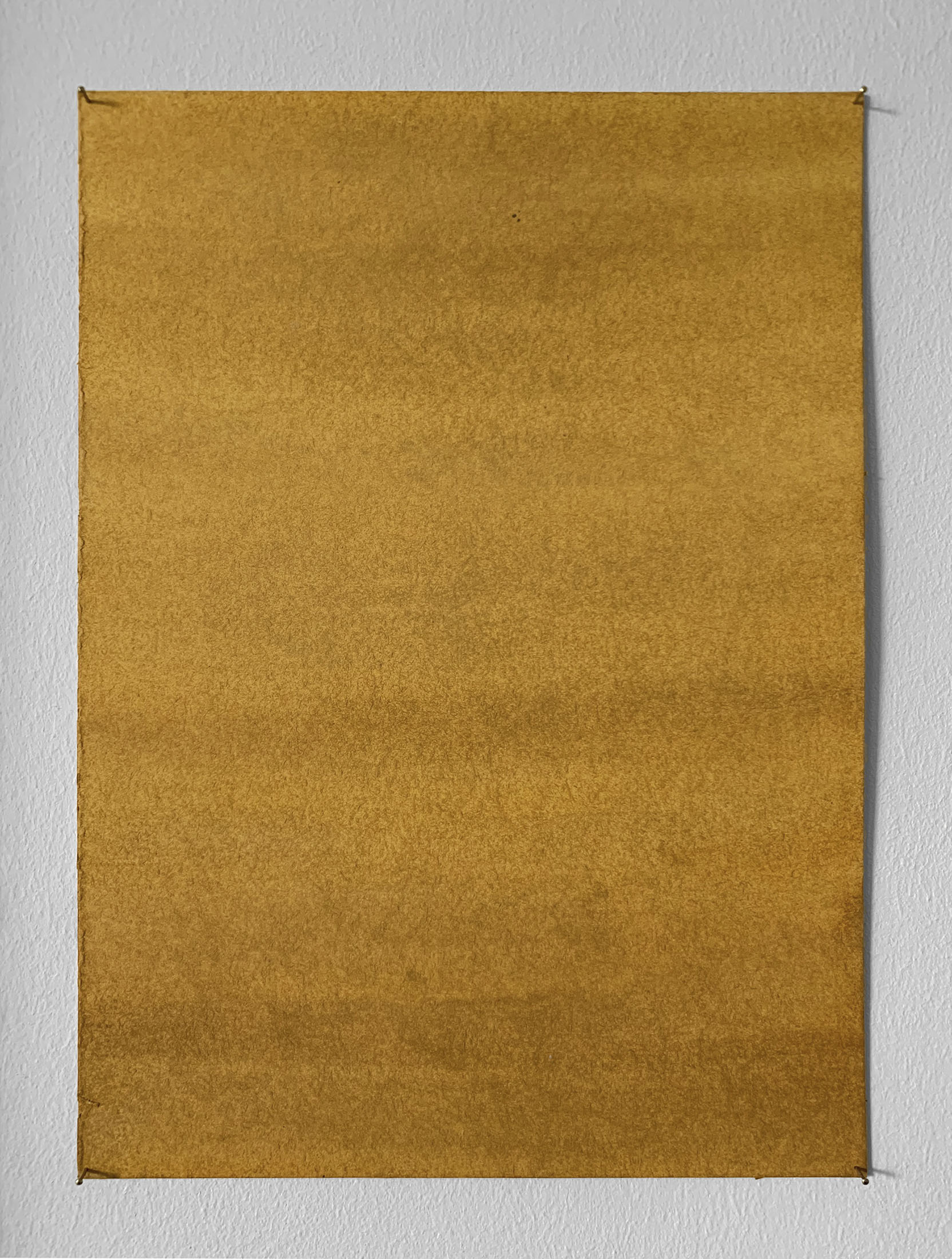 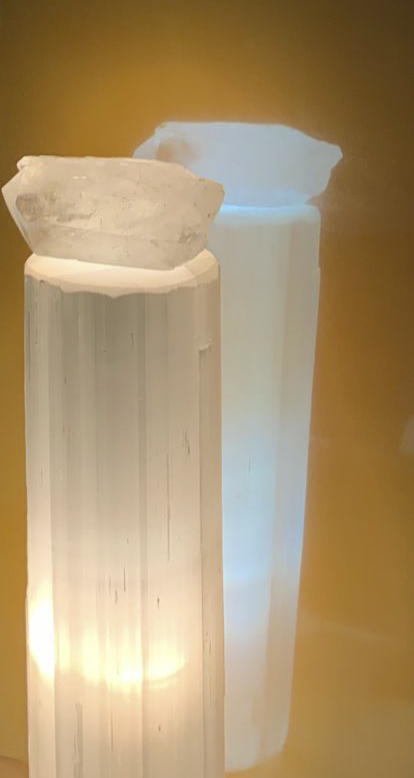 Crystal Stranglers, 2021, part of the installation 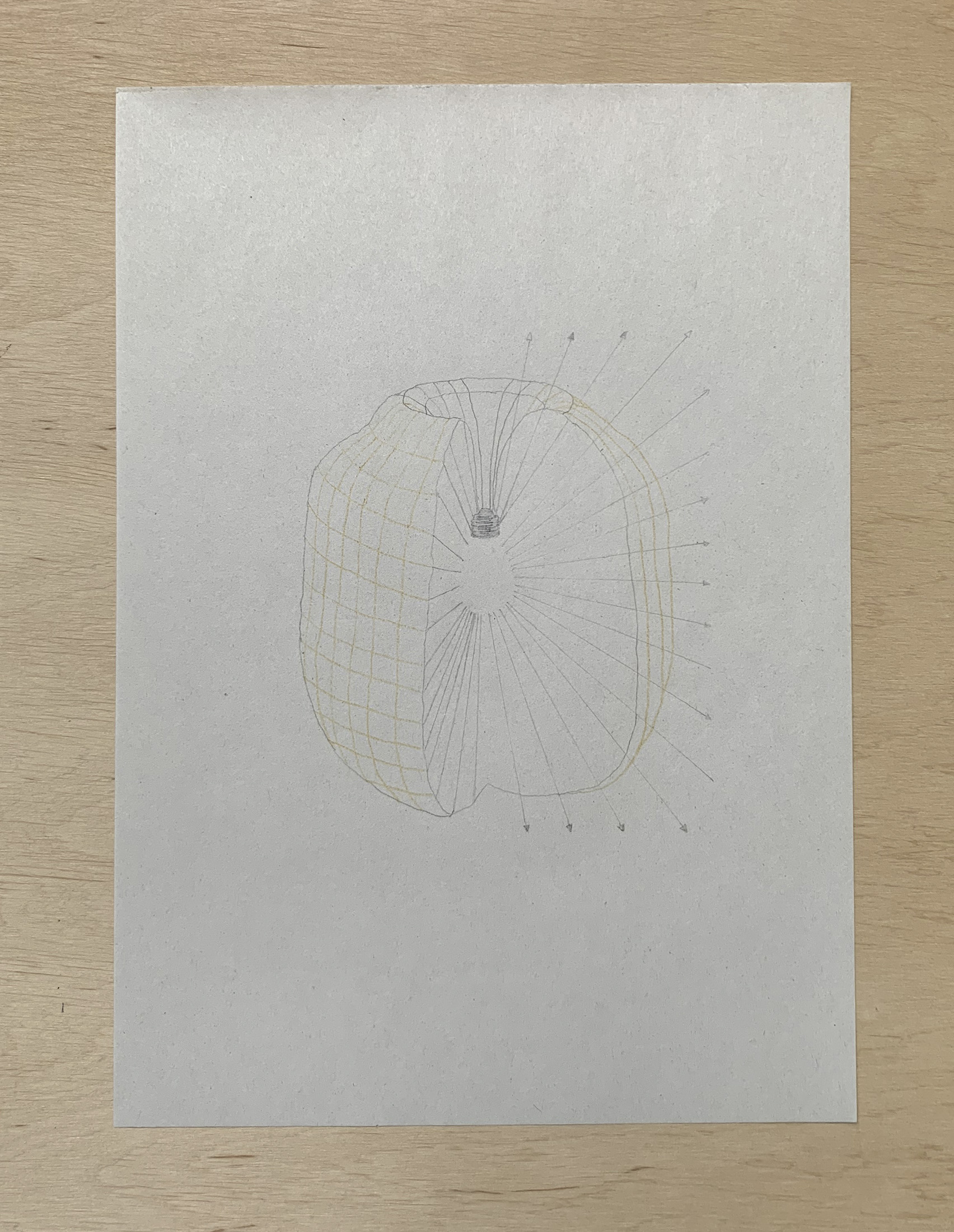 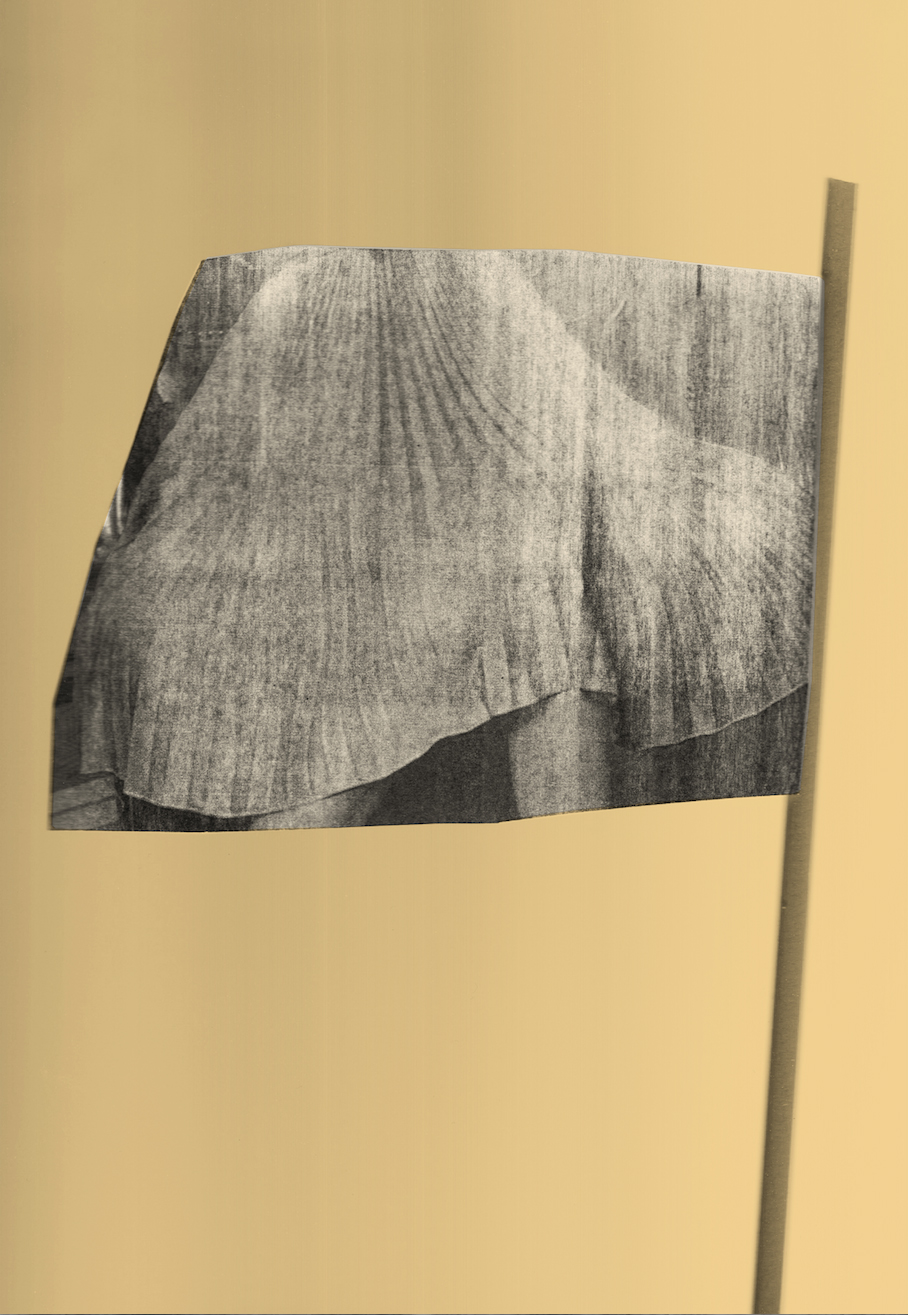 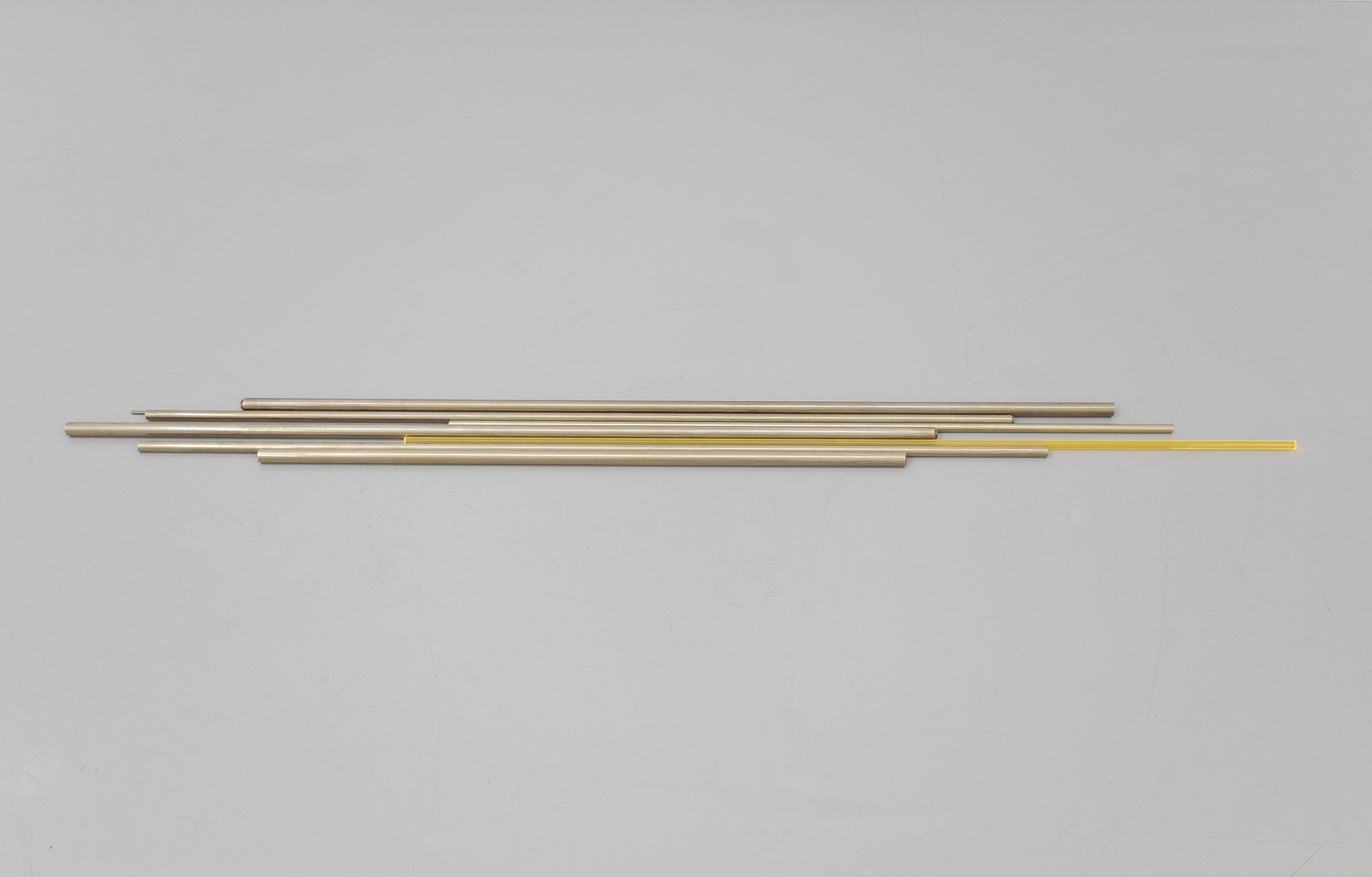 To Exit the Solar System This Month, 2016, sculpture