Among the objects designed by Krzysztof Meisner were the famous “Osa” scooter, the “Beskid” passenger car, and the “Druh” and “Alfa” photo cameras. These projects made him one of the most recognizable Polish designers. He is less known for his work connected with architecture and urban planning, probably due to the fact that it included only drafts and several articles that were published in the Projekt magazine.

The main part of this exhibition shows his schematic sketches developed into more or less real projects that were created on the basis of an analysis of similar examples in the history of architecture. Cities on Sputniks, villages attached to airships, cars that are designed like lifts to apartments – these crazy ideas share the picturesque set known from science fiction films. But it is not the only value in Meisner’s ideas…

Preparation of the exhibition: [jA] Jednostka Architektury, Union of Polish Architects, Academy of Fine Arts and Design in Wrocław 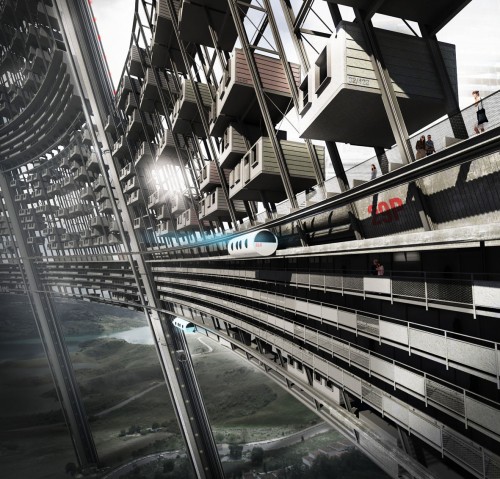