“Maciej Monkiewicz: (…) would you rather describe yourself as an action painter, or as a medium that transmits impressions? Because you often talk about resonating, about body resonance. Is your painting a physiological action so to speak, or…

Krzysztof Mężyk: No, it isn’t. It is accompanied by a certain state of mind, and the body becomes a kind of external tool to create images. For me, the body is external in that I happen to paint in a peculiar way, I resonate in this way. But I’m not talking about a certain form of dance at all. I am undoubtedly a medium; certain things surface from my sensitivity, from my mind and my feelings. This is important to me, more important than just trying to record my physical wellbeing or the way in which a certain action emerged. (…) I engage in a polemic with the image, it responds to me and I change something in it. It is a form of a relationship with myself, holding a dialogue with myself… On the one hand, I am led by the work, but eventually it is me who leads the work. So what is the truth?”

was born in 1984 in Cracow. In 2009 he graduated from the Academy of Fine Arts in Cracow, where he studied painting in Professor Leszek Misiak’s studio. He was awarded the first prize in the national competition “Interior” (2011) held by the Zielona Marchewka Foundation for the Development of Art. He has had several individual exhibitions (“Stilleben”, Zbiornik Kultury gallery, Cracow, August 2010; “Gestaltung”, Galeria Florianska 22, Cracow, April 2011; “Bringing out”, Zielona Marchewka Foundation for the Development of Art, Warsaw, May 2012; “Qualia”, BWA Nowy Sącz, July 2013) and participated in collective ones. He lives and works in Cracow 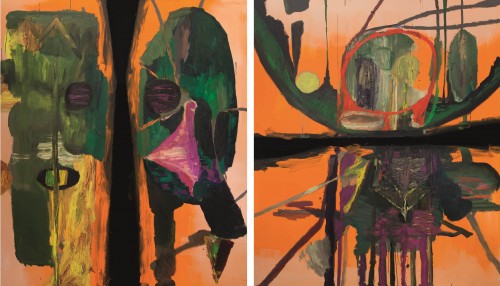 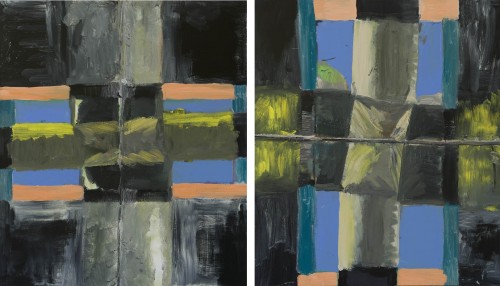