Eyesight is often likened to a camera that takes objective pictures of reality – the lens focuses the image on the retina, where there are 130 million photoreceptors, so you could say that the eye is like a 130-megapixel camera.

However, this comparison is wrong – our eyes do not see the world objectively, human perception is influenced by cultural or emotional factors, for example. What is more, there are various types of physiological disorders of the eye, among them cataracts. This disease causes the loss of visual acuity and the clouding of the lens, which makes it difficult for light rays to reach the retina, thus impairing visual acuity. The condition may be congenital, acquired or hereditary.

Krzysztof Solarewicz’s fear of the cataract, which he is likely to develop because of having been diagnosed in his family, has provoked him to deal with it through photography. The resulting photos can therefore be approached as a peculiar exercise in seeing, an approximation of how the disease could progress and anticipation of its development. Fear is therefore an important factor driving Solarewicz’s creative practice, affecting his perception and determining what and how he photographs.

How can a photographer come to terms with the progressive loss of vision? Will it change his perception of reality? Is the constant pursuit of sharp focus caused by the fear of losing control over the image and over life in general? Or perhaps the spectre of the impending disease, and finally the disease itself, will prompt him towards improvisation, going beyond Flusser’s theory of the camera and beyond his own limitations and fears?

Krzysztof Solarewicz’s exhibition accompanies the 11th International TIFF Festival 2021 and is part of celebrating the 20th anniversary of the Creative Arts Centre in Wrocław. The CAC is founded on the premise of mutual sharing of work by artists exploring various fields of art.

For this reason, Kuba Suchar will give an improvised concert on the opening night of the Cataract exhibition at MWW, Filip Zawada has written a text especially for the occasion, while Miłosz Wiercioch has prepared the poster and part of the exhibition design. This free cooperation was triggered by the photographs and the story conveyed by them. The idea is rooted in the desire to accompany each other, it is not an attempt to make a joint artistic statement. Each participant in the exhibition and concert becomes a companion in this shared journey, connecting these statements into one, unique message.

Krzysztof Solarewicz is a photographer and teacher of photography. He has been associated with the Frank Zappa Group and the Creative Arts Centre in Wrocław for over 20 years. His works have been published in two albums, Przedostatni Stan Skupienia (2009) and Poród (2016). He has participated in individual and collective exhibitions, including The Wild Pack (2010, Magazyn Praga, Warsaw); Biology, Physics, Chemistry (2010, BWA Design, Wrocław); Skin (2013, Maison de la Photographie, Lille); Outskirts (2014, Reykjavik), Weather Forecasts (2015, Miejsce przy Miejscu, Wrocław), I Put a Black Cat to Sleep (2017, Miejsce przy Miejscu). Co-curator of over a dozen original art books, including the album Fenomenalne Powierzchnie Tnące (OPT, 2014). 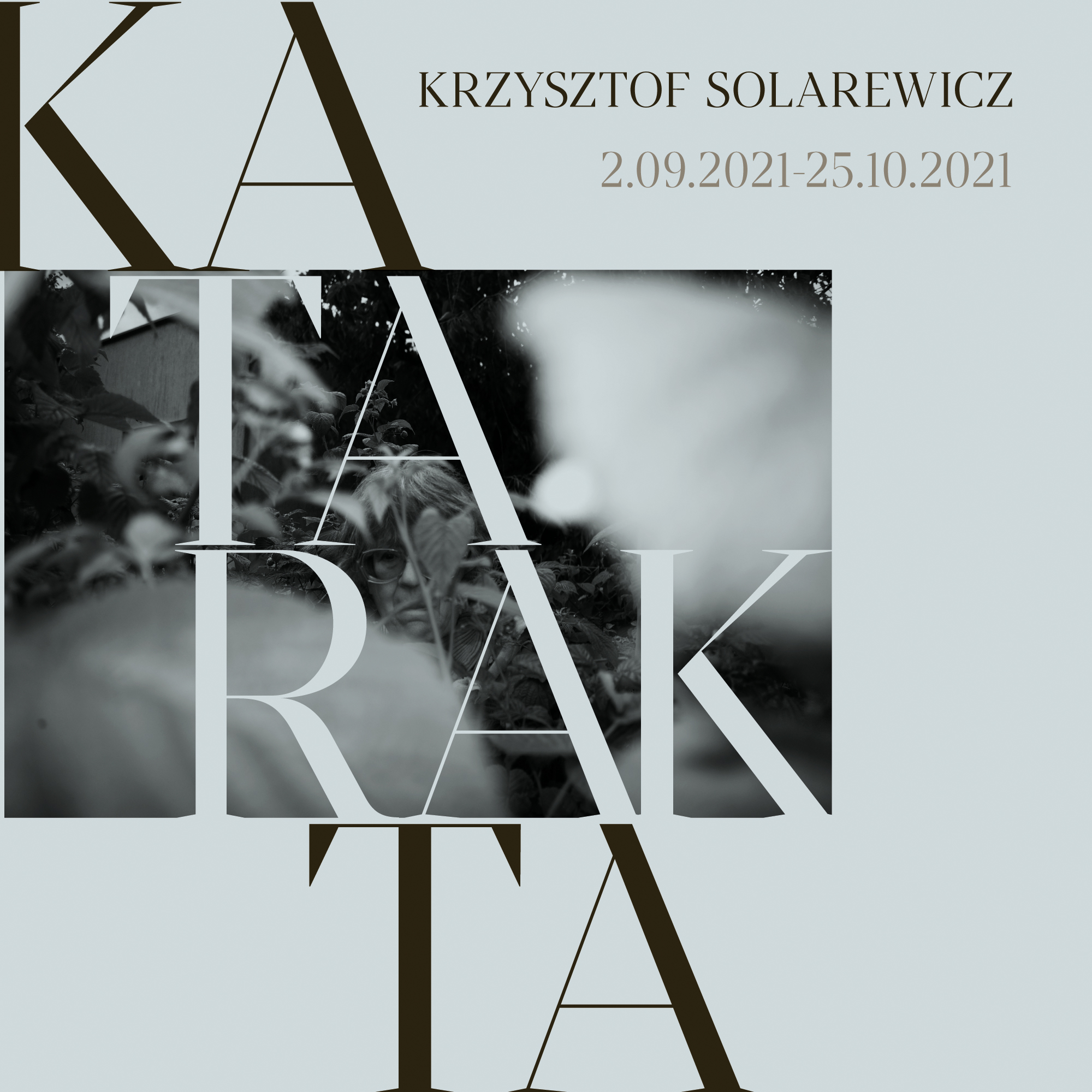