The artists in the context of Wrocław Contemporary Museum

Kudlicka / Gołkowska is the second instalment of an exhibition that was presented for the first time at the Studio Gallery in Warsaw in autumn 2020.

The curatorial concept is based on the juxtaposition of works by Wanda Gołkowska (1925–2013) and Marlena Kudlicka (b. 1973), who didn’t previously have an opportunity to come into direct contact as artists. Looking at their works created in different times and environments, points of contact can be found that initiate an artistic dialogue between both of them. The joint exhibition opens up new possibilities of interpretation, showing the sources of Kudlicka’s practice as well as the constant topicality of Gołkowska’s oeuvre.

Wrocław Contemporary Museum has become the next link between Gołkowska and Kudlicka, prompting an analysis of the artists’ presence in the history and collection of the institution and a closer look at their artistic practice.

Gołkowska’s Triple Disapprover from 1971 is part of the Jerzy Ludwiński Archive, a permanent exhibition designed to show the significance of Ludwiński’s theoretical activity in shaping the art scene of Wrocław and Poland at the turn of the 1960s and 1970s. Based on the idea of establishing an international database of artistic information resembling a patent office, the work refers to the joint reflection of the artist and the theorist on the problem of artistic overproduction.

In 2016, MWW was the venue for Marlena Kudlicka’s exhibition Quality Control and Standard Verification (19 February–14 May 2016). Works from the following cycles were shown: made of iron and celluloid (2012), unprotected 0 (2014/2015), Lecture as a contour of A. The beginning of shape (2015) and a divided dot (2015). The exhibition analysed the way in which the artist examines the typographic shape of language and the very way of transmitting and forming meaning. Kudlicka is interested in the processes of mechanical reproduction and the inevitable margin of error and correction they allow. She applies this uncertainty and the calibration factor to the language of communication and the contours of sculptures.

The exhibition was dedicated to Stanisław Dróżdż, an artist from Wrocław, drawing attention to a thinking about language that was close to both artists.

One of the principles of the Wrocław Contemporary Museum collection, which has been developed since 2011, is to create a narrative based on the rich history and achievements of the Wrocław conceptual scene, extended and supplemented with contemporary international practices.

The concept of the museum and its collection stems from Jerzy Ludwiński’s idea of the Museum of Current Art. The artistic and theoretical connections between Ludwiński and Gołkowska permeate the latter’s activity and determine the language of her conceptual art. Gołkowska’s works in the MWW collection address questions such as the aforementioned overproduction of art (Monument to Art, 1974), the applicability of mathematical rules (Double Figure from the series Fi, 2000), the creation of systems (Collection – Catalogue, 1976), the study of language (The “Earth” Collection, 1972) or the inclusion of mechanically produced elements in the compositions of works (Architecture of Image No. 12, 2000).

In 2015, Marlena Kudlicka’s work Protocol of errors on.e (N) (2014) was added to the collection. In this context, and in particular in the context of Gołkowska’s works included therein, the piece can be viewed as an attempt at entering into a dialogue with the Wrocław scene of the 1960s and 1970s. Kudlicka’s practice is rooted in the avant-garde abandonment of the image as an interpretation in favour of a transition towards sculptural forms, in which space is an integral constituent of the work. The very language of Kudlicka’s work was shaped on the practice of the doyens of conceptualism, in this case Jarosław Kozłowski and Jerzy Kałucki. She extends it to include concepts from the world of mathematics and human life – error or uncertainty. Taking as her starting point the study of contradictions – whether in cognitive processes or physical actions – the artist looks for a point of balance. She shows the tensions between contradictions through the language of materials, colours and dispositions of forms.

The exhibition of Marlena Kudlicka’s works in Wrocław features a series of sculptures called Apostrophe, Catastrophe and Participle from 2020, previously shown in Warsaw. The presented works by Wanda Gołkowska come from the MWW collection, other public and private collections, as well as from the artist’s heirs.

The design of the Kudlicka / Gołkowska exhibition in Wrocław takes into account the uniqueness of the museum space. Due to the very nature and importance of the venue for both artists’ work, new contexts will emerge that could not materialise in Warsaw.

Marlena Kudlicka (b. 1973) studied at the Academy of Fine Arts in Poznań under Jarosław Kozłowski. She is associated with Berlin. Her activities are rooted in conceptual art.

Wanda Gołkowska (1925–2013) was one of the first students of the State Higher School of Fine Arts in Wrocław; she lived and worked in this city. After graduation, she began to move away from traditional painting towards spatial forms and conceptual art, but she never completely abandoned painting and drawing. Instead, she treated them as a field of experimentation.

The exhibition will be open to visitors on 19 March 2021, from 12 to 8 p.m. During this time, Marlena Kudlicka and Paulina Olszewska will be available for conversation in the exhibition space.

Important organisational information
– an official opening and speeches are not planned,
– a maximum of 5 people can be present at the exhibition at the same time, so please be patient and show understanding while waiting for your turn,
– we remind you to maintain social distance, cover your nose and mouth and disinfect your hands before entering the building,
– before entering the museum, you will be asked to complete a statement regarding contact with persons infected with SARS-CoV-2. 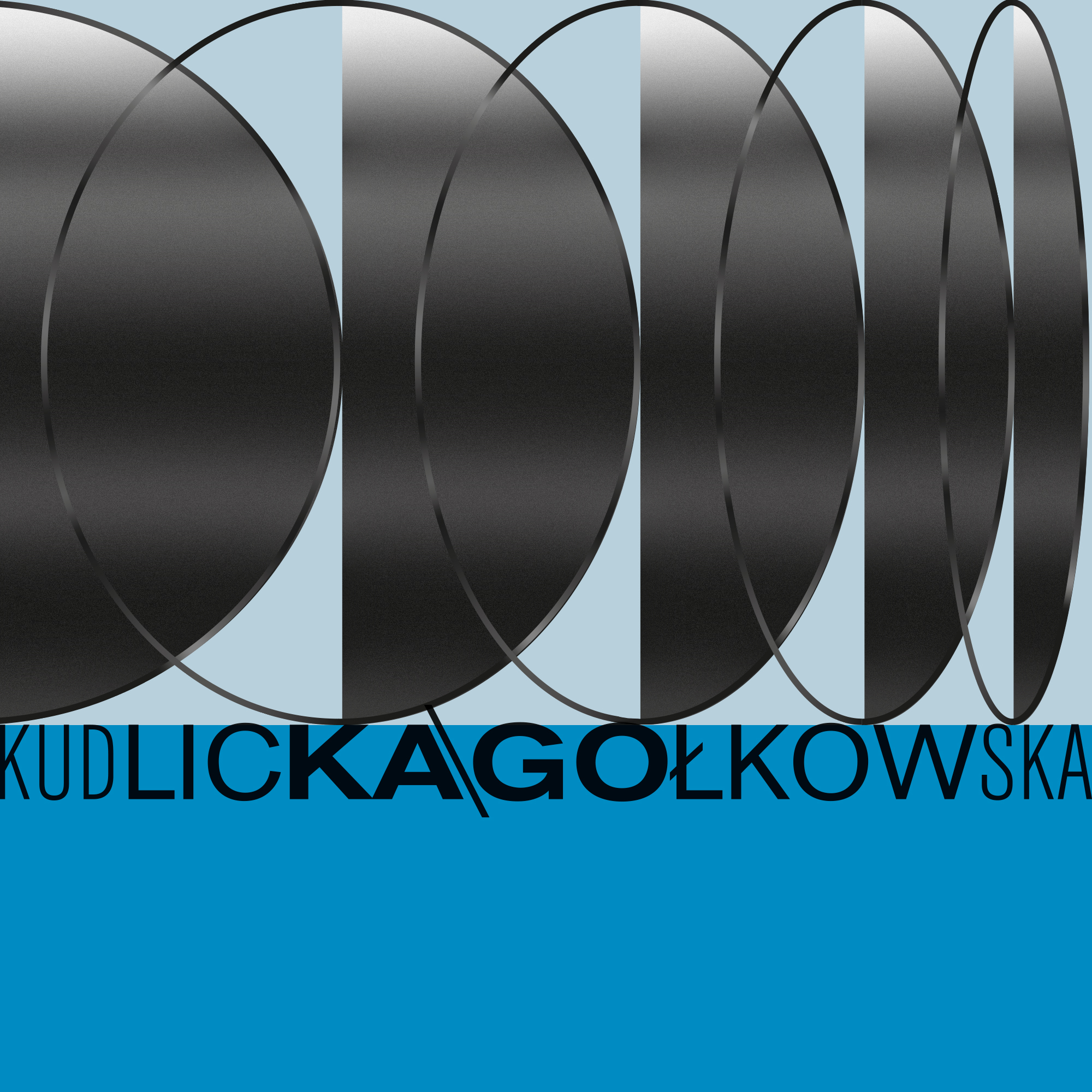 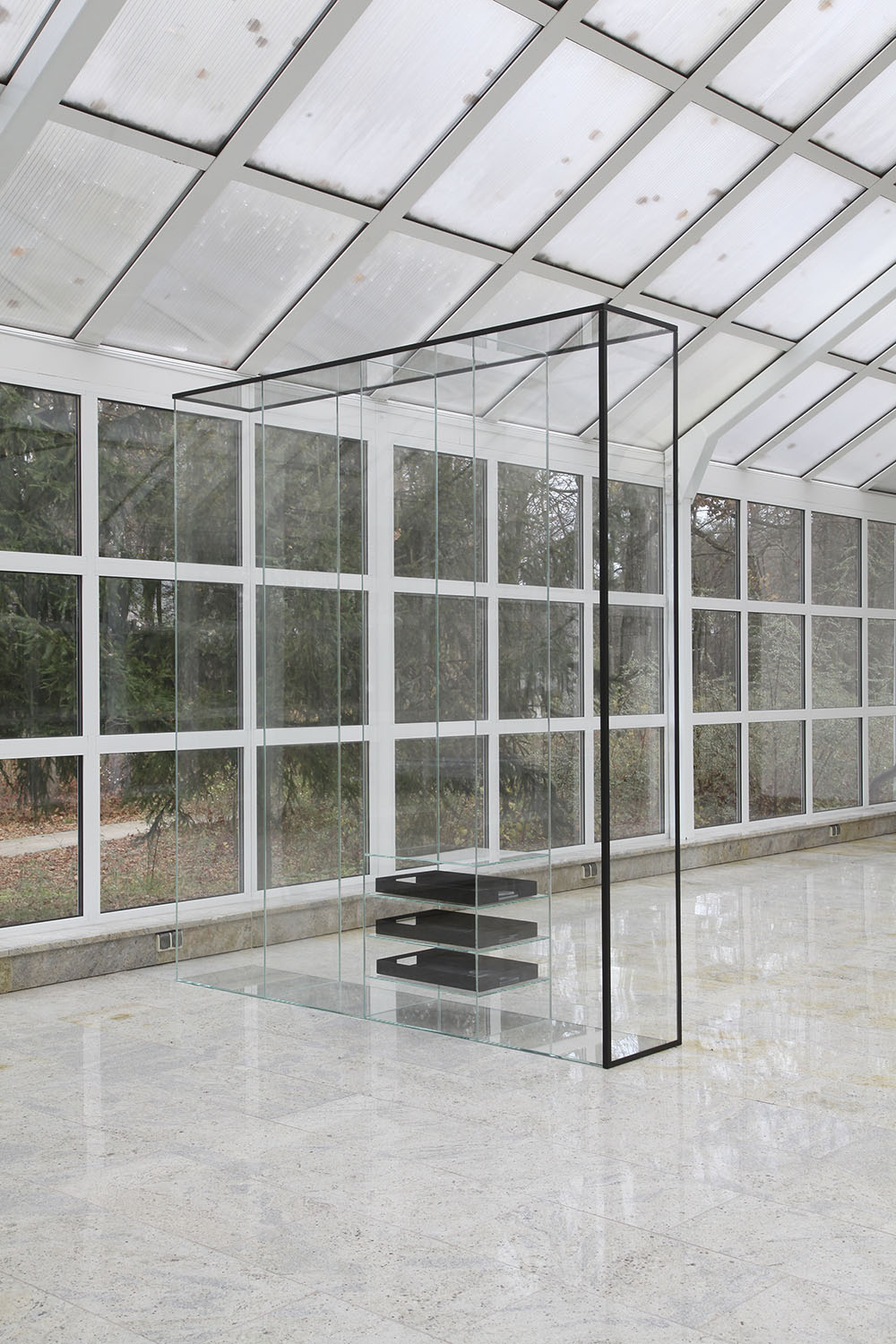 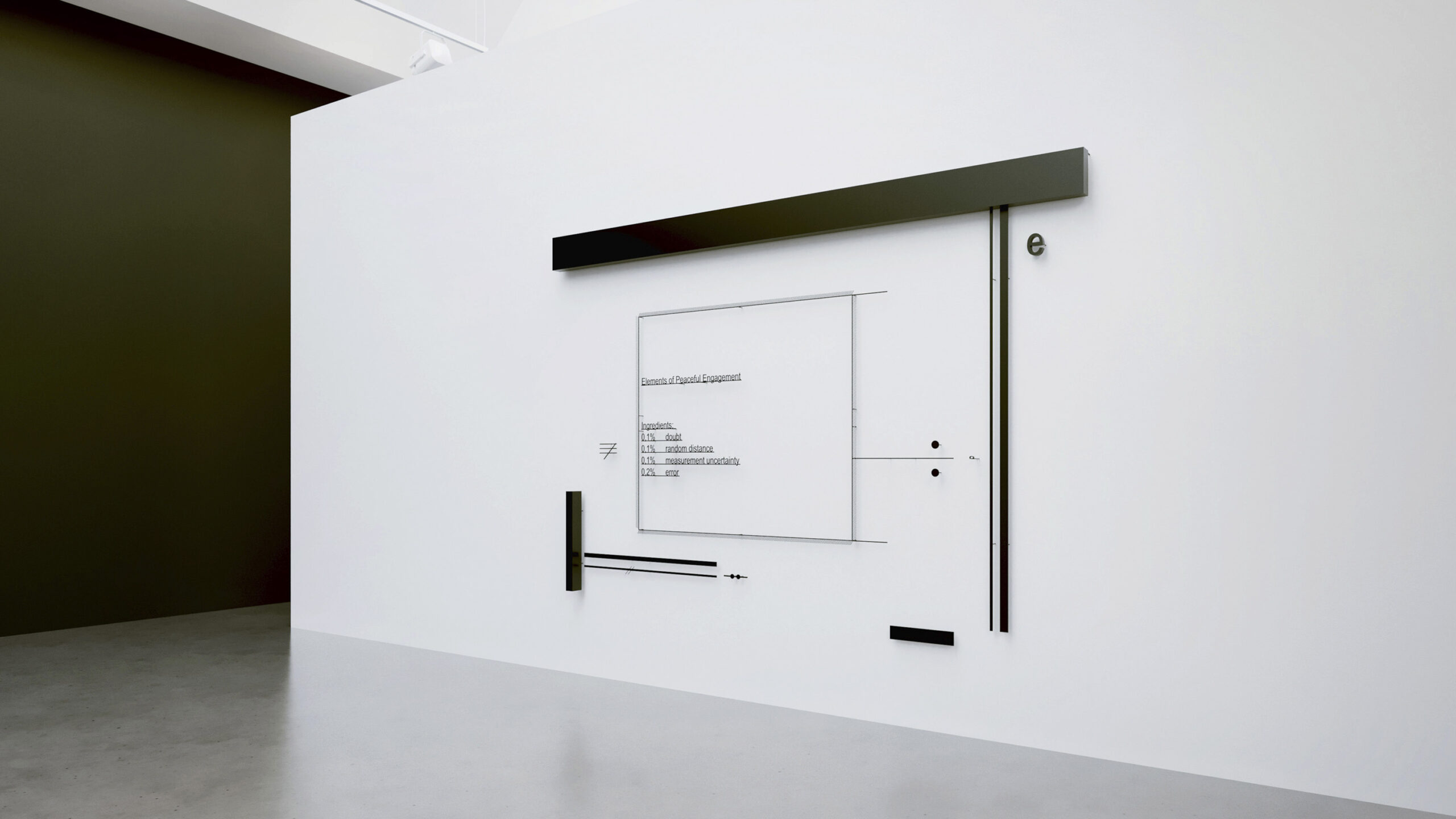 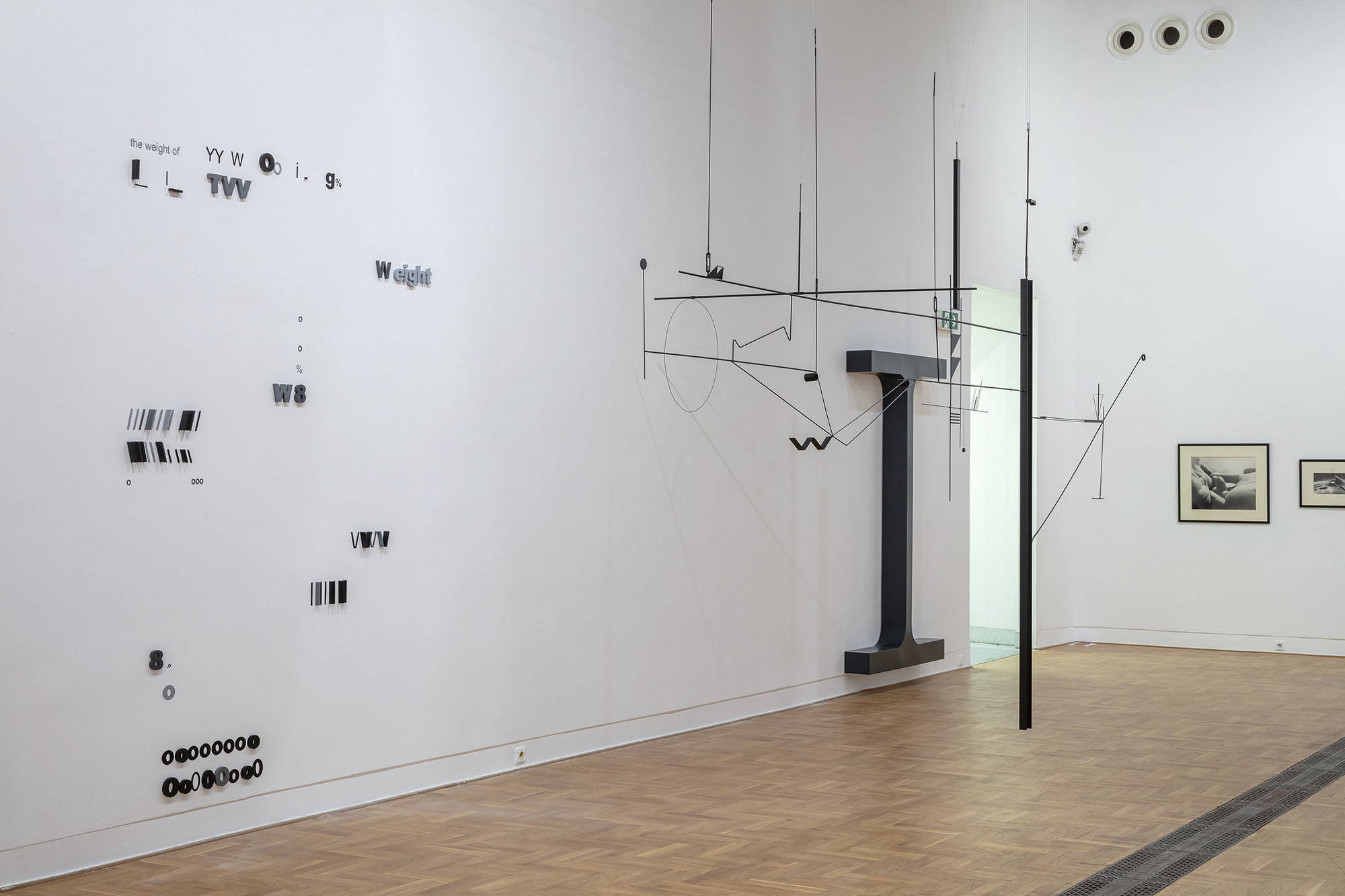 Wanda Gołkowska, from the series Of Blues, 1976, painting, 101 × 101 cm, acrylic, canvas, Collection of the Zachęta Lower Silesian Society for the Encouragement of Fine Arts