On May 20 Wrocław Contemporary Museum will be open from 4 PM. Cafe Museum will be open from 12 PM.
For this year’s Night of Museums (6 PM – midnight), Wrocław Contemporary Museum has prepared a tour of the exhibition “Black Spring. On Wrocław’s Independent Music Scene of the 1980s”, led by its curators Piotr Lisowski and Paweł Piotrowicz; a meeting with Joanna Pawlik and a visit to the exhibition “JOANNA PAWLIK feat: Kamil Kurzawa, Daniel Stachowski. COMBAT SHELTER” with its curator Agnieszka Chodysz-Foryś. Children and not only them will enjoy playing with PIXELOSIS – Patrycja Mastej’s interactive installation. Of course, admission to all permanent and temporary exhibitions will be free of charge.

8.30 PM:curator-led tour of the exhibition “Black Spring. On Wrocław’s Independent Music Scene of the 1980s” / curators Piotr Lisowski and Paweł Piotrowicz (levels 3 and 4)

6 PM – midnight:free admission to all permanent and temporary exhibitions.

JOANNA PAWLIK feat: Kamil Kurzawa, Daniel Stachowski. COMBAT SHELTER
Curator: Agnieszka Chodysz-Foryś
Joanna Pawlik reflects on art, disability and exclusion. She touches upon the invisible divisions in the art world and in society. Her project “Combat Shelter” refers to works by Daniel Stachowski, an amateur artist from Wrocław, the current socio-political situation in Poland and the world, and the ensuing problems connected with finding shelter, care, or the sense of danger. The exhibition at MWW features Pawlik’s works alongside objects, drawings and videos made by Daniel Stachowski and Kamil Kurzawa – outsider artists associated with the art therapy studio run by the Ostoja Association in Wrocław. The narrative revolves around the eponymous “Combat Shelter”, which is an over-scaled object modelled on one of Stachowski’s pieces.

Jerzy Ludwiński Archive
A permanent exposition-research space, which combines elements of an exhibition, archive and art warehouse. This triple structure conforms to the main role of the Archive, that is presenting Jerzy Ludwiński’s intellectual legacy and its significance for the formation of both Wrocław and Polish artistic scene at the turn of 1960s and 1970s.

LEVEL 1
Natalia Mikołajczuk / Cosmos. Atlas
Mikołajczuk’s photographs visually document a moment in the life of a place. We do not know where it is, or even if it belongs in this world. Abandoned objects, artefacts, rocks, natural sculptures – traces left by human (?) presence. A perfect setting for a midnight story about loneliness. A moonlike landscape, devoid of people, just after they have left or perhaps a moment before their arrival?

PIXELOSIS* an interactive installation in the Self-service Museum
Made by Patrycja Mastej. Curated by Magdalena Skowrońska
The installation in the Self-service Museum consists of a large mass of colourful magnetic elements – pixels, which can be freely arranged. These small, repetitive squares hide an almost infinite possibility of combinations.
*Pixelosis is the result of enlarging a digital image so much that it becomes blurred and cannot be fully grasped. Its smallest elements are pixels, which constitute a whole when arranged in a certain way. In order to make your own composition, it is worth referring to Pixel Art – a digital form of art inspired by 8-bit and 16-bit graphics, which directly refers to video games of the 1980s.

Black Spring. On Wrocław’s Independent Music Scene of the 1980s
Curators: Piotr Lisowski and Paweł Piotrowicz
The exhibition is devoted to the emotions triggered by living under repressive conditions determined by the sociopolitical system. Set in the 1980s, the starting point for the presentation is music made in Wrocław. The local music scene at that time was a heterogeneous and interdisciplinary phenomenon. Although its origins date back to the late 1970s, when the first punk-rock bands formed, the greatest variety of styles (punk, reggae, new wave), experiments and actions combining music and art emerged in the following decade. This was when a live culture was born at the intersection of different genres, which resulted in the emergence of an alternative milieu that became a characteristic element of the final years of communism in Poland. 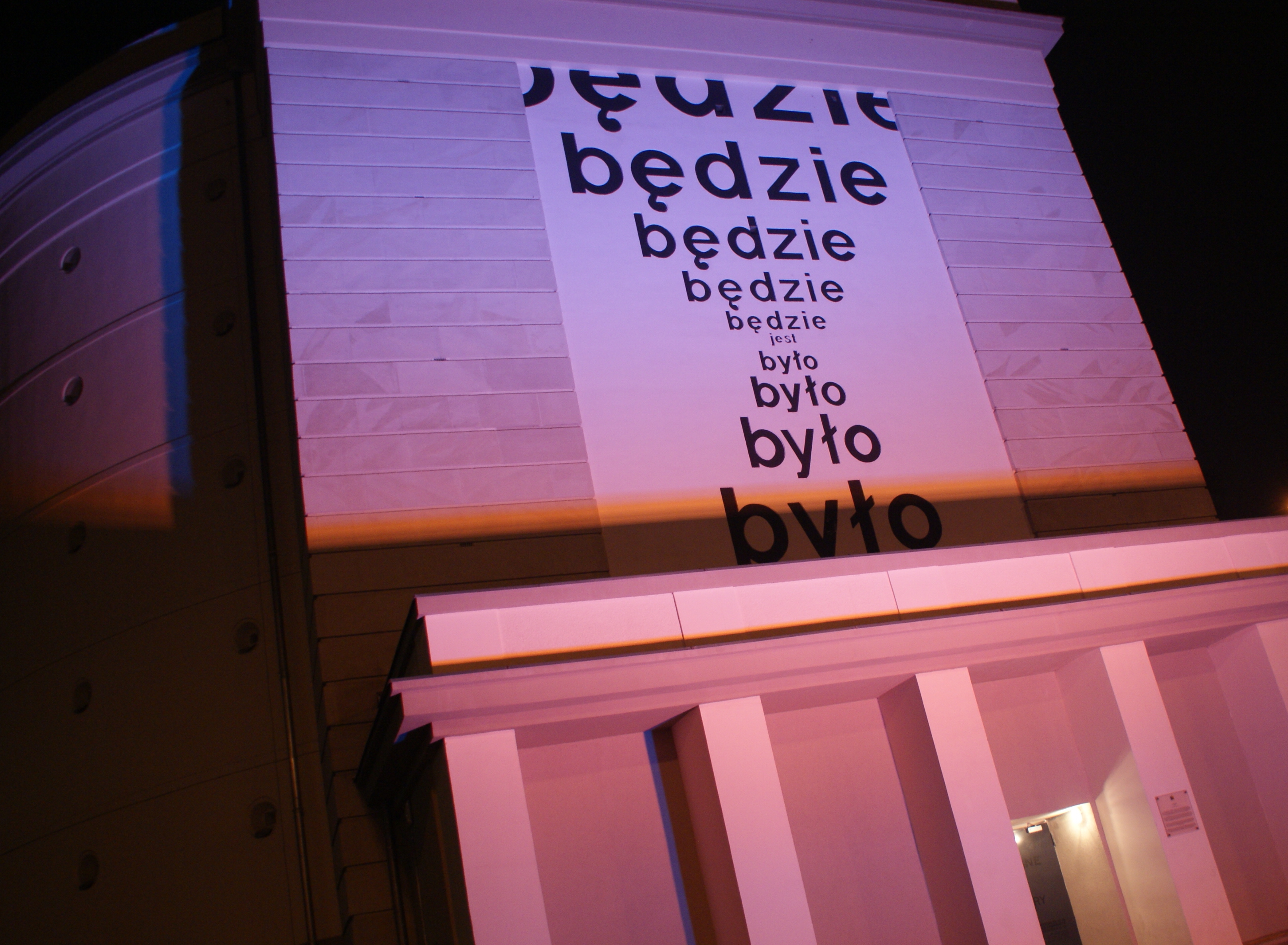