For this year’s Night of Museums, Wrocław Contemporary Museum has prepared tours of exhibitions led by curators: Agata Ciastoń will talk about Amir Yatziv and Guy Slabbinck’s Standby Painter, Piotr Lisowski will present The Ratcatcher, and Paweł Bąkowski – Hubert Humka’s Death Landscapes. Children, and not only them, can play with Patrycja Mastej’s interactive installation titled Spirits of the Forest. Of course, admission to all permanent and temporary exhibitions will be free. In the yard behind the museum there will be a presentation of video works from MWW collection and a picnic with food trucks.

6 PM: inauguration of the Night of Museums by MWW director Andrzej Jarosz (level 1)

8 PM: curator-led tour of The Ratcatcher exhibition / led by Piotr Lisowski (levels 3 and 4)

9 PM – midnight: presentation of video works from MWW collection / review of films from the years 1976–2016, including the most recent purchases which will be presented to the Polish audience of the first time (yard behind the museum)

4 PM – midnight: playing with the interactive installation Spirits of the Forest / a story will be told to specify the time frame of playing, age: from 2 years old (level 2)

4 PM – midnight: picnic with food trucks (garden behind the museum)

Amir Yatziv, Guy Slabbinck Standby Painter
Curator: Agata Ciastoń
Any item increases in value when it is lost. The interest in stolen works of art (recovered or not) is significantly greater than in those which have never been stolen. Their stories enter our pop culture. They are recreated and recycled in various ways, reproduced an infinite number of times. Thus they become part of the media flow, giving them a reach far beyond museum halls. Artists Amir Yatziv and Guy Slabbinck situated the theft of Claude Monet’s Beach in Pourville, stolen from the National Museum in Poznań in 2000, at the centre of their exhibition. Can a painting possess a human being? Is a person who copies the work of a “real” artist – an artist? What is the contemporary status of an original artwork? What is the function of a museum in making art available to the general public? These are some of the questions posed by the exhibition.

Jerzy Ludwiński Archive
A permanent exposition-research space, which combines elements of an exhibition, archive and art warehouse. This triple structure conforms to the main role of the Archive, which is to present Jerzy Ludwiński’s intellectual legacy and its significance for the formation of both Wrocław and Polish artistic scene at the turn of 1960s and 1970s.

Magdalena Kotkowska Nothing in Return
Curator: Andrzej Jarosz
Artistic gestures are endowed with unique symbolic, discursive or programmatic functions. While resonating, they may strongly affect public space. What is intriguing, however, is that in combination with art they are originally disinterested and as such require no response – nothing in return. Magdalena Kotkowska’s exhibition, which combines video and photography, raises issues connected with the contemporary comprehensibility of broadly-defined artistic gestures. Sometimes they are motivated by tradition and highly spectacular, at other times – limited to the recording of an intimate frame extracted from reality.

Spirits of the Forest interactive installation in the Self-service Museum
Artist: Patrycja Mastej. Curator: Magdalena Skowrońska
Inside the forest there is beauty and mystery. This domain of wilderness, carefully avoided by people at night, inspires awe and fear. Tree trunks with eyes, whispering twigs, surprising shapes emerging from entangled greenery – all of them remind us that forests are inhabited not only by animals and plants… Now a forest has appeared inside the shelter so that you could summon your tutelary spirit that will symbolically manifest nature’s power. Enter the forest, listen to its heart and meet its mysterious inhabitants!

The Ratcatcher
Curator: Piotr Lisowski
The starting point for the presentation is a Polish documentary entitled The Ratcatcher (dir. Andrzej Czarnecki, 1986). It talks about the methods and techniques used by a professional rat exterminator. His knowledge of the rodents’ psyche and habits enabled him to act efficiently, while their intelligence arises his admiration and sympathy. He always wins. The film plot is the starting point for an exhibition focusing on human nature and psyche. The featured works, from the 1950s until now, present a multi-pronged attempt at perceiving the changing role and position of an individual vis-à-vis the social, political and civilisational conditions.

Hubert Humka Death Landscapes
Curator: Paweł Bąkowski
To a certain degree, any landscape owes its form to the cultural interference of people. A seemingly natural landscape or cityscape often witnessed battles, violent crime or other menacing events. Although their traces may be masked by the beautiful natural scenery or fragments of architecture, such places have a peculiar aura bearing the memory of a collective trauma or individual misfortune. Humka’s cycle contradicts the traditional manner of depicting landscapes as postcards. In Death Landscapes, a seemingly innocent view both hides and reveals the tragic past and the dark truth about humans. The sacred becomes mixed up with the profane – the photographs unveil a hidden layer of reality that usually remains invisible.

YARD BEHIND THE MUSEUM

Presentation of video works from MWW collection: A murder on a beach, vegetables falling from the sky, or a chair squeezing though a door – anything is possible in video art. Artists make full use of the medium’s potential and create a perverse world full of illusions, absurd, mistakes and stories that never happened. The review of videos from MWW collection is an invitation to enter this magnetic space and yield to the power of imagination. The selection will include works made between 1975 and 2016, including the most recent purchases which will be shown to the Polish audience for the first time. 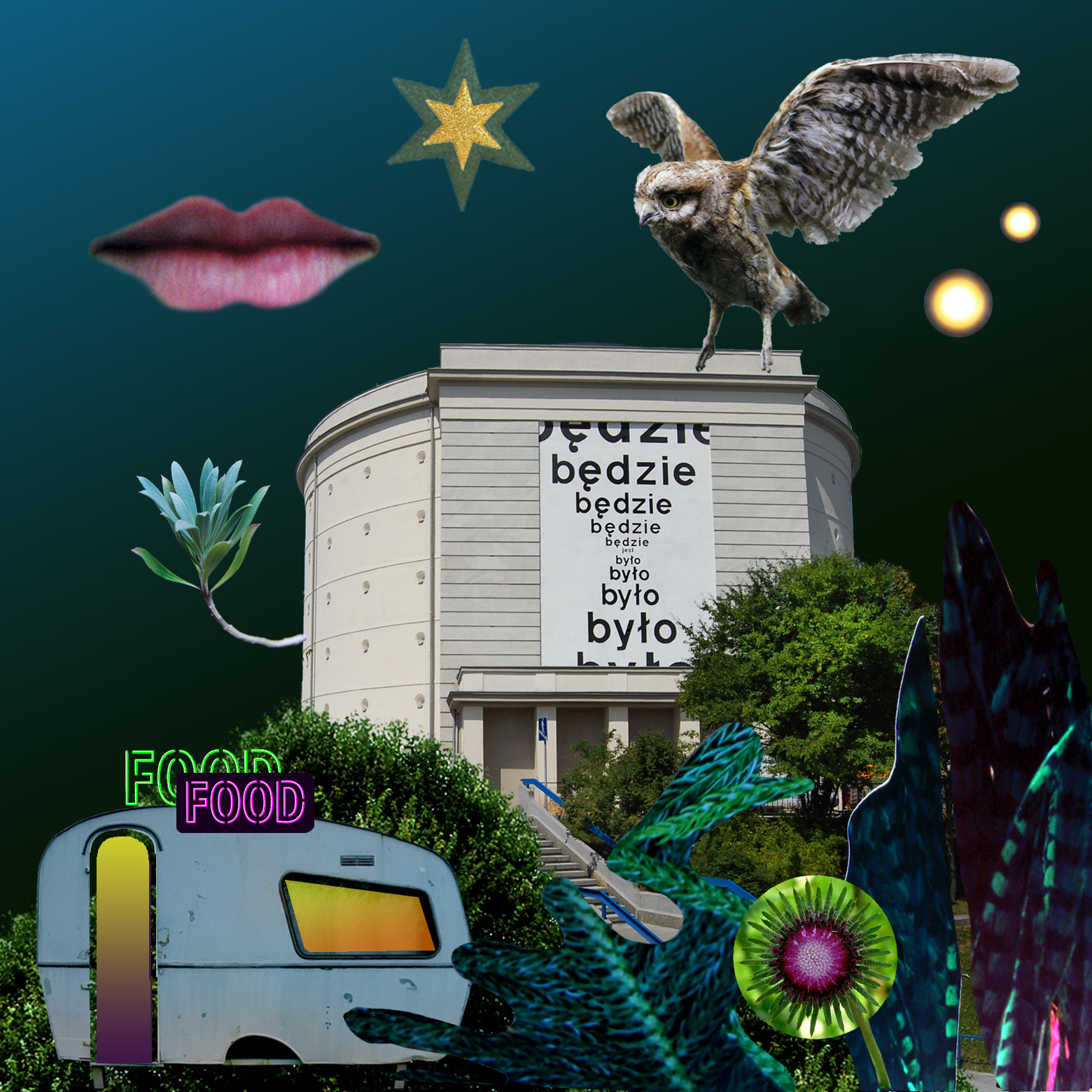