The main part of the 2020 programme will consist of three large exhibitions starting in March, July and November, respectively. The first one of them is Poetry and Performance. The Eastern European Perspective, followed by New Normativity. Wrocław ’70 Visual Arts Symposium, and an exhibition under the working title Games with the Place. Wrocław Galleries: Katakumby / Zakład nad Fosą / Ośrodek Działań Plastycznych. The common axis of these projects is the context of interpreting and working through “contemporary” art history, exceeding artistic conventions and norms, performativity, ephemerality and the Eastern European perspective, including, to some extent, Wrocław itself.

Since the second half of the twentieth century, in particular poets and artists in Eastern Europe have taken up the challenge of reflecting on and investigating the instrumentalization of language for communicative and political-ideological purposes. They did so by drawing attention to the material and medial dimension of language, and by creating performative situations for themselves and their audiences within which possibilities of verbal expression could be tested and acted out. Poetry and Performance. The Eastern European Perspective exhibition evokes subversive artistic attitudes directed against authoritarian regimes of the past yet also applies to contemporary positions. Now and then, poetry and performance take on an exceptional significance in periods of political crisis, as these ephemeral and flexible art forms enable the reflection of relations and contexts that remain otherwise undiscussed.

The exhibition is devoted to the 50th anniversary of the Wrocław ’70 Symposium, which took place in Wrocław in 1970. It is considered one of the most important artistic events in Polish art history after 1945. The exhibition organised on the anniversary of the Symposium is an attempt to look at it from several perspectives. On the one hand, it is important to show source materials in order to reliably systematise the course and results of the meeting. On the other hand, it will be crucial to critically look at the event, taking into account the contemporary artistic perspective. Historical and artistic issues will become an important starting point, alongside contemporary attempts to define the individual in relation to public space as well as aspects connected with awakening the audience’s visual awareness, urban planning and spatial planning. Over sixty artists will be featured in the exhibition, including Barbara Kozłowska, Zbigniew Makarewicz, Rafał Jakubowicz, Kuba Bąkowski, Irmina Rusicka and Kasper Lecnim, Barbara Gryka, Jarosław Kozłowski, Henryk Stażewski, Tadeusz Kantor, Jerzy Bereś, Paweł Kowzan, Zdzisław Jurkiewicz, Wanda Gołkowska, Jan Chwałczyk, Włodzimierz Borowski, Zbigniew Dłubak.

The exhibition postponed to 2021.

The event continues an important series of MWW exhibitions focusing on remembering and discovering the cultural tradition of Wrocław, which is both significant and somewhat forgotten. This exhibition will present artistic activities that took place in three Wrocław-based galleries: Katakumby (Catacombs, 1977–1980), Zakład nad Fosą (Studio on the Moat, 1979–1988) and Ośrodek Działań Plastycznych (Centre of Artistic Activities, 1981–1988 and 1990–1999), which specialised in ephemeral actions and formal experiments. Fascinated by the work of Jerzy Grotowski and Stanisław Dróżdż’s concrete poetry, young artists sought new forms of art and explored the possibility of being inspired by art in everyday life and vice versa. ZnF and ODP were among those uniquely original galleries that managed to continue their activity during martial law and after it, and later tested the attractiveness and relevance of dissident forms of culture developed towards the end of Polish People’s Republic in the new socio-political situation.


The programme will be supplemented by equally important individual exhibitions by Barbara Kozłowska, Zuza Golińska, Karolina Szymanowska, Łukasz Rusznica, Łukasz Surowiec and a joint project by Netta Laufer and Tom Swoboda. We also recommend our three permanent exhibitions – Jerzy Ludwiński Archive, Stanisław Dróżdż: Concrete Poetry, and Private Mythologies. Marta’s Birthday, as well as the Self-servise Museum and the annual presentation of the collection of the Zachęta Lower Silesian Society for the Encouragement of Fine Arts in Wrocław.

Subterranean River constitutes an oneiric account of Łukasz Rusznica’s journey to Japan, during which the artist tried to grapple with the local mythology and folk tradition. The trip resulted in a publication and a series of photographs characterised by the constant interpenetration of two orders, balancing on the border between existence and non-existence. Rusznica “hunted” for yōkai – mythical apparitions, able to materialise in various ways and forms. The images shown in the Subterranean River series do not mirror reality – instead, they play on our perception and visual habits, questioning our ability to recognise the difference between an image and its reference.

A wave is a disturbance that spreads in a medium or space, one of whose characteristics is reflection – after reaching the border, the wave changes direction. This term is often used to describe not only physical phenomena, but also social ones. Karolina Szymanowska in her artistic strategy often resorts to ideas that can be used to illustrate collective and individual psychological processes. Szymanowska’s installations and works are based on mechanisms of exclusion, oppression, psychological repression, fixation, domination and escape.

The exhibition postponed to 2021.

Łukasz Surowiec’s exhibition will be documentary in character, summarising a project carried out by the artist in cooperation with Teatr Ósmego Dnia and the Mały Dom Kultury Foundation in Poznań in 2016. It resulted in a peculiar spectacle whose protagonists were terminally ill alcoholics who were unable to undertake effective treatment due to their living situation and the requirements of the system. In the project, they played the role of patients. The role of doctors, whose task was to interview the addicts, was assumed by anonymous anthropologists and social researchers invited by the artist. The exhibition will present both selected conversations used during the project and a look “behind the scenes”: recordings of conversations and documentation of situations that took place outside the duration of the performance.


Barbara Kozłowska. You can see it all anywhere

Barbara Kozłowska (1940–2008) was a graduate of the State Higher School of Fine Arts in Wrocław and one of the leading artists associated with the broadly understood conceptual art milieu in Poland. She participated in landmark events of the 1970s, such as the Wrocław ’70 Visual Arts Symposium and the Dreamers’ Congress in Elbląg in 1971. In the years 1972–1982 she turned her studio in Wrocław into a private gallery named Babel – an independent and autonomous meeting place for artists. Kozłowska often used ephemeral, hardly perceptible, selfless gestures in her art. Her activities usually took the form of performance and ephemeral spatial interventions. From 1970, she carried out the Border Line project, travelling, among other places, to Siberia. The exhibition will be prepared in cooperation with the Arton Foundation from Warsaw.

Zuza Golińska’s new project will be a continuation of the artist’s reflection on the end of the world in the wake of a climate disaster. The narrative adopted by the artist will contain references to futuristic visions of life after and ways of surviving the apocalypse. What matters to Golińska is the methods of production, which she interprets in political terms; she is also interested in issues such as post-production, the end of the industrial age, the fall of the machine, mass and the city. Class considerations and alternative ways of social organisation, handmade production and reusing leftovers are also present in her reflection. The exhibition will have a site-specific character, with references to the original function of the current MWW seat.

An exhibition of an Israeli artist and a Polish practitioner whose work refers to the functioning of animals in contemporary, specific and oppressive spaces. The exhibition borrows its title from a series of Swoboda’s photographs documenting the spaces prepared for animals shown in zoos. A question about their functionality, demanding ergonomics and “naturalness” suggests that in this regard, creating a substitute for an artificial world is not easy. Laufer’s work, in turn, monitors the activity of animals in the strip separating Palestine and Israel. Their presence and behaviour in the sensitive zone are directly dependent on human conflicts. 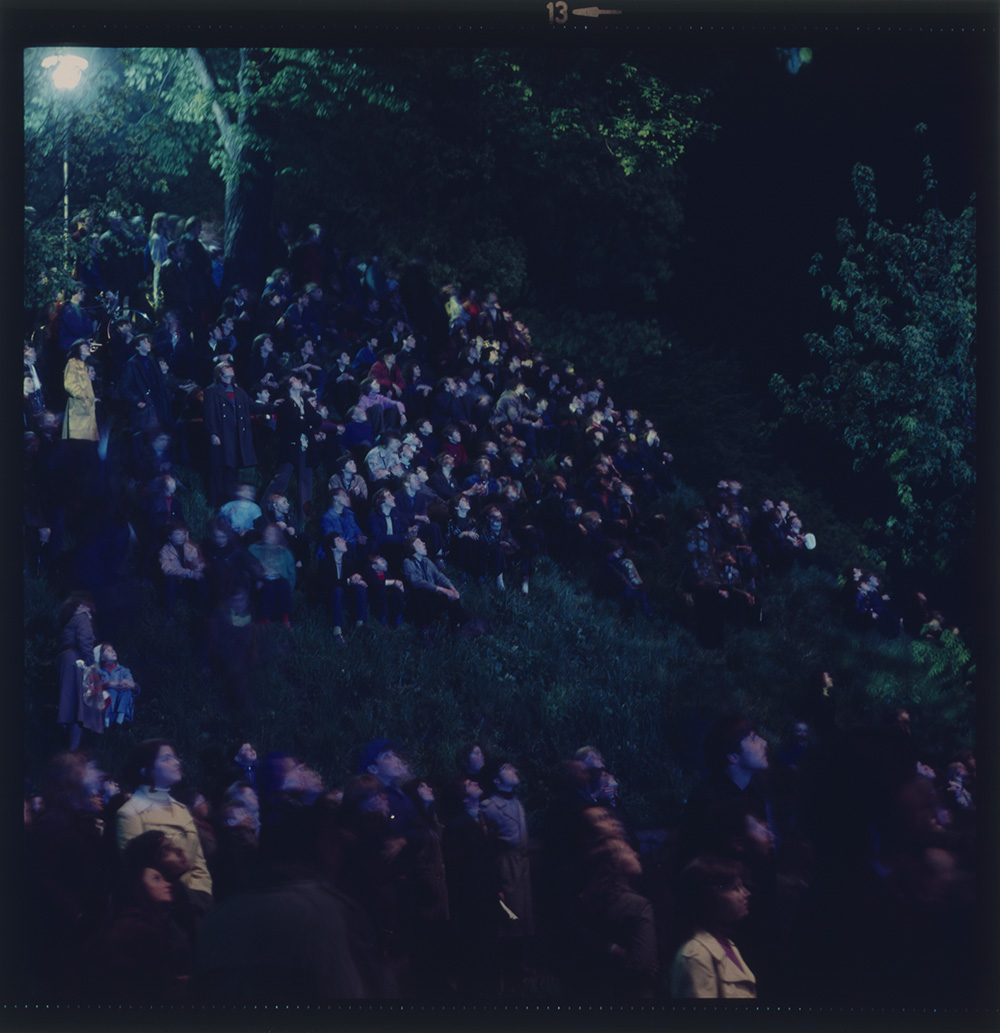