Legendary Polish hospitality – a manifestation of noblemen’s honour, sharing hearth and home with every traveller, leaving a chair empty at the Christmas table; the joy of hosting a newcomer, the culture of feasting together, readiness to help the needy, often associated with the fabled freedom of religion and acceptance of religious minorities.

What is left of this hospitality today? What test has it been put to? In recent years, we have had numerous occasions to verify what we like to see as our national trait – against refugees, ethnic minorities, people with different sexual orientations or otherwise excluded. As sociologist and cultural expert Jan Sowa writes, “Poland is a mutilated body and therefore unable to find its place in the modern world. It was mutilated by the 20th century, by the lack of any minorities and the alarming cultural homogeneity.”

Polish hospitality is one of our national myths. However, a myth that creates a false image is dangerous because it distorts reality and provides a breeding ground for ideology. But it can also be a source of strength – provided it leads to constructive action. The artists invited to MWW confront the myth of Polish hospitality with the current state of affairs. Has Polish hospitality become an empty slogan? A hollow promise?

“Refugees from the violence of wars and the brutality of famished lives have knocked on other people’s doors since the beginning of time. For the people behind the doors, these uninvited guests were always strangers, and strangers tend to generate fear and anxiety precisely because they are unknown,” writes Zygmunt Bauman. They are easily distinguishable by a different skin colour and language. Forced migrants, exiles, displaced persons and wanderers pose a challenge to Polish hospitality. Because it is not about spending a few days celebrating together, but about indefinite social coexistence. Because it requires us to give up some of our creature comforts, threatens our sense of security. Fear has become the main factor determining our worldview. And yet we have also been refugees many times, escaping from war and repression in search of a better life…

The subject of refugees has become critically important in public debate. Paradoxically, the readiness to admit them is currently becoming the most reliable measure of solidarity and hospitality, because they are unexpected newcomers, unwelcome, with the stigma of otherness, potentially able to change our reality. The strength of Europe has always lain in openness and curiosity of other cultures, and we, Poles, have been able to draw on this diversity. Today, we are overwhelmed by fear of the Other. We are afraid of losing order and peace, stability and our cultural identity. However, if a culture can be “conquered” so easily, how weak and superficial must it be?

Polish hospitality must also face anti-Semitism, which regularly surfaces in public debate. The mass departure of a significant part of the intelligentsia of Jewish nationality from Poland in 1968 caused a painful deficit. The absence of Jews, banished and erased from history and consciousness by the second world war and the subsequent eruptions of hostility towards them, is one of our basic social traumas. Today, animosity and prejudice are making a comeback, fuelled by attacks on the new “internal” enemy in the form of the LGBT community.

Democratic governments are obliged to protect minorities, including sexual minorities. Ignacy Karpowicz in his novel Miłość [Love] writes that loving and being loved is necessary to do good, but “[t]he right to love and make love has been taken away from some of us, and thus the right to be good has been limited.” And yet no authority, religion or society has the moral right to ration good.

Therefore, the artists at the MWW exhibition touch a raw nerve. Today’s Polish hospitality hurts. It hurts all those who have been denied help: the discriminated, the downtrodden, the harassed. Words and deeds hurt. The unacceptable behaviour of fellow citizens towards other human beings hurts.

Contemporary art classics and young artists challenge the idea of Polish hospitality. Literally and metaphorically. Using space and multimedia, picture and sound. They venture where the myth does not reach. 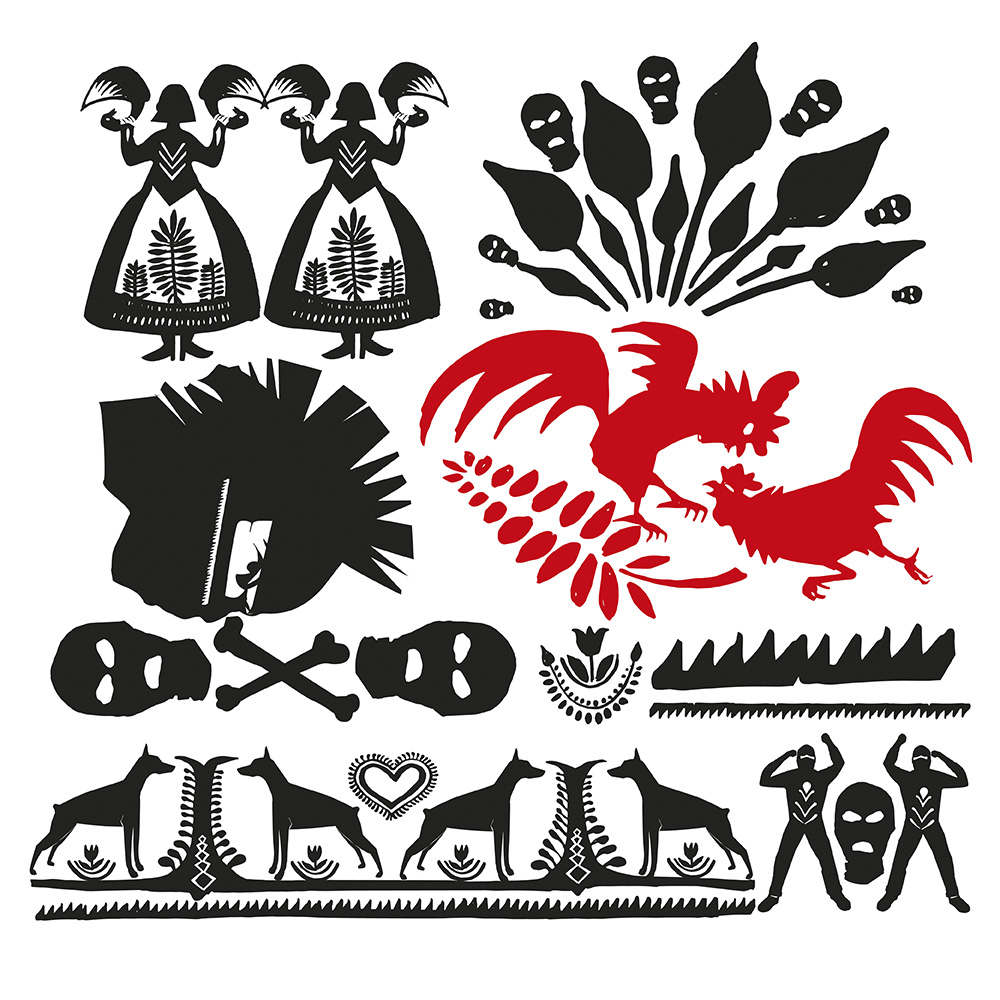 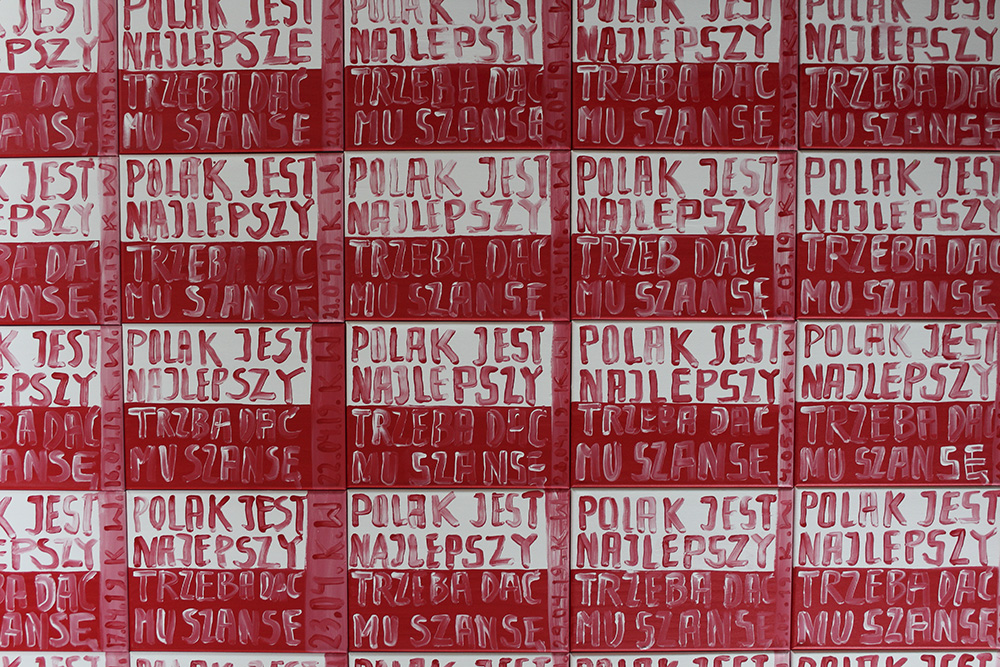 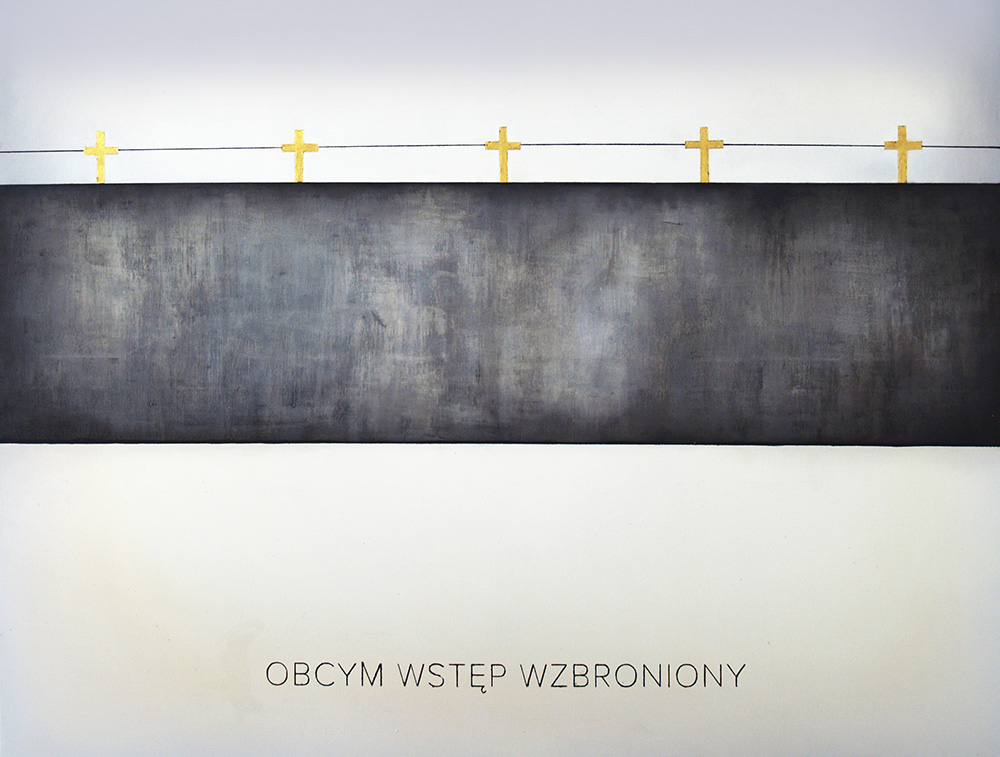 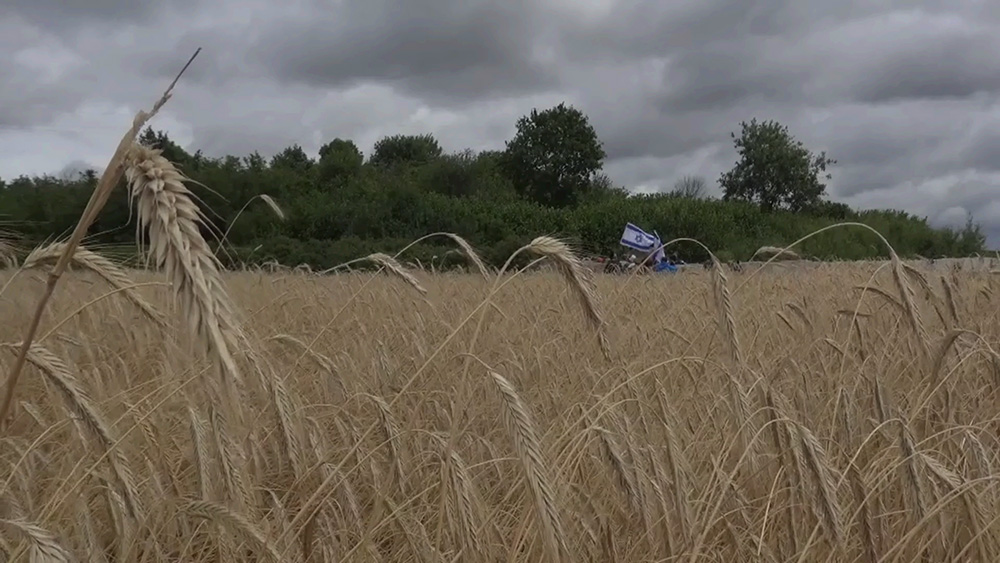 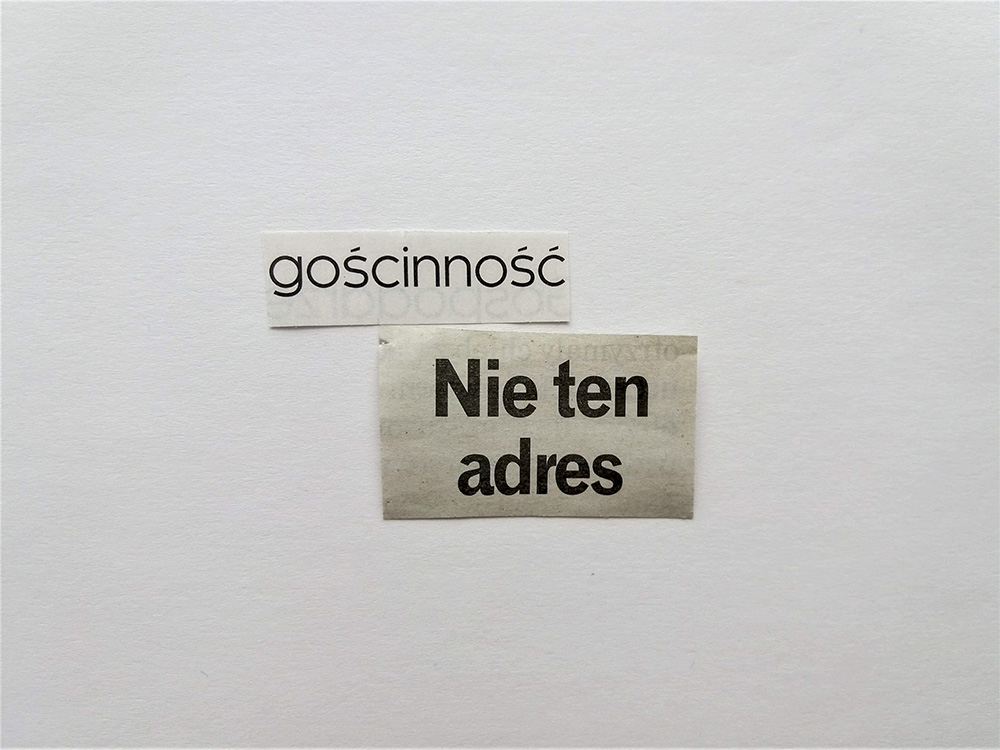 Małgorzata Konieczna, "Clippings in a Flask", 2019 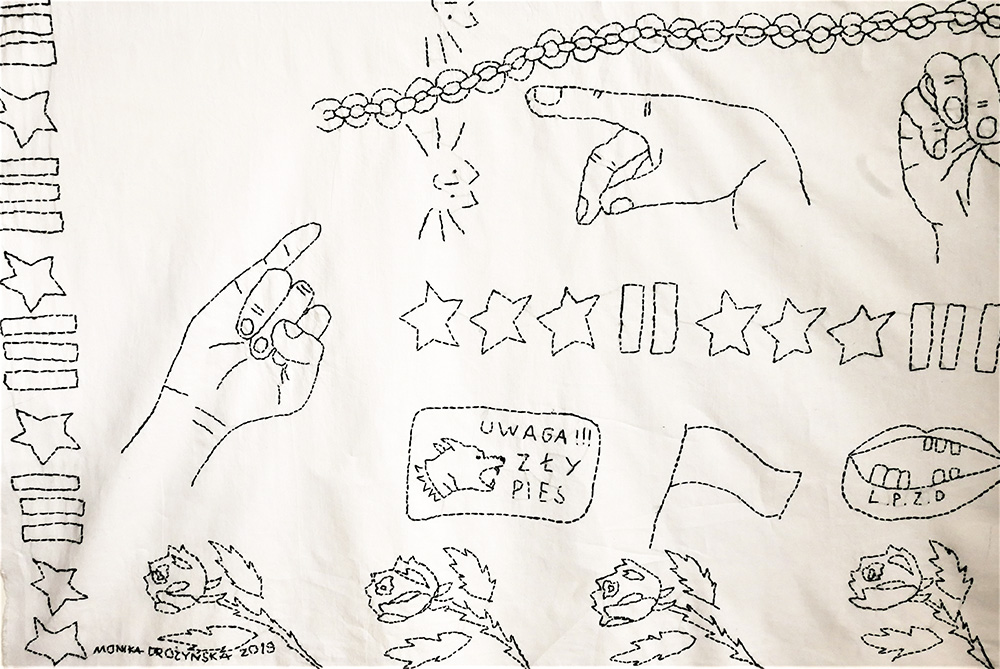