The origins of the project lie in the tradition of a theatrical wagon, travelling cinema and a music camp, combined with the idea of Kurt Schwitters work around the Merz column. Because of its ambiguity, the project escapes unequivocal definitions, creating its own independent, self-sufficient, culture-forming space, stretched between the points marked along its route. The Bus interacts with the audience and takes the form of a utopian phenomenon.

The audience is being surprised and then accustomed to the new media form. Film screenings begin and the bird singing appearing in the background becomes a main theme. Various music genres permeate – from jazz, to blues, rock and folk. The emerging result is a very energetic statement in a form of an experimental music. The music is a core of the bus, growing out of its inside and becoming integral to it. The participants of the show include invited guests – local musicians from visited places.

The bus is also a fragment of Piotr Lutyński’s studio, consisting of paintings and sculptures created over years, objects, abstract paintings, notes, catalogues and DVD films screened on the bus windows. The roof holds a professionally secured stage. During the presentations, a table set with refreshments for the audience and the performers is placed in front of the bus.

Bus, a live sculpture, is an object which construction develops in time and space (in a stratifying form) through concerts, performances, happenings and multimedia presentations. 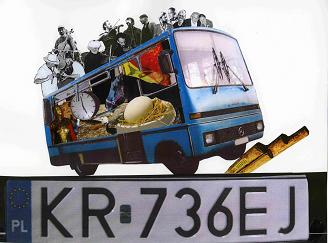 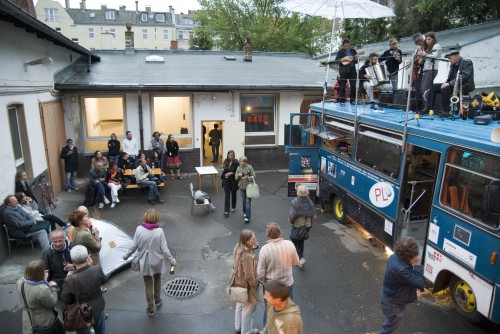 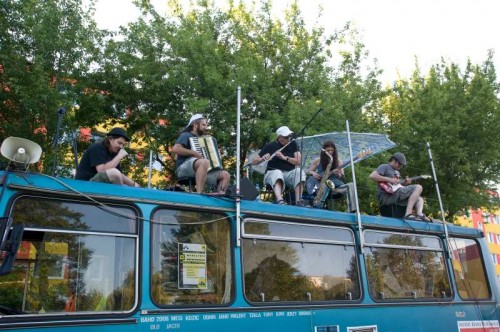 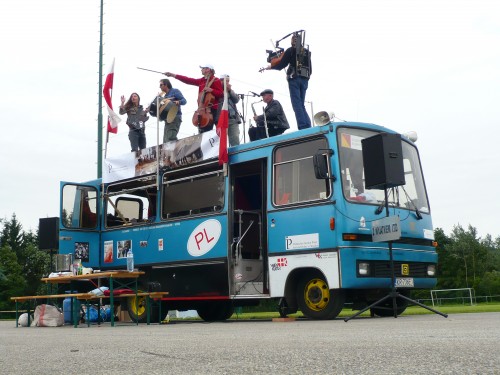