A territory can be understood as an imprint on the surface of the earth, an area whose boundaries are clearly delimited due to some specific properties. Defined in this way, a territory bears traces of human activity – in the form of setting boundaries, naming, marking or controlling. The Latin root terra means land, which is crucial to both biological and political territories. The exhibition consists of two artists’ works referring to the subject of animal and human territories – their interdependencies, permeability, boundaries between them, as well as who marks them, according to what rules and measures. For Netta Laufer, the area of Palestine and Israel became a lens focusing these phenomena, while Tom Swoboda analysed a zoological garden.

Laufer’s works are based on materials from CCTV cameras and motion tracking cameras as well as maps and technical drawings, so the artist assumes the position of an external and distanced observer whose perception is additionally mediated by recording devices. The eye becomes a tool for research, tracking and control. The works highlight important aspects associated with looking: the desire for power, the tendency to capture and hold, to objectify and perceive holistically. The observed animals and their territories are reduced to abstract spots, lines and dots, which makes surveillance easy. Here, biological and political territories simultaneously overlap and clash with each other. The natural instincts of the animals trapped in this conflict are out of balance, which mirrors human divisions and feuds. By appropriating data from devices used in the surveillance of conflict zones and transferring the footage to the new situation, the artist accentuates those aspects of the technology that are not useful in the original context. In this way, she offers a poignant commentary on the long-lasting conflict in the present-day territory of Israel.

Swoboda, on the other hand, explores the artificial world of zoos. However, he abandons the role of a viewer following the paths imposed by the eye-centric architecture of such places. The artist mixes the human and animal order by changing perspectives – he places himself in a cage, focuses on seemingly insignificant details or confuses perception. In principle, devices used to capture images from the animal world are intentionally masked, invisible, so that the viewer has the impression of penetrating the new world. But Swoboda’s photographs are different – the camera does not reveal anything, it actually emphasises the impossibility of seeing. Due to the multitude of details and reflections, the image is often unclear, blurred, which does not bring the viewer closer to animals. To paraphrase John Berger, the more we look at them, the farther they are, especially since animals are almost absent in Swoboda’s works. They remain on the fringes of the illusory, theatre-like environment of the zoo. Perhaps, as Berger claimed, the margins are more real than a steppe painted on the wall or the tropical plants – puny imitations of the territory they have lost. The spaces photographed by Swoboda are multilayered, as if the successive elements were supposed to somehow make them more refined. Improving the infrastructure of zoos in line with new research and architectural trends is nothing but a futile attempt to repair and expand a structure that cannot be repaired. A similar purpose is fulfilled by the passageways in the wall in the West Bank in Laufer’s work entitled 35 cm, which were intended to enable the animals to move within their territories, but instead have altered their behaviour even more.

The venue strongly determines the way both artists’ works are perceived. The concrete, claustrophobic interior of the former German air-raid shelter meets with the border wall that brutally cuts through the landscape and divides the territory in Laufer’s works. Concrete is also a material that has been commonly used in zoos. According to the visions of modernist architects who ignored the real needs of animals, it was supposed to trigger associations with modernity and make the observation of animal species more dramatic, as if they were watched in a cinema. The architecture of the shelter, characterised by multiple rings, determines circular movement inside it, resembling the movement of an animal in an enclosure with a strictly defined territory. The boundaries can be tangible or invisible, but they act with the same power.

Born in Israel (1986), raised in both Jerusalem and New York. Laufer had an early exposure to and a keen interest in fine arts from an early age. She graduated with a BFA from the Department of Fine-Art Photography at Bezalel Academy of Art and Design in Jerusalem (2013). After receiving her BFA, Netta moved to New York City and got her MFA from the Department of Photography Video & Related Media at the School of Visual Arts (2016). Laufer’s Black Beauty was exhibited at the Bloomfield Science Museum, Jerusalem (2013), Fresh Paint 7 art fair, Tel-Aviv (2015) and The Ruth Youth Wing, The Israel Museum, Jerusalem (2017). Her latest work 25FT granted her the SVA Alumni Society Scholarship (2016) and the commendation from The Center for Contemporary Art at the Video Greenhous, Fresh Paint 9 art fair, Tel-Aviv. The work has been exhibited at The Genia Schreiber University Art Gallery and Michel Kikoïne Foundation, Tel-Aviv University (2019), and will be exhibited as part of the Israeli Pavilion at the Venice Architecture Biennale 2020.

Her works deal with the tremendous postcolonial impact of artificial, human-made borders on the fauna and flora. Laufer conducts thorough research to carefully distinguish between the variety of ways in which nature and wilderness have been altered and domesticated throughout the Anthropocene. In the intensification of domestication and aggressive political power she finds a system that reproduces new forms of oppression.

Born in Upper Silesia, Poland (1972). In 1995–1998, he studied at the Faculty of Sculpture at the Academy of Fine Arts in Wrocław. He was a co-founder and manager of the Szara Gallery in Cieszyn in 2002–2004, co-founder of The Underground Art Centre in Clitheroe, UK (2004–2005), originator of Incidents, an international artist-in-residence project (2005–2009, 2021). In 2018, he began doctoral studies at the Faculty of Graphics at the Academy of Fine Arts in Katowice. He currently works and lives in Cieszyn, where he co-runs the School of Art and Thinking. He has taken part in numerous collective and individual exhibitions, including The Artist in the Time of Hopelessness (BWA Wrocław); The Germans Did Not Come (Wrocław Contemporary Museum / Kunsthaus Dresden); Draw Me God (Szara Gallery, Cieszyn); Egoinsta (Żory Museum); Permanent Domicile. Symposium of Real Attitudes (Galeria 12, Cieszyn). Participant in the artistic residencies of the Lancaster Foundation UK, North Wales School of Art and Design, Wales, finalist of the Lens Culture Portrait Awards 2018 photo competition, finalist of the Sony World Photography Awards 2018 photo competition.

The most important issues raised in his practice concern spirituality and memory, represented by both the individual and the community, and their impact on society. He is also interested in the influence of the image on human identity. In recent years, he has been focusing on an extensive research project called Animal Space, which revolves around the issue of spaces for animals designed by humans. 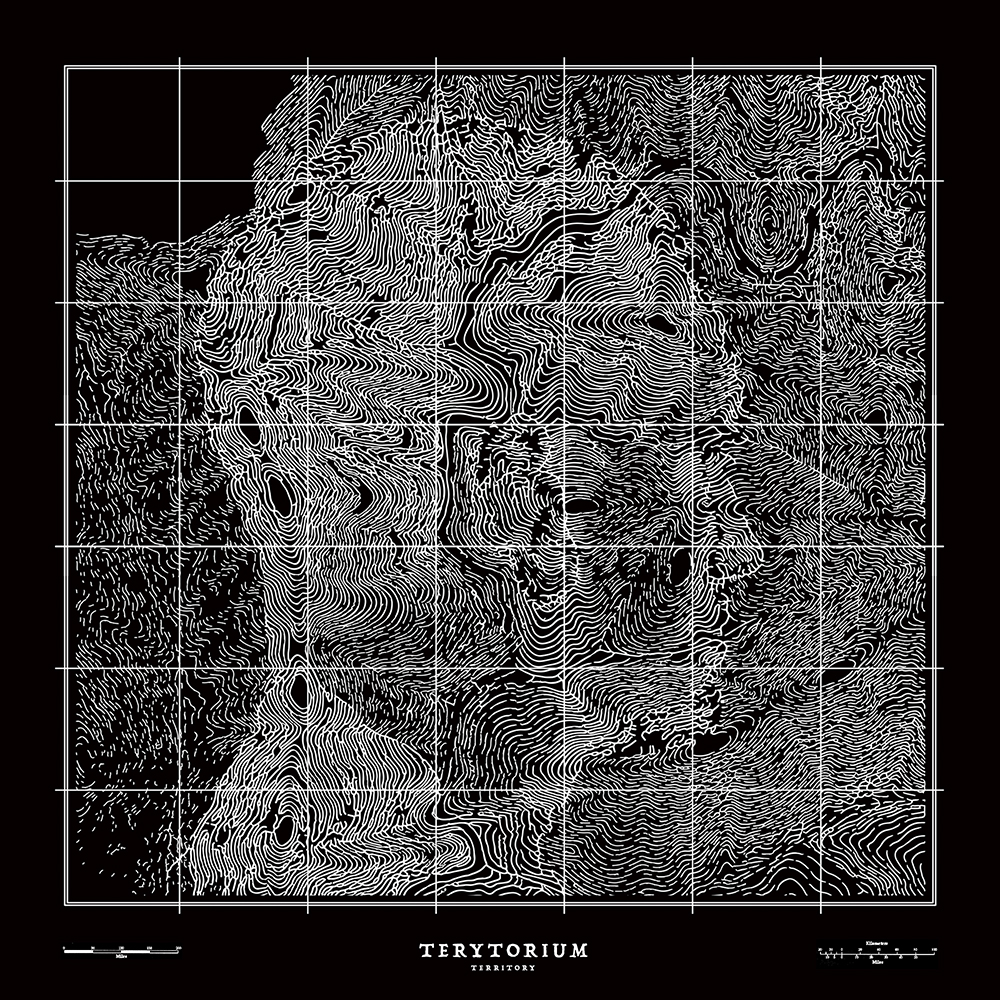 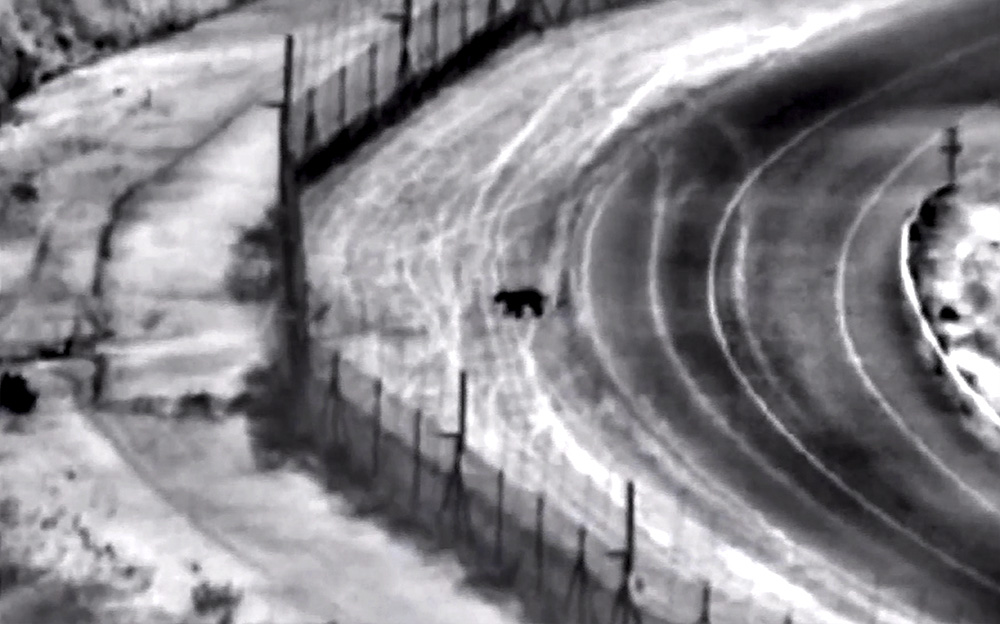 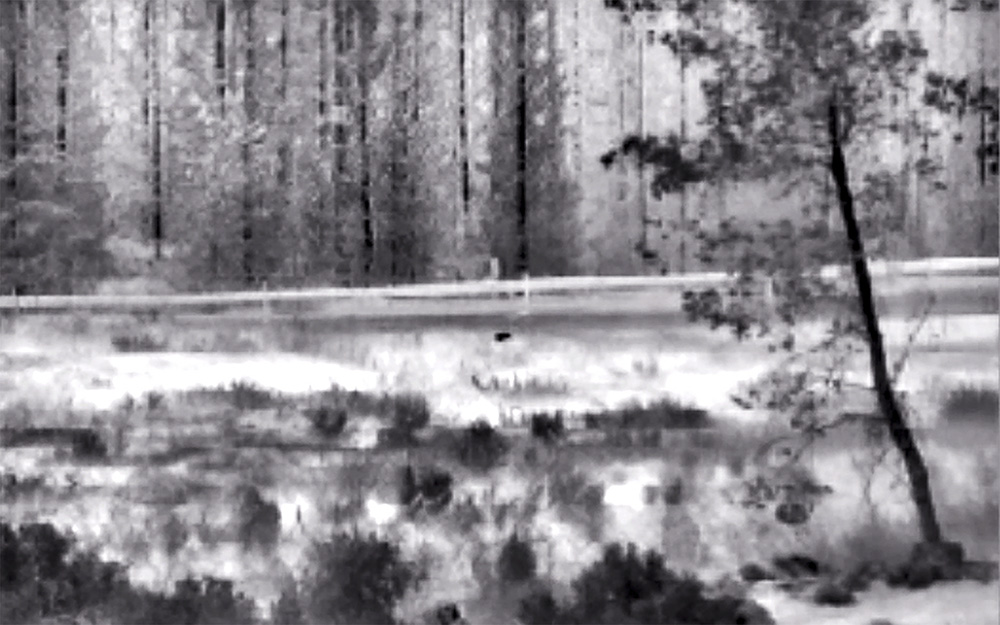 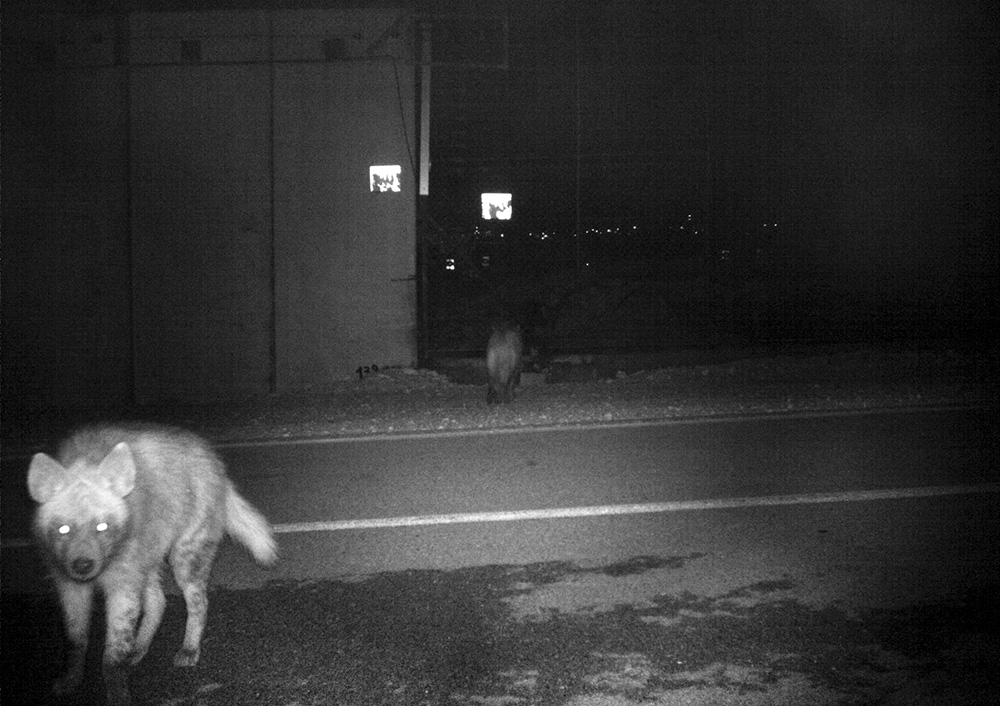 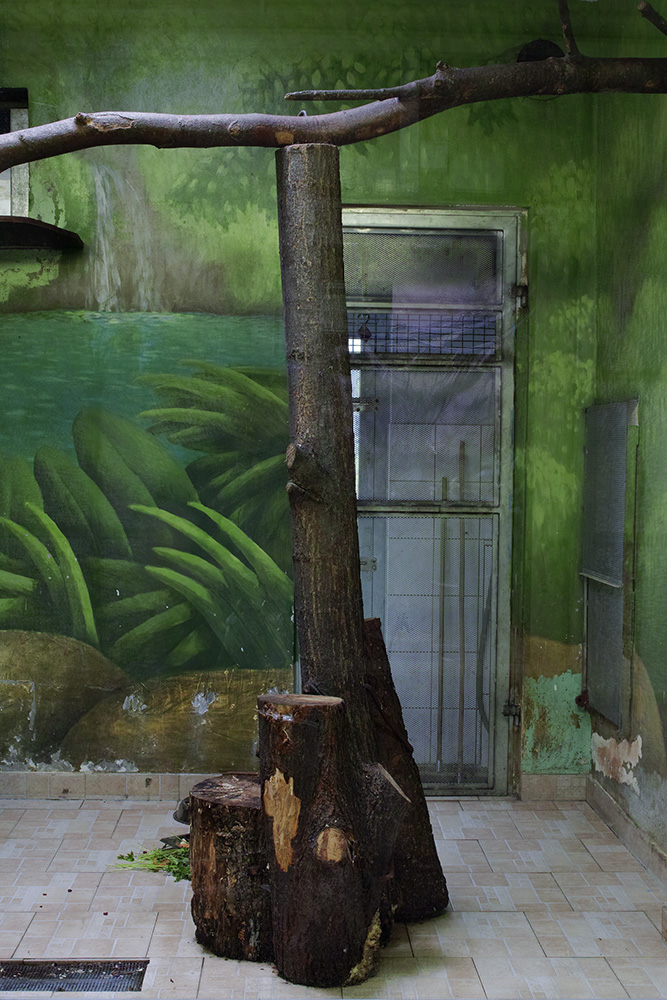 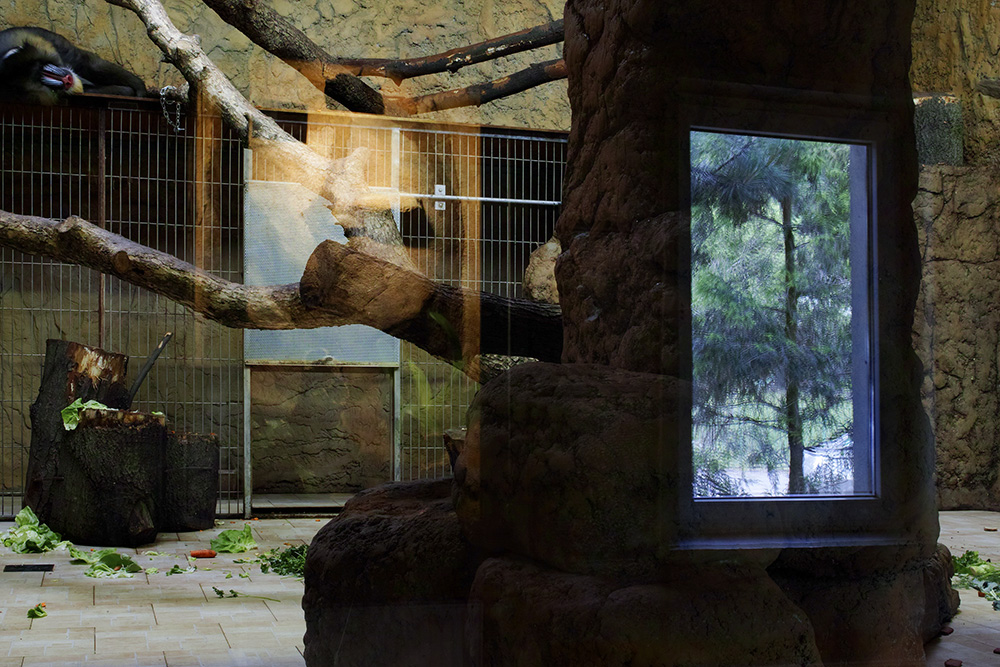 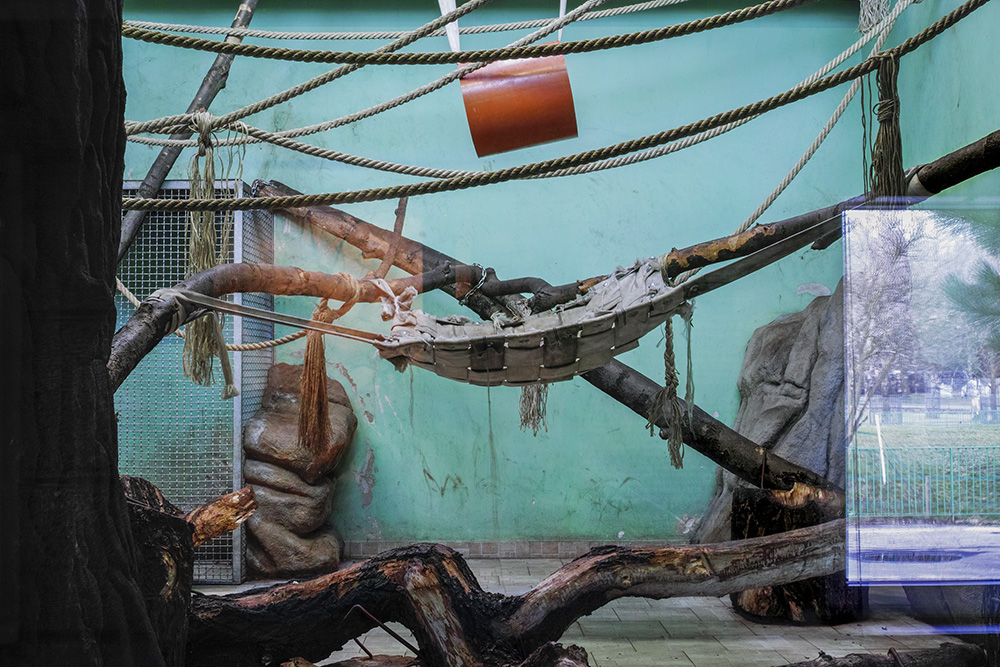