After more than 20 years, the Polish audience have another opportunity to admire Tony Cragg’s art. From June to October 2016, his works were shown at the Polish Sculpture Centre in Orońsko. Now, just several months after the exhibition in Orońsko, Wrocław Contemporary Museum is about to present the oeuvre of Tony Cragg, one of the most well-known sculptors in the world, who represents the power of British sculpture today together with several other artists, such as Antony Gormley, Anish Kapoor or Mark Wallinger. His works can be found in museums, private collections, city squares and famous sculpture parks. Tony Cragg’s art was quickly noticed and appreciated by the art world. The year 1988, when he represented Great Britain at the 43rd Venice Biennale and received the prestigious annual Turner Prize, turned out to be a breakthrough in his career.

A variety of forms and a willingness to experiment are combined in Cragg’s art with utmost precision. He once said that “The future of sculpture has only just begun. Its potential is greater now than ever before, and its possibilities are just starting. Its language and its forms are just beginning to evolve” [1]. At a time when the notion of sculpture has been broadened to include readymades, installations and virtual sculptures, Tony Cragg consistently promotes its classical understanding. In spite of the development of science and technology and the transformations in the practice and theory of art, Cragg has succeeded in bringing to the fore the important role of sculpture without sounding like a guardian of a dying tradition. He is commonly viewed as a master of material. His works delight with their organic, dynamically meandering forms and intriguing titles. They are situated between abstract and figurative art.

When he was still a university student, his attention was captured by artists such as Joseph Beuys, Mario Merz or Richard Long. Cragg’s thinking about art has also been influenced by the representatives of the Italian movement Arte Povera, and later by American minimalism. A characteristic feature of his art, which became evident in the early years of his practice and which was developed in the decades to come, has been his innovative, experimental attitude to material. Initially he used found objects and readymades, which he arranged to create new forms. In the 1990s Cragg became increasingly interested in the classical sculpture materials and the organic world of nature. He also developed an interest in the practice of masters such as Naum Gabo, Constantin Brâncuşi – especially his Paris work Endless Column from 1937, and the work of Henry Moore, a British classic of the 20th century. He makes organic forms from bronze, wood, stone, glass, ceramics, stainless steel or resin, which are later rotated, perforated, compressed, or transformed in other ways. This tendency is especially evident in the series Early Forms and the sculptures made from profiles of human faces. The expressive shapes seem to reflect the physical and psychological forces that shape their matter. However, it is not matter that plays the most important role, but the expression of emotion. These tendencies are still present in Cragg’s art.

The artist draws inspiration from various sources and areas of life. Jon Wood, an English scholar and art historian, notices that “For Cragg, sculpture represents an active way of interrogating the world and serves as a catalyst for heightening our sensitivity to it. He needs it to not only visualise, shape and demonstrate complicated ideas, but also to explore the material world and uncover its possibilities. Thus biology, as much as chemistry and physics, guides his critical thinking about sculpture and enables him to rethink its role and imagine its potential today”[2]. At the same time, Tony Cragg gave sculpture a new quality and became its contemporary classic.

Since 1977 he has been living and working in Wuppertal, where he set up his studio. Since 2006 he has been running the Waldfrieden Sculpture Park located in a natural reserve. Apart from his own works, works by other brilliant contemporary artists are shown in the park alongside temporary exhibitions presented in galleries and in a remarkable villa, whose organic shape was inspired by the ideas of Austrian anthroposophist Rudolf Steiner. The artistic programme is complemented by seminars and concerts.

Sir Tony Cragg graduated from Wimbledon School of Art (1970-1973) and the Royal School of Art in London (1973-1977). In the last three decades, his works have been shown in many prestigious museums, art galleries and sculpture parks, including, Kröller-Müller Museum, Yorkshire Sculpture Park, the Louvre Museum, Galerie Belvedere in Vienna, the CAFAM Biennale in Beijing, the Sydney Biennale, the Museum of Art in Lima, the Venice Biennale, and several times at Documenta in Kassel, Germany. In 1988 he represented Great Britain at the 43th Venice Biennale. In the same year, he received the prestigious Turner Prize in London, and in 2002 he became Commander of the British Empire. He taught art at L’Ecole des Beaux-Arts in Metz, France (1976), at the University of Art (Universität der Künste, UdK) in Berlin (2001-2006), and for many years he worked as professor and rector of the Academy of Art in Düsseldorf. Since 1979 Cragg has been cooperating with the Lisson Gallery in London. In 2016, Tony Cragg was knighted by Queen Elizabeth II for his services to visual arts.

After the most extensive presentation of the artist’s work in Poland at the Centre of Polish Sculpture in Orońsko[3], which was held at local galleries and the park as well as during the conference Sculpture Today, the display at Wrocław Contemporary Museum features over a dozen different sculptures made between 1996 and 2016, which serve as a representative sample of his fascinating oeuvre. Apart from his spatial works we also present a selection of his drawings and watercolours which will provide the viewer with a wider perspective on Tony Cragg’s oeuvre. The exhibition is held in indoor galleries and, for the first time in the museum’s history, on its roof.

The exhibition is accompanied by a album containing texts by Jon Wood, Dorota Monkiewicz and Eulalia Domanowska that analyse various aspects of Cragg’s practice in the context of contemporary sculpture in Poland and the world. It also includes an interview with the artist and numerous illustrations documenting his accomplishments in sculpture throughout the last two decades.

[1] Tony Cragg: In and Out of Material, interview by Jon Wood
[2] ibid. p. 1.
[3] The exhibition Tony Cragg. Sculpture was the third presentation of his works in Poland. The first took place in 1988 at Foksal Gallery in Warsaw, the second in 1997 at the Centre of Contemporary Art Zamek Ujazdowski in Warsaw and at Bunkier Sztuki Gallery in Krakow.

The exhibition is held under the honorary patronage of Jonathan Knott, Ambassador of Great Britain to Poland and the British Council in Warsaw. 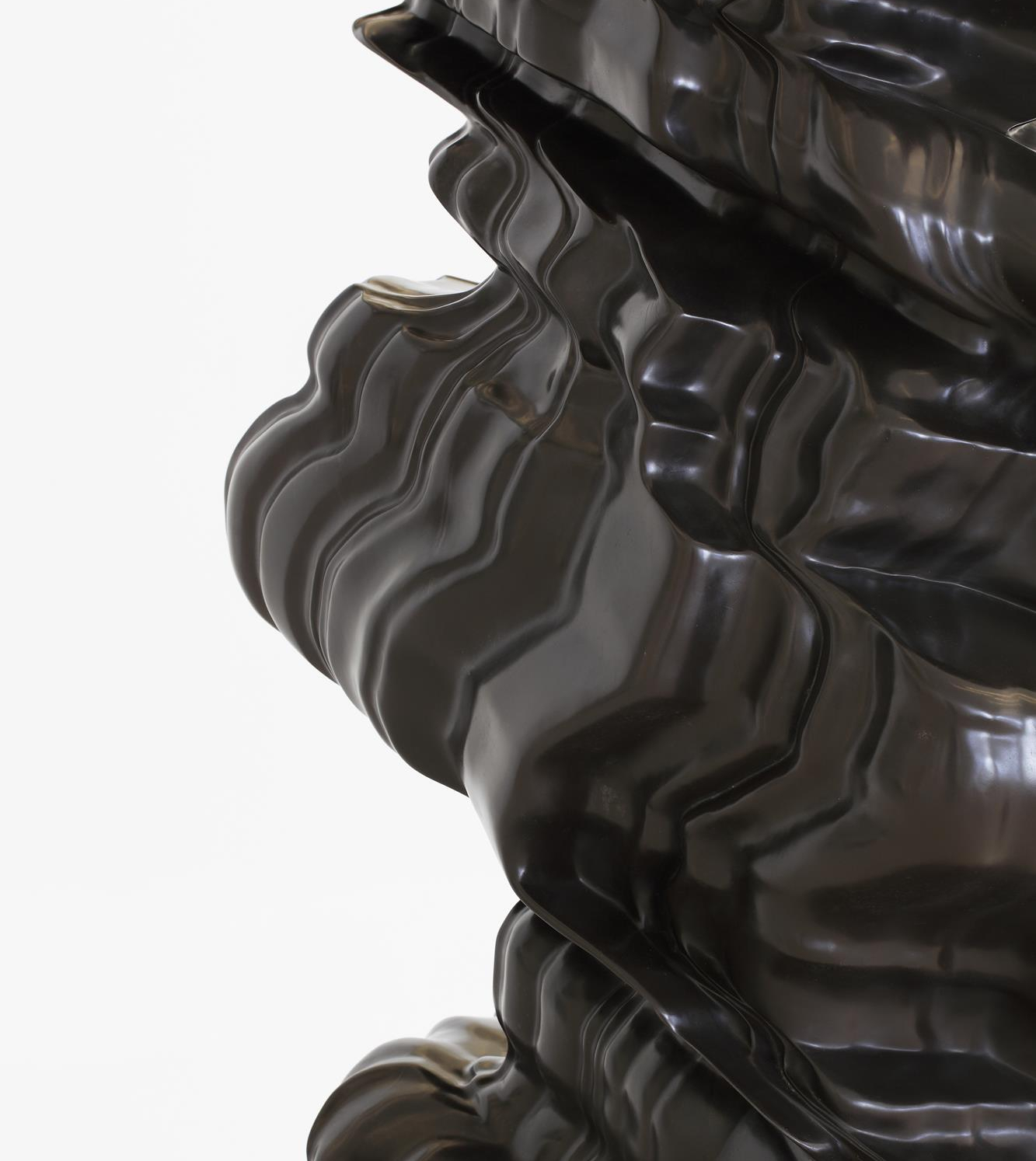 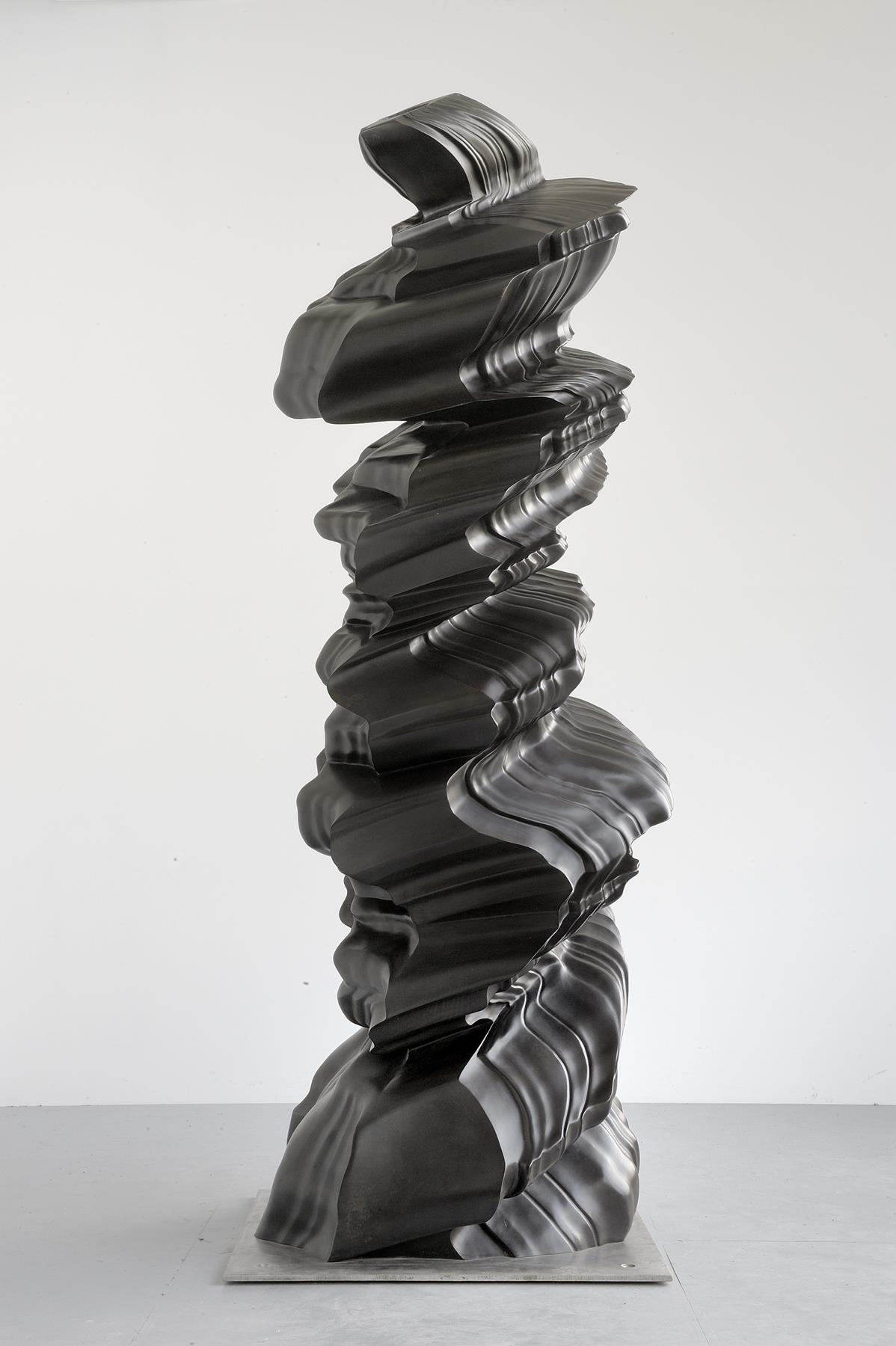 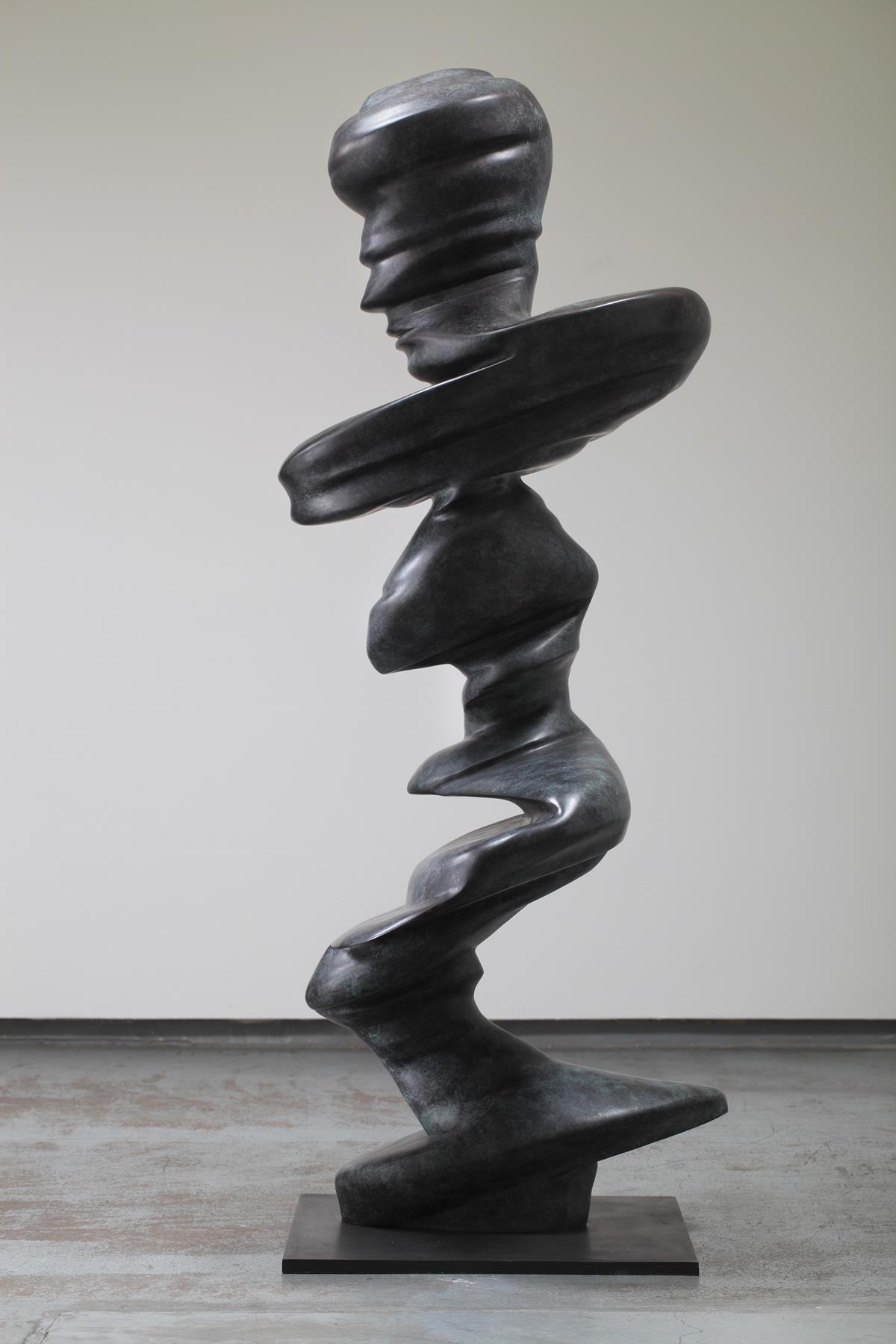 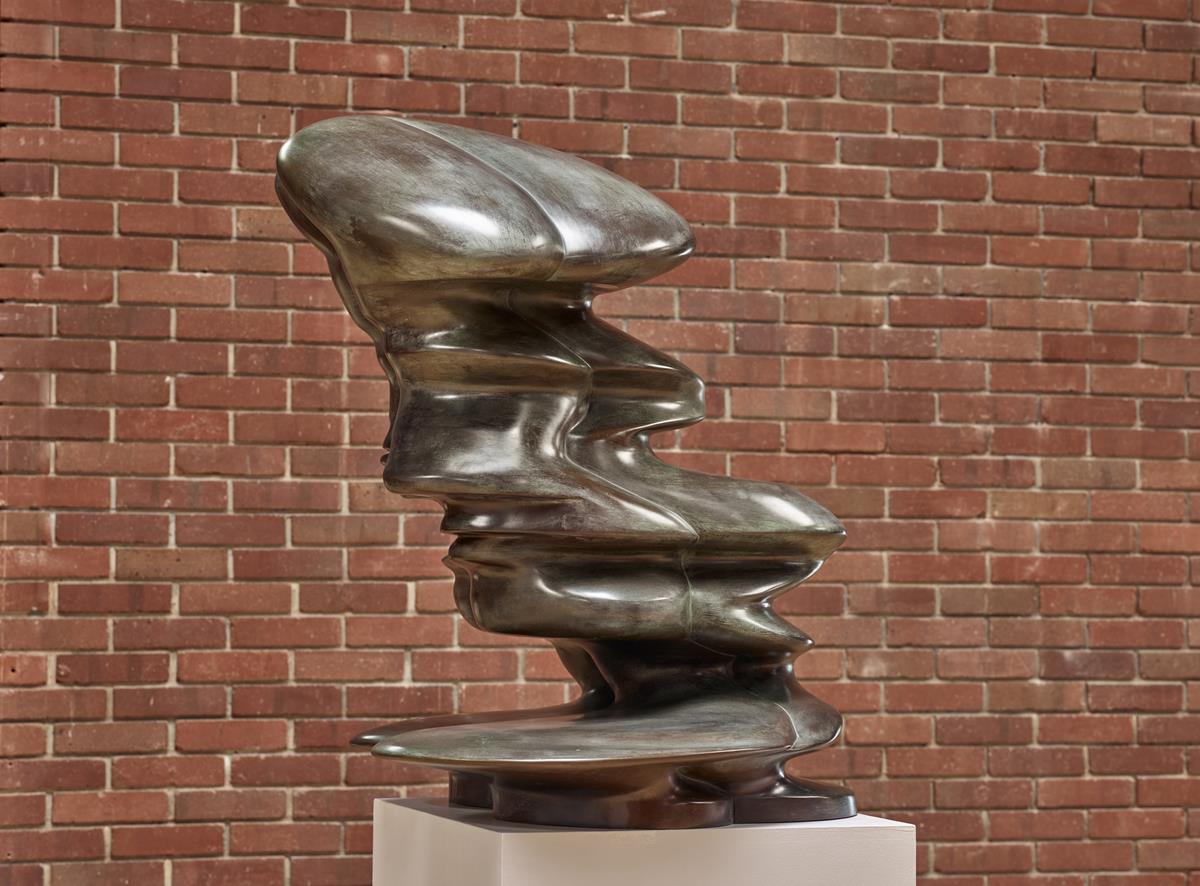 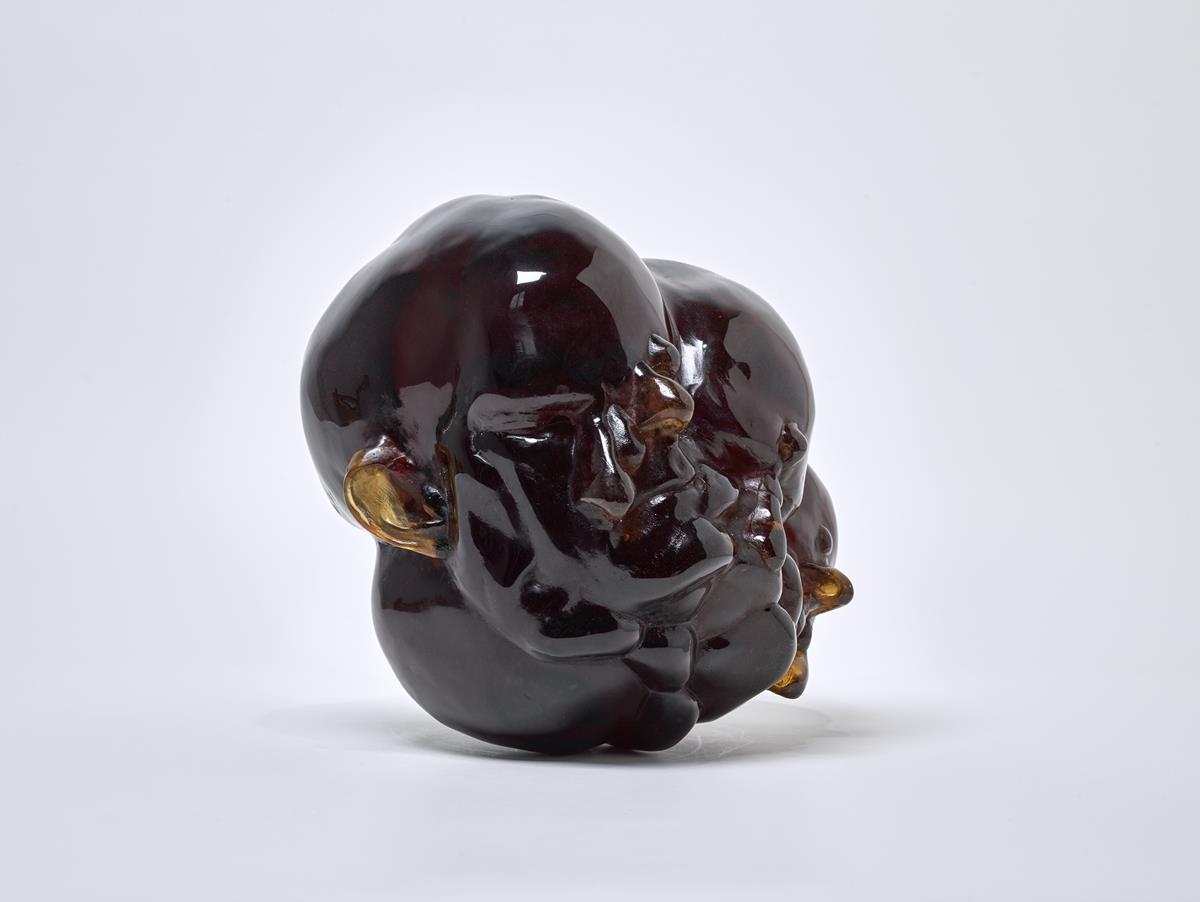 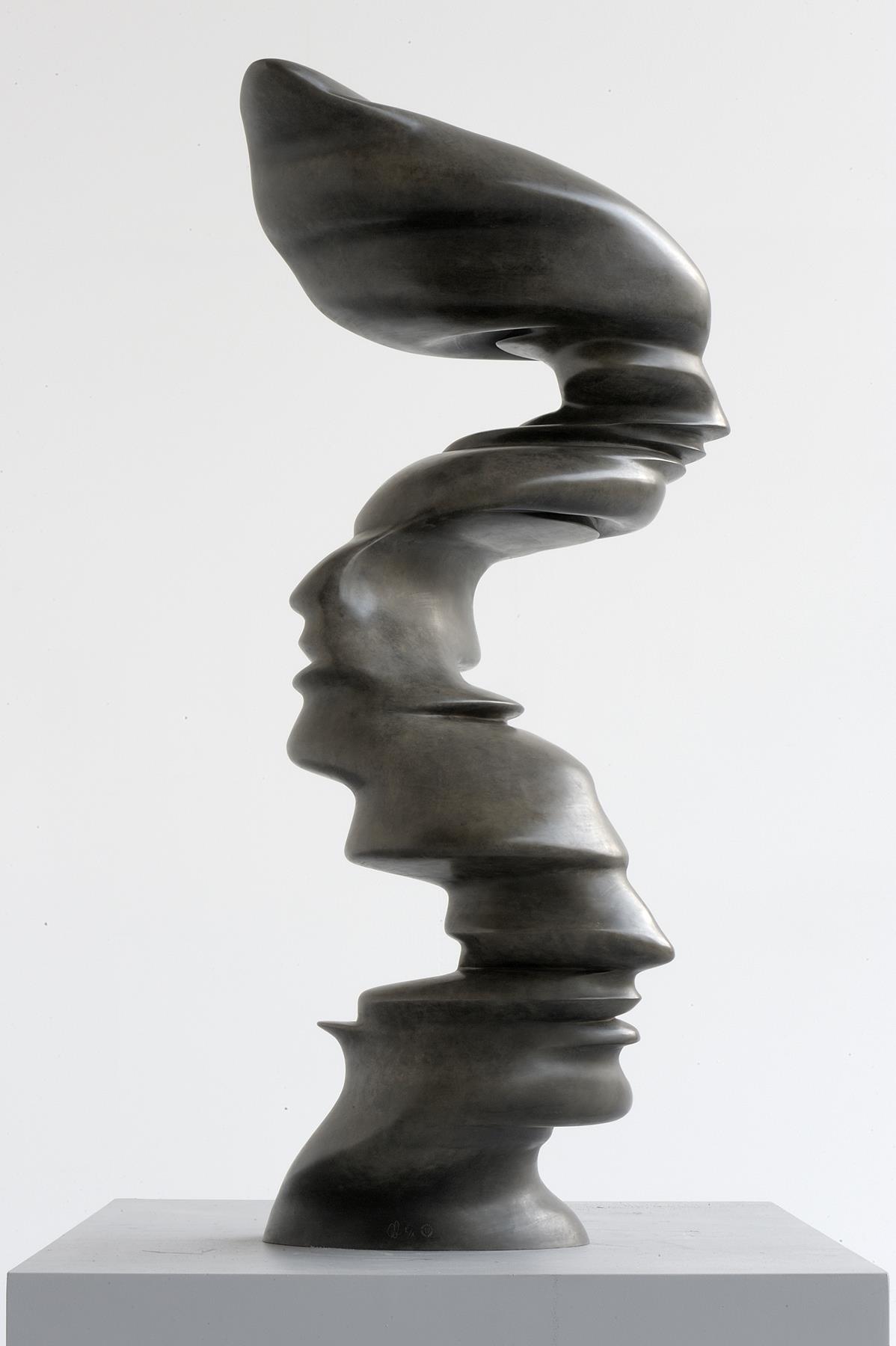 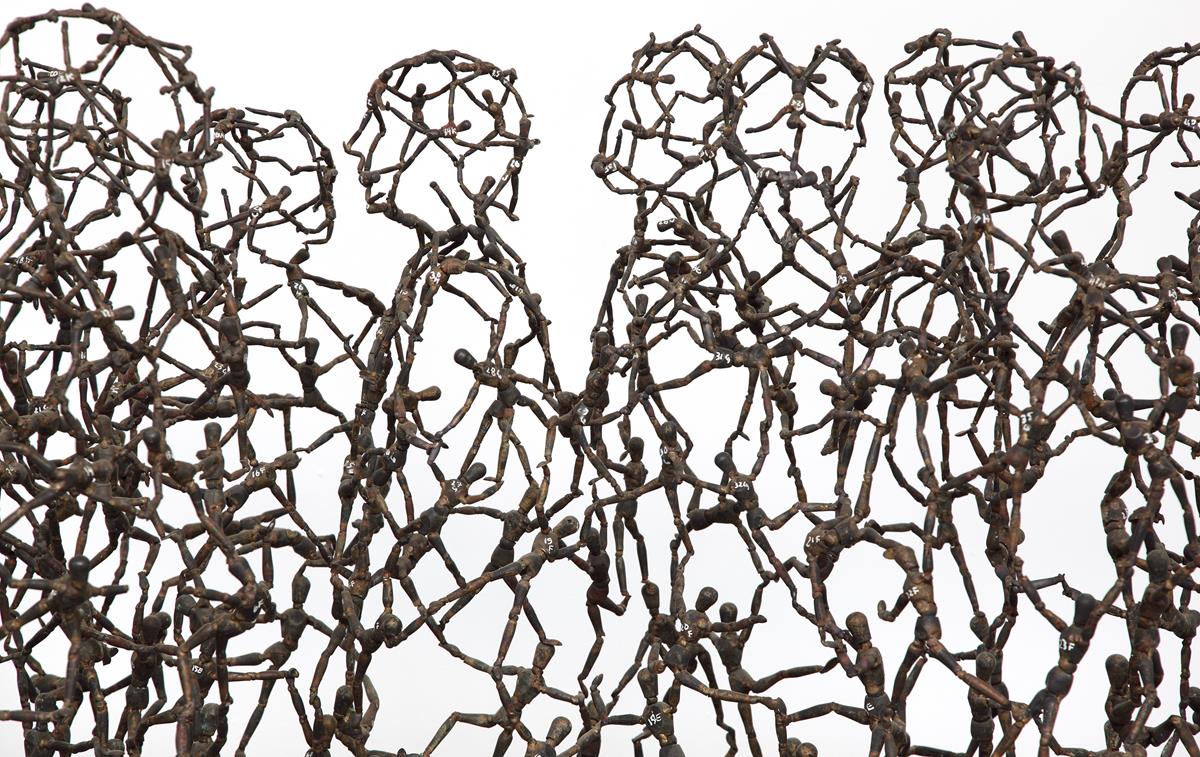 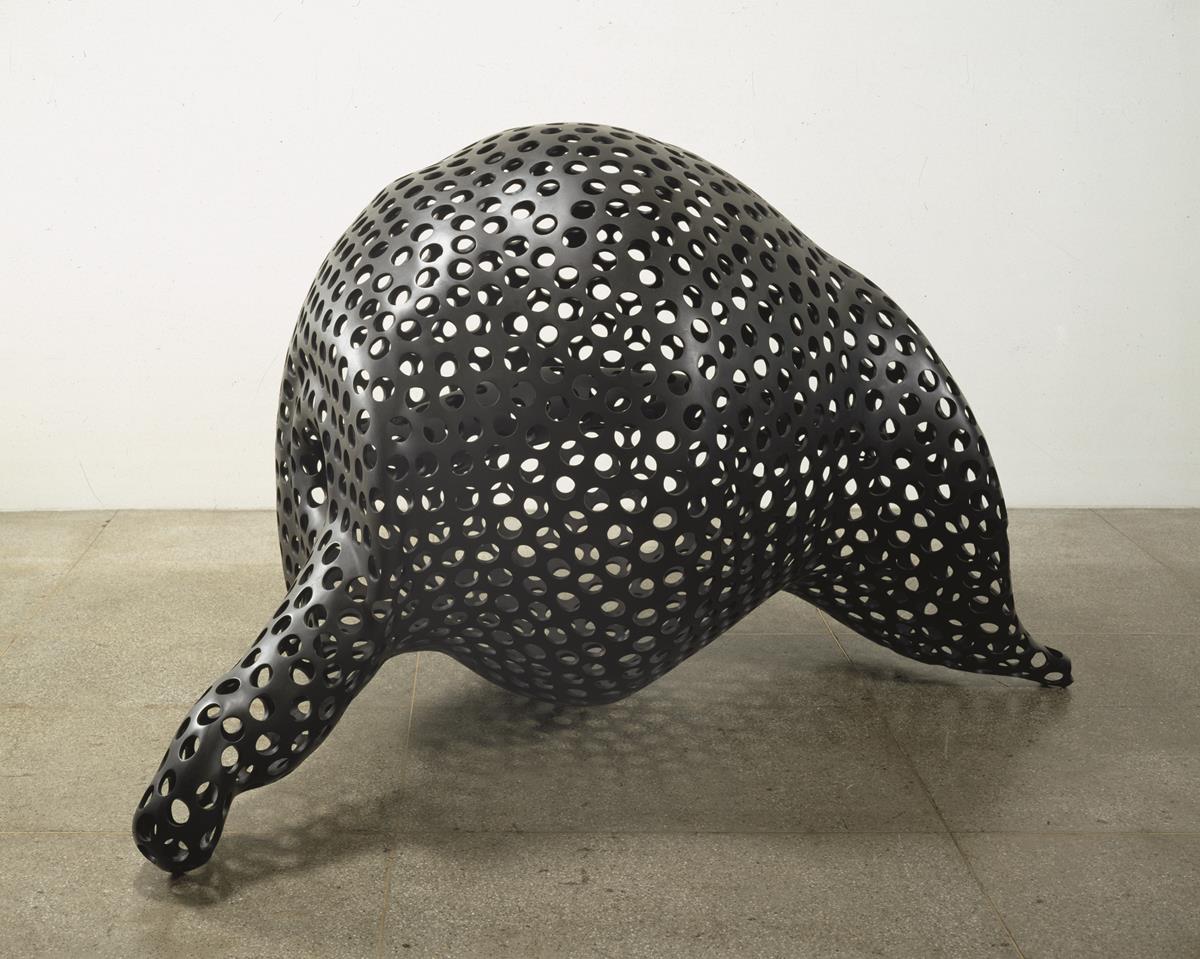 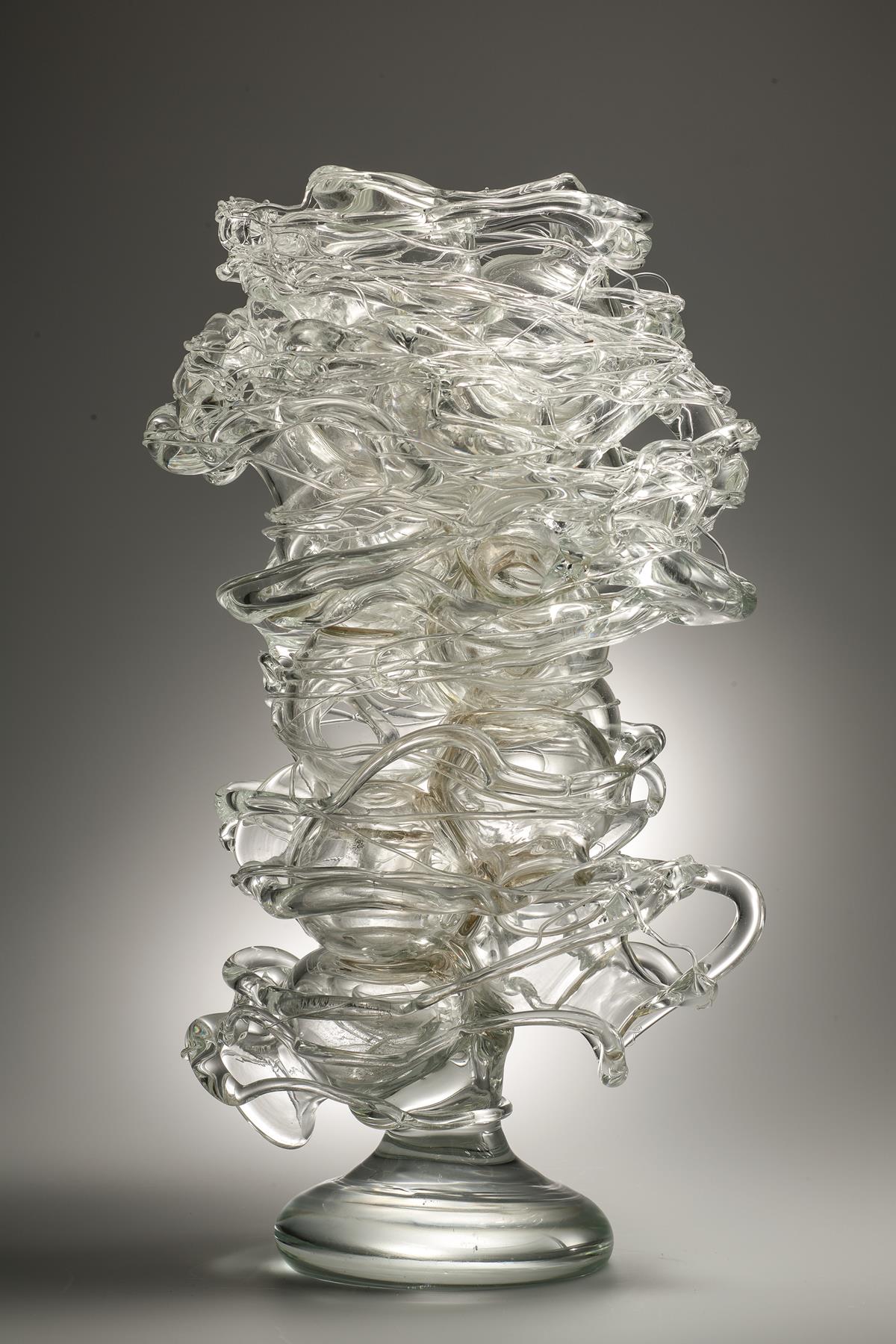 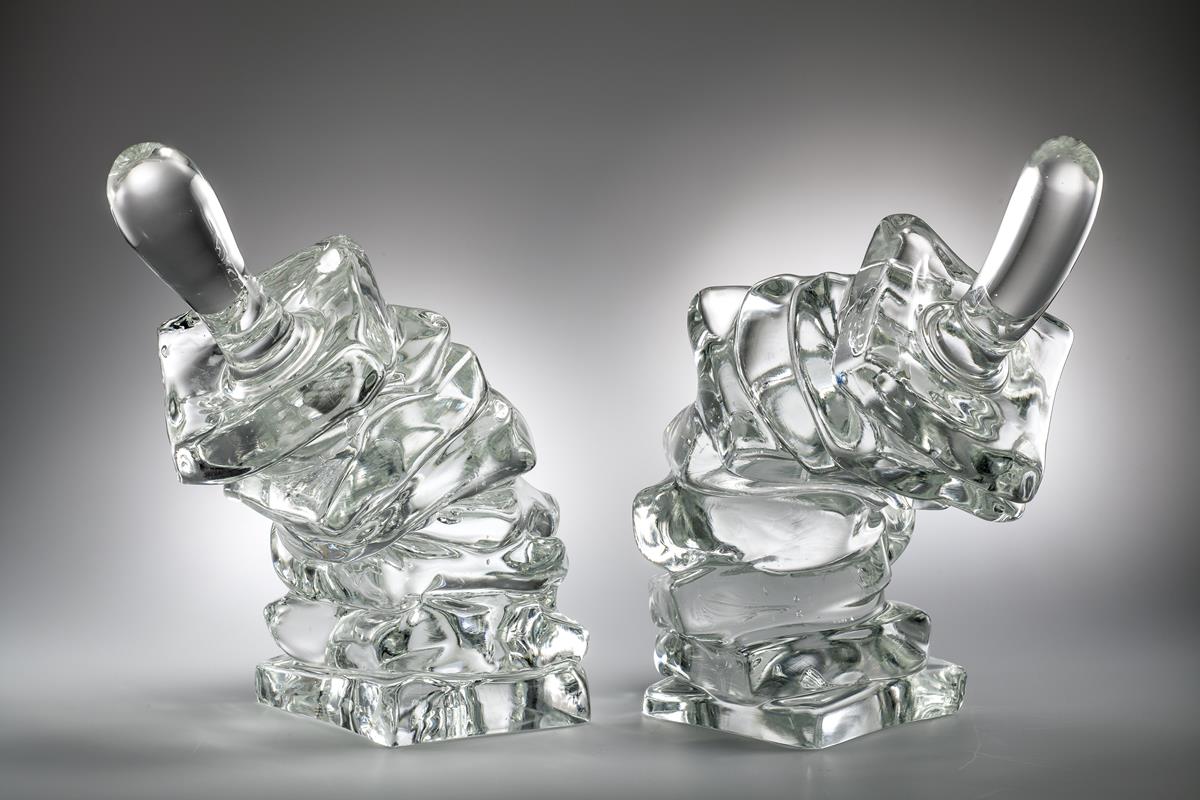