The exhibition of works by Croatian artist Vlado Martek will focus on his poetic experiments and his approach to poetry as a source of inexhaustible linguistic potential in the visual arts. Martek was born in Zagreb, where he studied literature and philosophy. In 1974, he abandoned writing traditional poetry in favour of the visual arts. From 1975 to 1978, he belonged to the informal Group of Six Authors (Grupe Šestorice Autora), which to a large degree influenced his conception of “pre-poetry.” This theory would turn out to be of key importance in Martek’s oeuvre. In one of his most salient works, consisting of fragments of pencils cut in half, he declared: “I’m not a poet because if I want to I could be” (1982). In the mid-1970s, Martek began to combine his poetic and artistic practice to penetrate the boundaries of language and the visual, explore the nature and matter of words and analyse the ways in which meaning emerges or is created. The artist tirelessly crossed boundaries and situated his practice “in-between”, leaving the work in a never-ending process of “emerging”, which he considered more important than the final effect in the form of a closed and coherent composition.

The exhibition will feature works by means of which the artist explores the boundaries of language and enters into a dialogue with the poetic tradition, including visual poetry (Apollinaire, Mallarme, Baudelaire, Mayakovski), making poetic objects (poetski objekti), pre-poetry, art books (autorske knjige), samizdats and geographic maps.

Honorary patronage:
Embassy of the Republic of Croatia in the Polish Republic 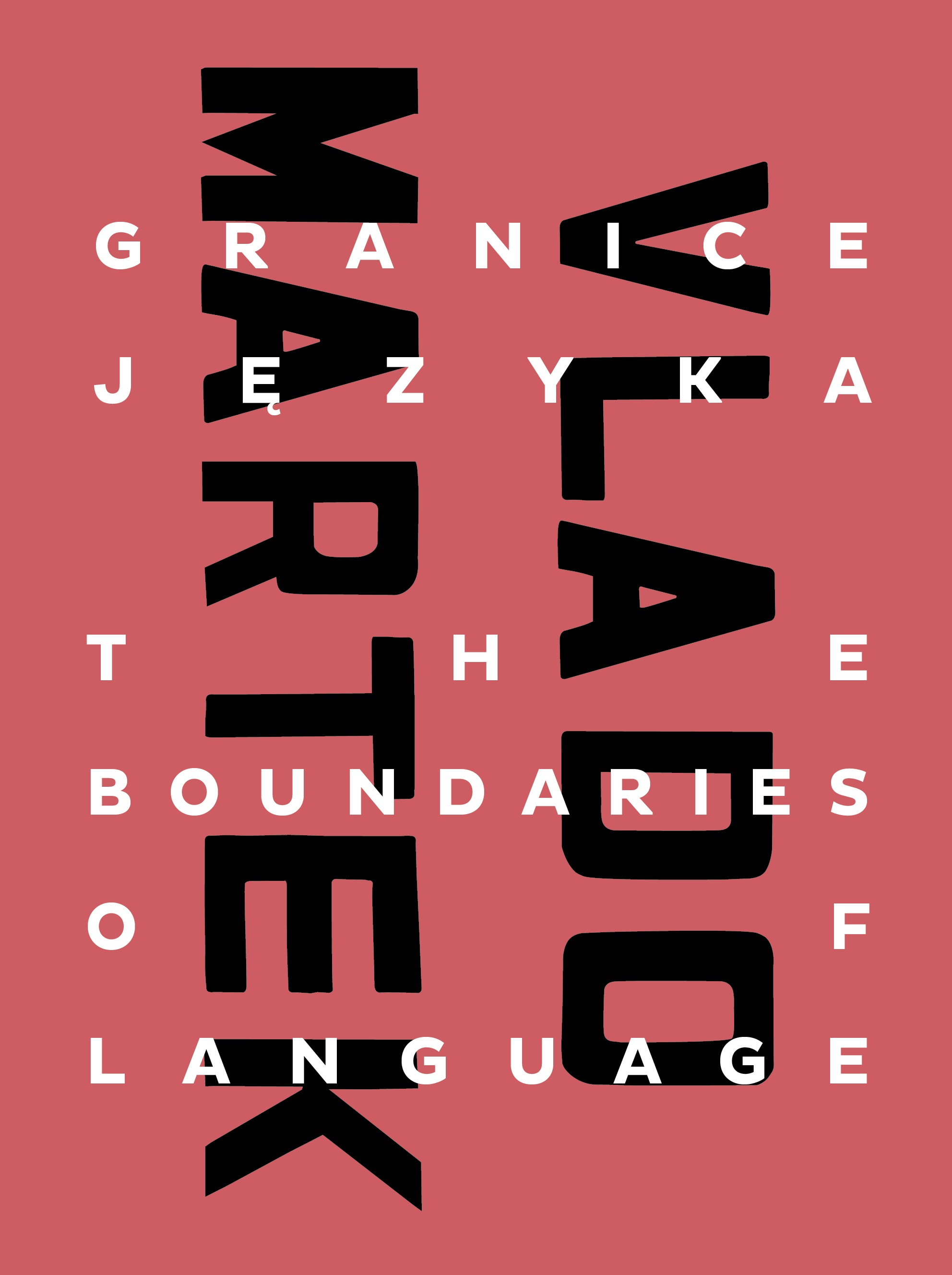 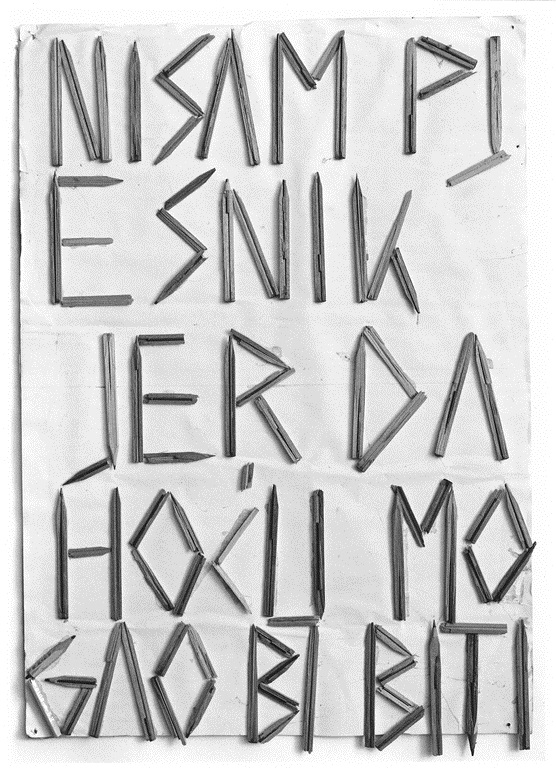 Vlado Martek, I’m not a poet because if I want I could be, 1982. Collection Darko Šimičić, Zagreb 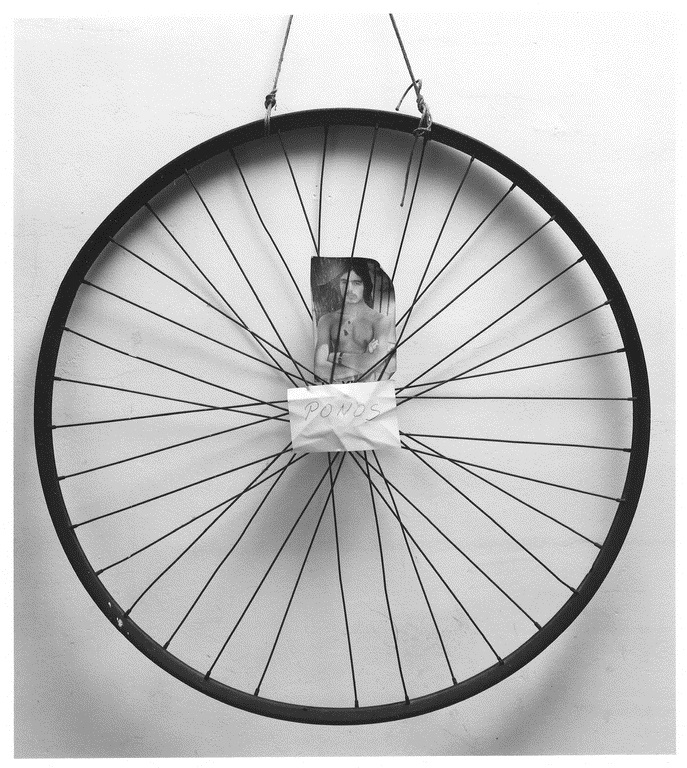 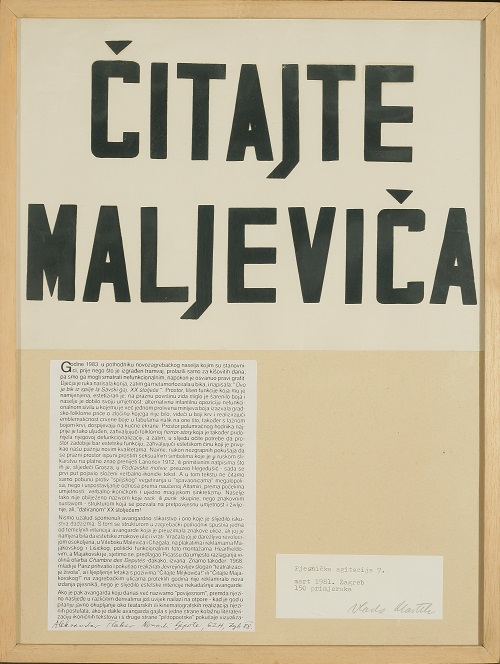 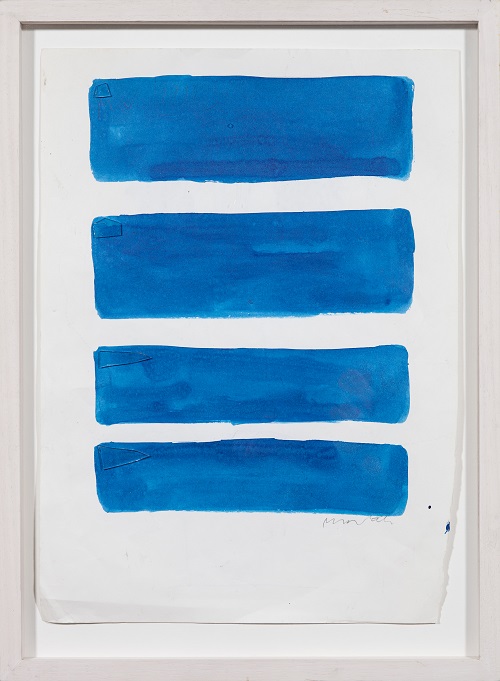 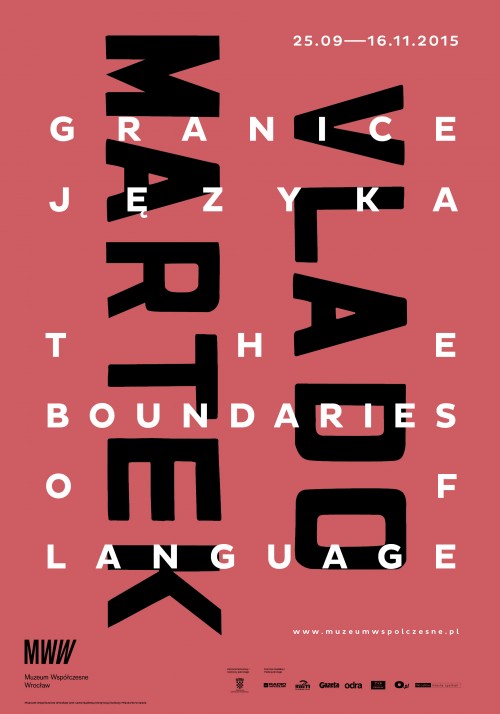