A picture is both dependent and independent of matter. On the one hand, it needs objects and bodies to come into being: paint, canvas, brush, photographic film, video or photo camera, models, landscapes, actors and scenery. On the other hand, especially in the era of new technologies dominated by the dictate of immediacy and temporality, the transience of the image and matter seems to be an immanent feature of any picture. An afterimage kept under the eyelids, a cultural cliché or a digital file make it possible for the picture to last a long time despite its lack of physical representation. Its strength lies both in its materiality – the possibility of physical interaction, and in its intangibility – the associations or aesthetic experiences it triggers, the message it contains or the reactions it evokes. A spirit is as ephemeral as a picture. Although essentially immaterial, spirits in culture are most often depicted as ghosts covered with a white sheet; seemingly alive, but invariably dead. Although immaterial, they need a material body.

Spectrology, or spiritology, uses the figure of the spirit or apparition that returns every now and then, haunting different areas. All returning spirits, in particular spirits of the past, are the pillars upon which the present is built. Our present is filled with constantly returning phantoms, which, in accordance with the logic of repetition, elude the foundations of the metaphysics of the present. We could quote Derrida and conclude that that which returns is “the tangible intangibility of a proper body without flesh, but still the body of Someone as Someone other.”

An apparition can manifest itself as an image. The image can also haunt us persistently; particularly in the era of mass media and new technologies, it seems to be the main element creating contemporary culture. However, when we adopt the meta perspective, it turns out that probably no medium is more phantasmal than painting and its ability to return, as illustrated by the sum total of its deaths and rebirths proclaimed throughout art history. There is a reason for it, because “a picture is worth a thousand words.” Even in the contemporary culture of overproduction and constant repetition, painting still wins. On the other hand, “what is essential is invisible to the eye.” Perhaps this is why Parrhasius won the painting contest with Zeuxis?

Hiding under the sheet may be another human, the Other – a radically strange person, or the Spirit of the Times or the Objective Spirit – immaterial constructs embodying the meanings, forms and values of their times. The pop-culture representation of spirits as ghosts floating under white fabric is strongly intertwined with the darker side of American history. In the 19th century, American killers and robbers wanting to disguise their features used the so-called sack mask made of a canvas bag and a rope. Other criminals, members of the Ku Klux Klan, since the 1920s wore long white robes and the characteristic pointed headgear with eyeholes. However, a veiled face does not characterise only American bandits. Nowadays, a figure covered with black fabric triggers associations with the Muslim niqab and purdah, the practice of hiding the body from public view. The current debates on the acceptability of certain forms of clothing for women – a burkini on a French beach or a headscarf in Tehran – can also be interpreted as a distant echo of the dispute between iconophiles and iconoclasts, which today plays out on the woman’s body. Being aware of the incredible proliferation of spirits, ghosts and apparitions in contemporary culture, Wojciech Pukocz seems to ask about what is hidden underneath the material fabric, which of these phantasms are haunting us, which Spirit is animating them, why they are coming back in a particular form and which Spirit is your spirit. 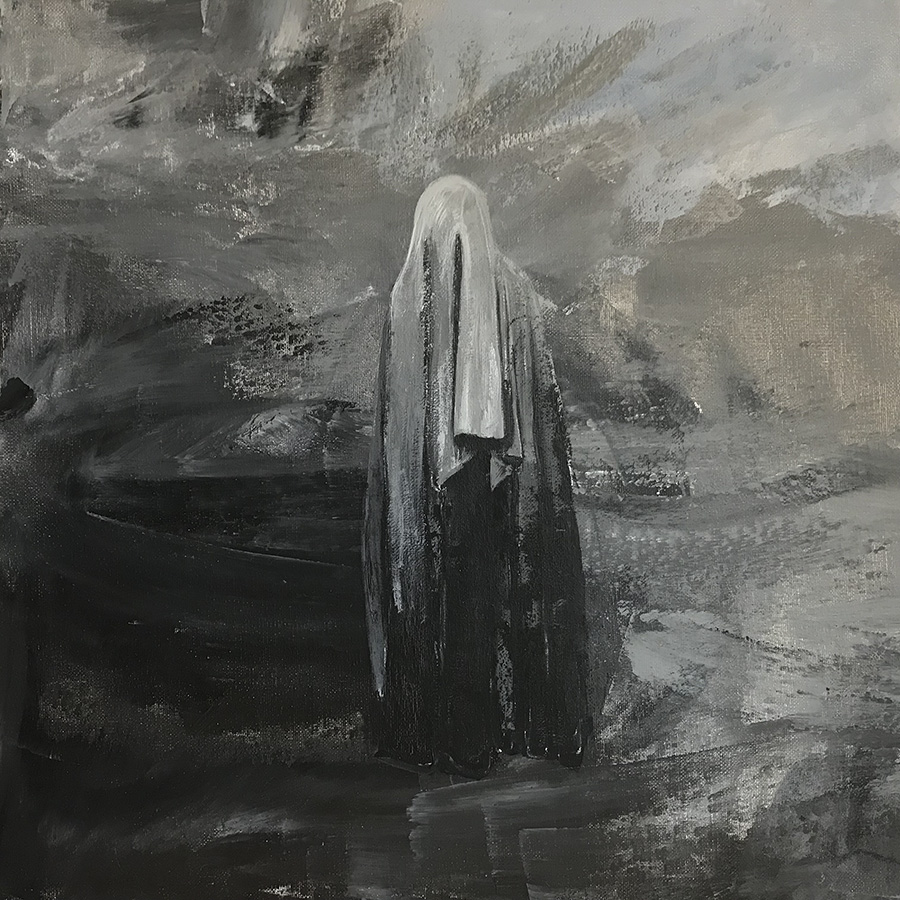 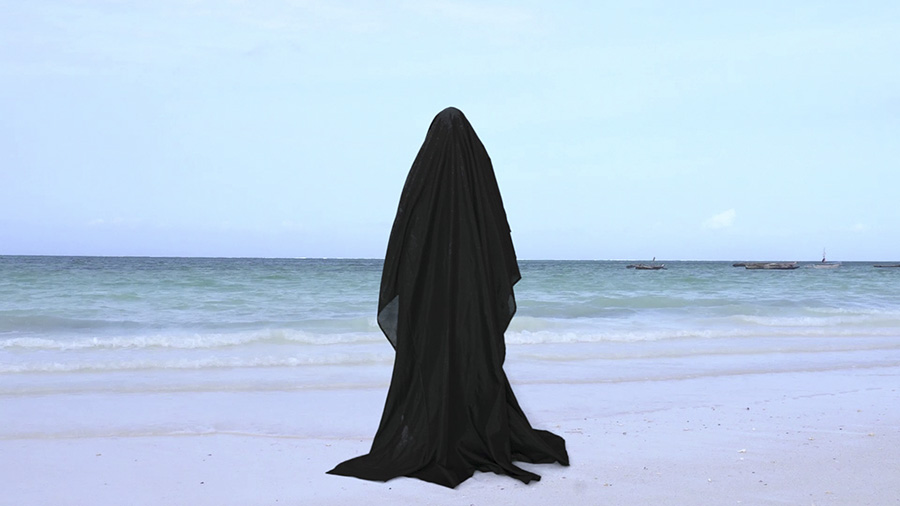 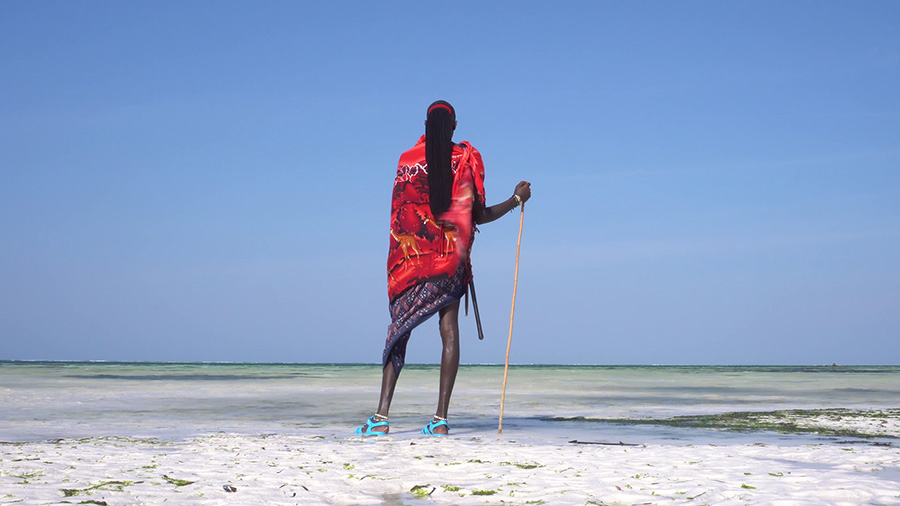 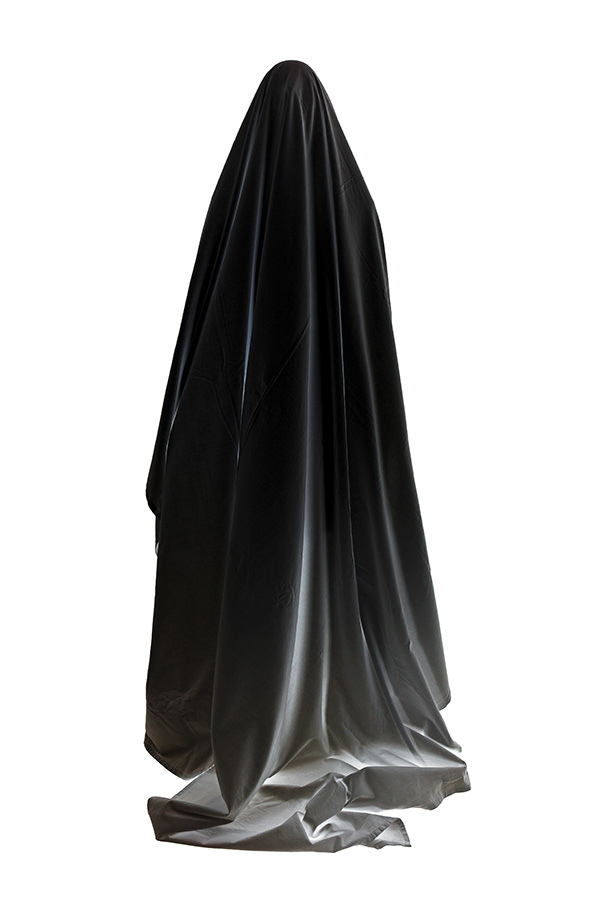 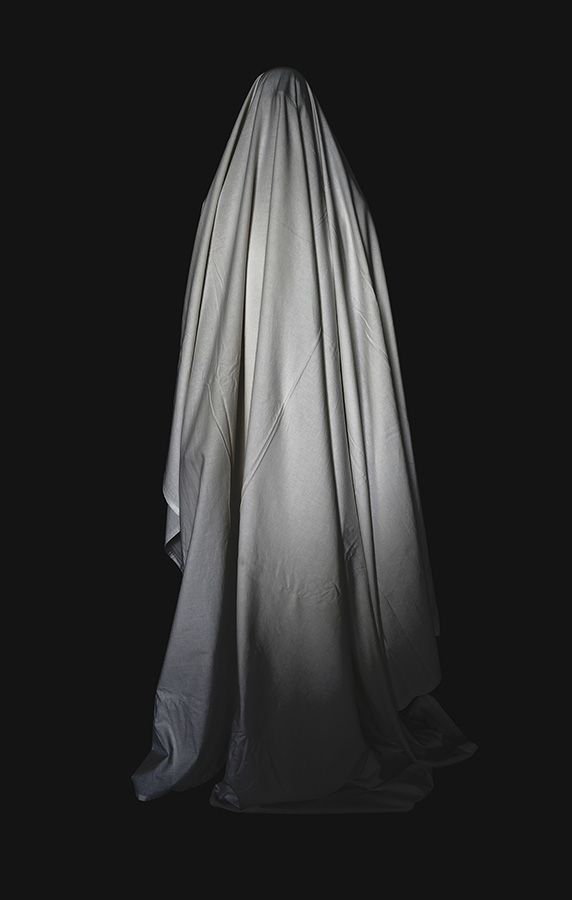 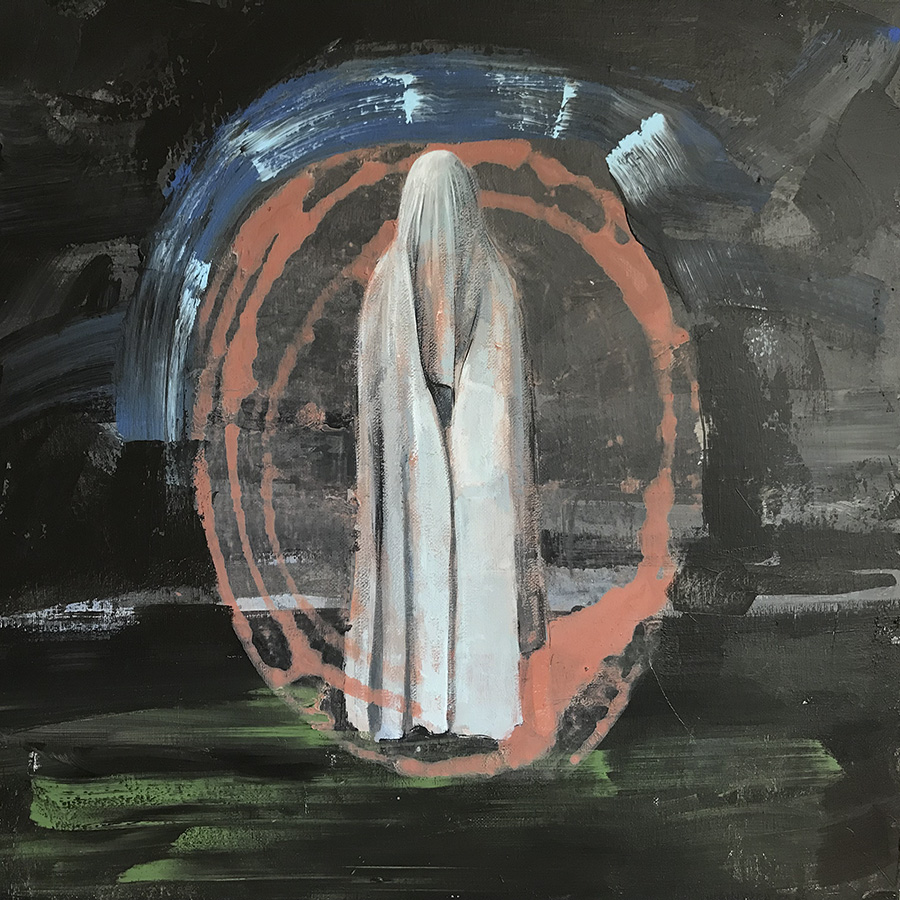 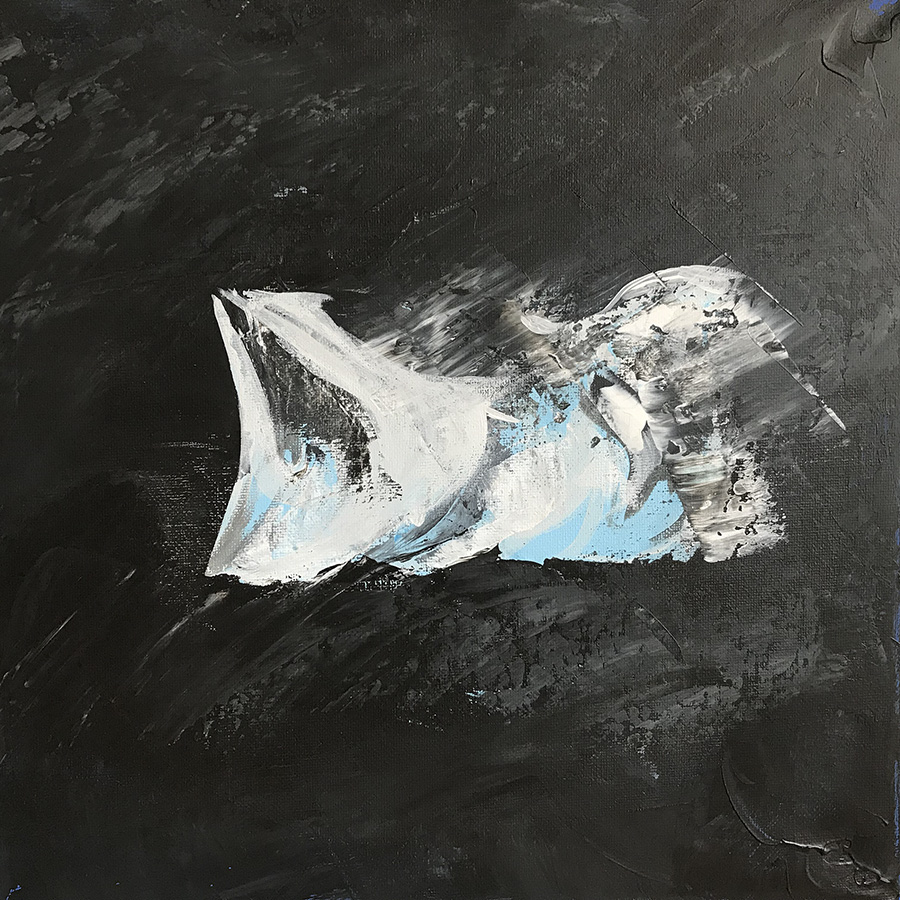