David Wojnarowicz (1954–1992) commented in one of his films: “I wonder what this little bug does in the world and if this little bug dies, if the world feels it? Or if it dies, does the earth feel it? Does something get misplaced? Do people speak language differently if this bug dies? Does the world get a little lighter in the rotation? If the planet goes a little faster if something like this dies? If some little kid somewhere wakes up with a bad dream because this bug dies? Or if the air that circles the earth goes a little faster if this bug disappears?”
Wojnarowicz rose to prominence on the New York art scene in the 1980s, creating works that were both fiercely political and very personal. His practice combined artistic experimentation with statements about his own identity. He gained recognition for his relentless struggle against the hypocritical and intolerant American society, its abuse of power, homophobia and prejudice against the victims of the ongoing AIDS epidemic. While taking a highly subjective starting point in his practice, Wojnarowicz shared poetic, poignant stories that would acquire a universal dimension.

The exhibition The Night Will Drive a Heart, largely inspired by David Wojnarowicz’s attitude, weaves a narrative that is intended to show the struggle with what the artist called “the pre-invented world.” The title of the exhibition, borrowed from a poem by Paul Celan, emphasises the show’s balance between hope, love and transgression. In many areas, these are the weapons used by artists to provoke, criticise, rebel or manifest beliefs and feelings. This exhibition is a portrait of a man who perceives art as a potential tool for changing the surrounding reality. He is aware of the need to break free from social oppression, recognise otherness and make room for any lifestyle.

In a series of photographs entitled Arthur Rimbaud in New York, Wojnarowicz recalls the figure of the accursed poet – poète maudit. This motif and the reference to the French writer became a manifestation indicating that the artist’s role is to confront and expose the mechanisms of submission and conformism. Perhaps this is the only means to an effective artistic intervention into reality.

Similarly, artistic attitudes undermining oppressive social norms, using subversive strategies, creating engaged and relational art are of key importance for the theme of the exhibition. On the other hand, the exhibition tries to show a possible alternative in the form of building a reality based on tolerance and interpersonal relations, without false borders.

In a letter of 13 May 1871, 17-year-old Arthur Rimbaud wrote to his teacher Georges Izambard: “I is someone else.” This statement became one of Rimbaud’s most intriguing and mysterious declarations. Questioning his identity, becoming lost in experience in order to reach the unknown in a superior way – this became the poet’s raison d’être. At the same time, it explains his subsequent abandonment of the streets of Paris and poetry in favour of Abyssinia and the arms trade. This symbolic step towards silence and desistance resulted from the impossibility of leading the only existence he desired. Rimbaud gave up literature because he had recognised that his poetry did not fulfil the task set by him – to create a new world by giving everything a new form and destiny.

More than a hundred years later, the figure of Arthur Rimbaud is recalled by another accursed artist, writer, filmmaker and activist – David Wojnarowicz. In 1978, Wojnarowicz visited Paris. After his return, he began to photograph his friends in the streets of New York, making them wear a Rimbaud mask. We find the lonely figure of a man wearing a mask of the French poet in various parts of the city – on the street, in the subway, in deserted buildings. In the late 1970s and early 1980s, New York was a place of emerging alternatives connected with the no wave art scene or the cinema of transgression. It is a period of economic boom and rapidly growing art market. But at the same time, the rich and dynamic city was about to face the AIDS epidemic, ignored by the authorities for the time being. Wojnarowicz saw it all up-close and recorded, practicing a specific form of activism.

One of the photographs in the series shows Rimbaud against the inscription: “The silence of Marcel Duchamp is overrated.” With this quote taken from Joseph Beuys, Wojnarowicz expressed an ambivalent attitude – he was making a reference to the modernist tradition, at the same time posing the question of whether such an artistic gesture as abandoning art had a real impact on anything. Shouldn’t it be re-evaluated, or perhaps brutalised, so that art could actually work? Brutalised, for example, by sewing up his mouth, which Wojnarowicz soon does.

This radical action, drawing on the traditions of engaged performance and body art, was a reaction to the culture war of the 1980s America (discussion on censorship and discrimination in art) and the AIDS crisis. In the case of Wojnarowicz, who soon became a victim himself, the stakes turned out to be too high. Silence equals death. Wojnarowicz was calling for presence, participation and responsibility, believing in the creative power of the individual suppressed only by the standardisation of behaviours, often imposed from above.

What Arthur Rimbaud and David Wojnarowicz have in common is, first and foremost, similar experiences and attitude to the world. By putting on the mask of the French poet, Wojnarowicz takes over his identity, emphasising the similarities in their lives: violence in their youth, a sense of being denied freedom, a desire to live away from social and philosophical standards. Wojnarowicz, in particular, made public that which was private, standing up for his desires and love.

The exhibition contains content for people over 18 years old 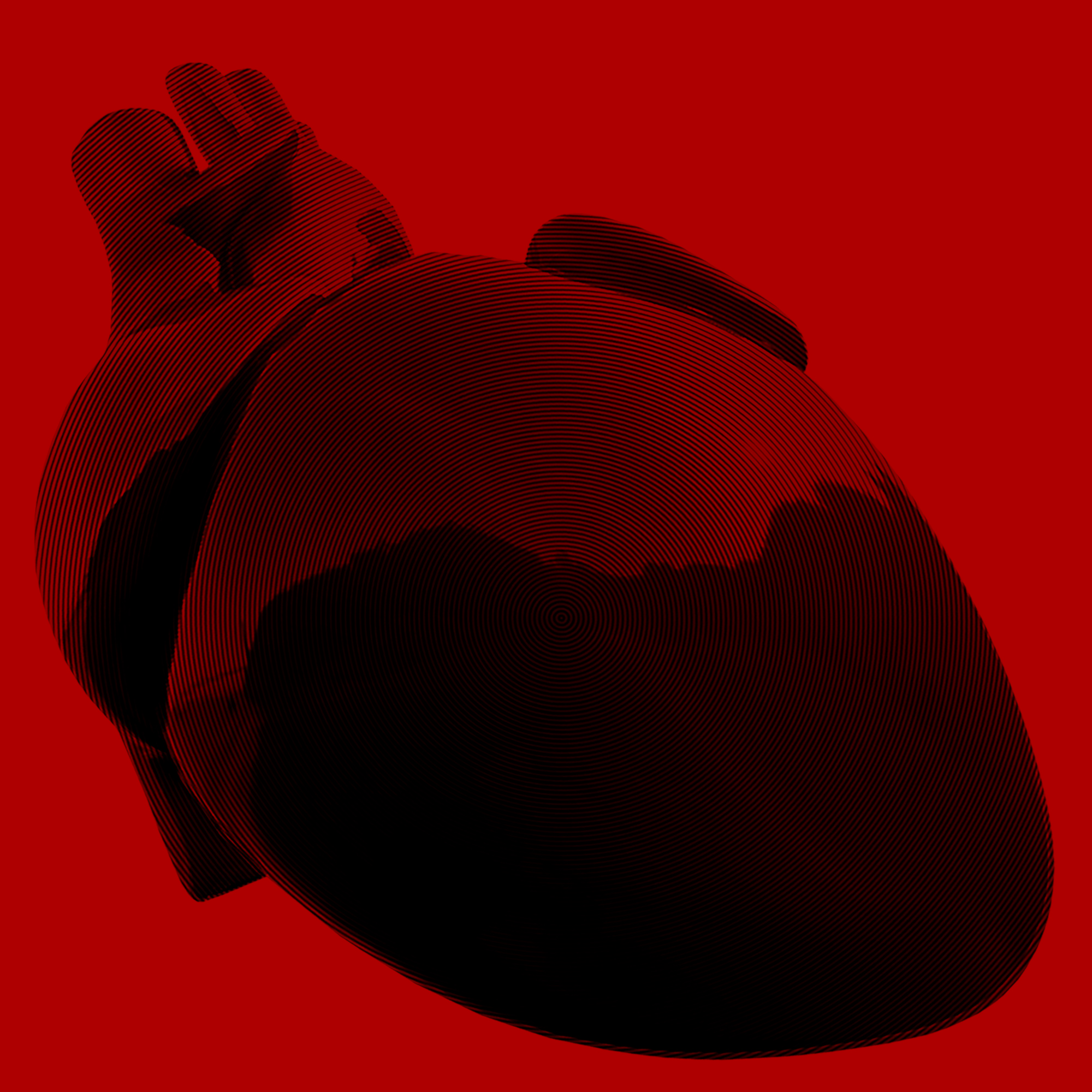 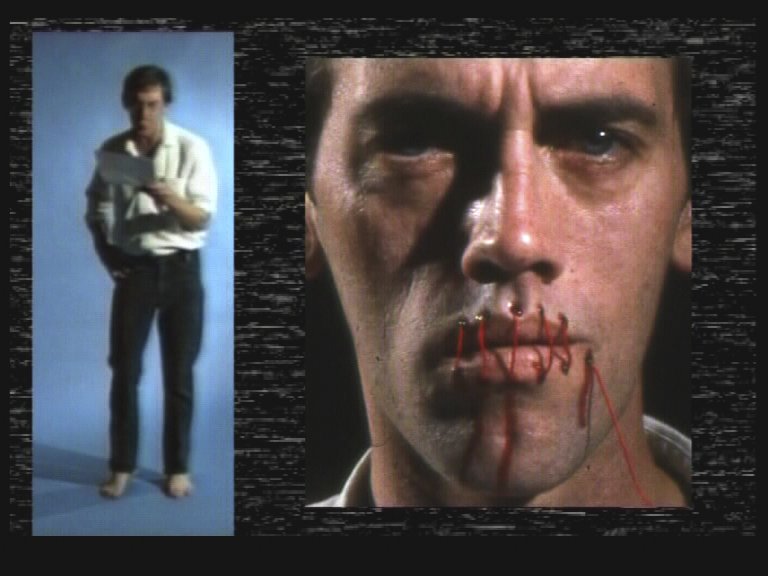 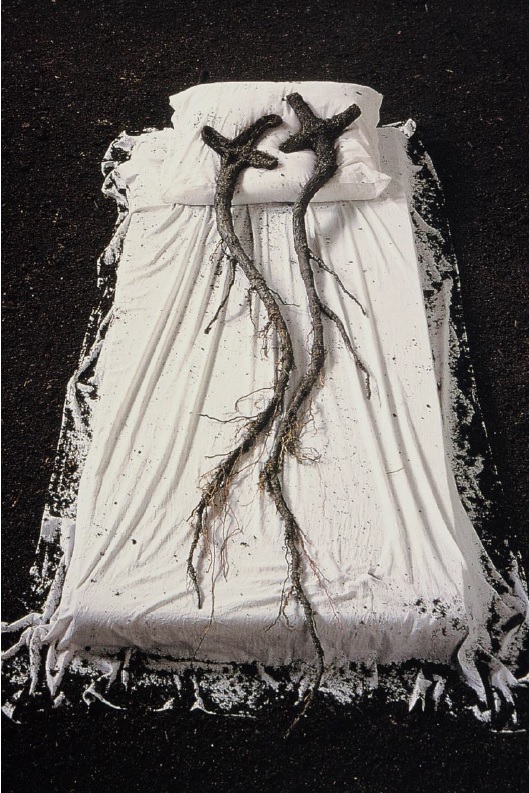 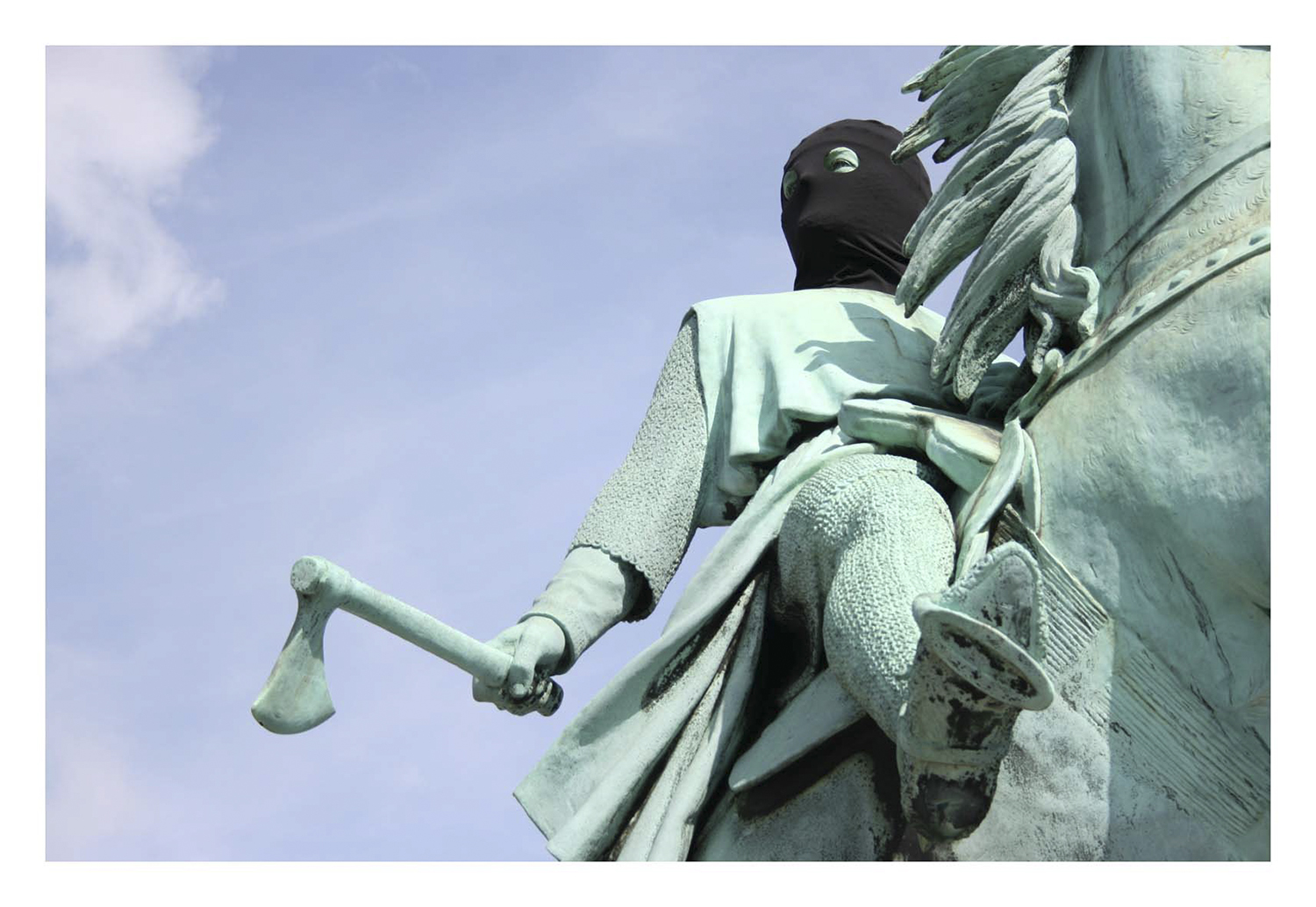 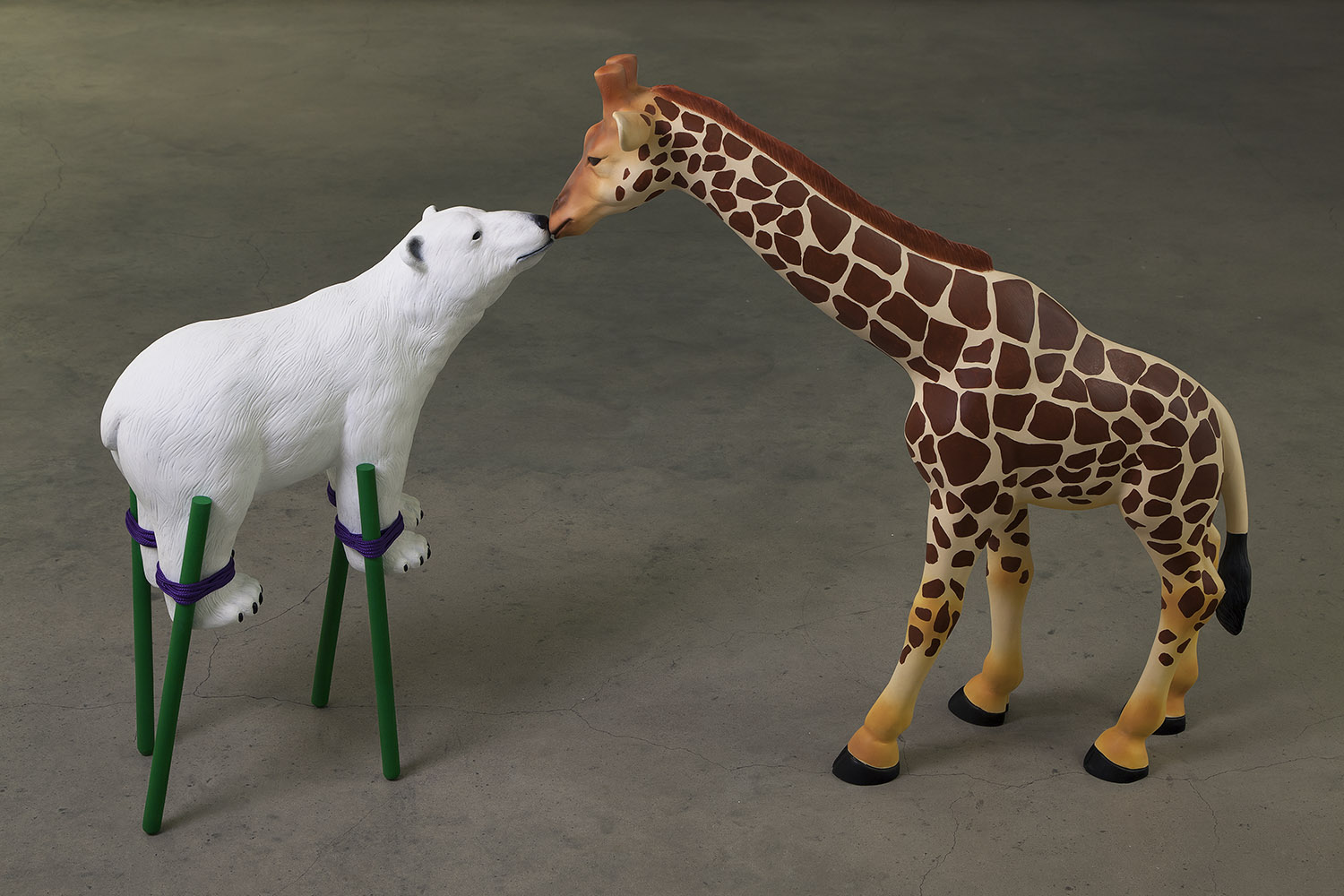 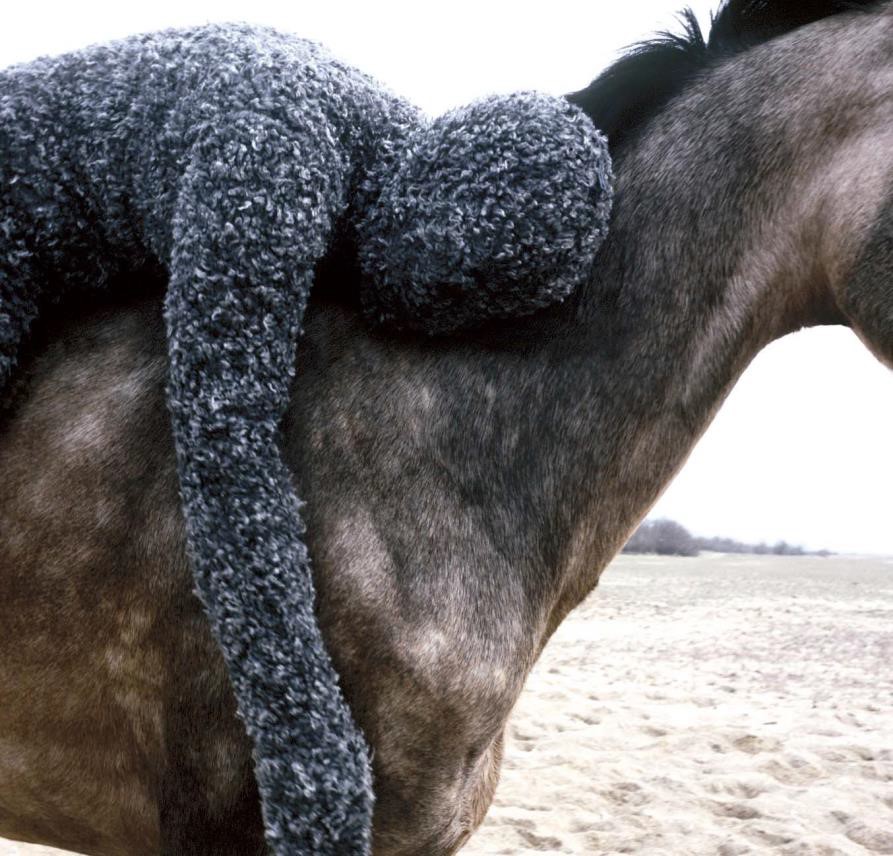 Natalia LL at a demonstration in defence of the rights of sexual minorities, New York, 1977; colour photography. Courtesy of the artist and Lokal_30 Gallery in Warsaw

Liliana Piskorska (Zeic), "Portrait of Narcyza Żmichowska (no. 9)", from the series "Sourcebook", 2020; digital photography, 87 x 58 cm. Courtesy of the artist 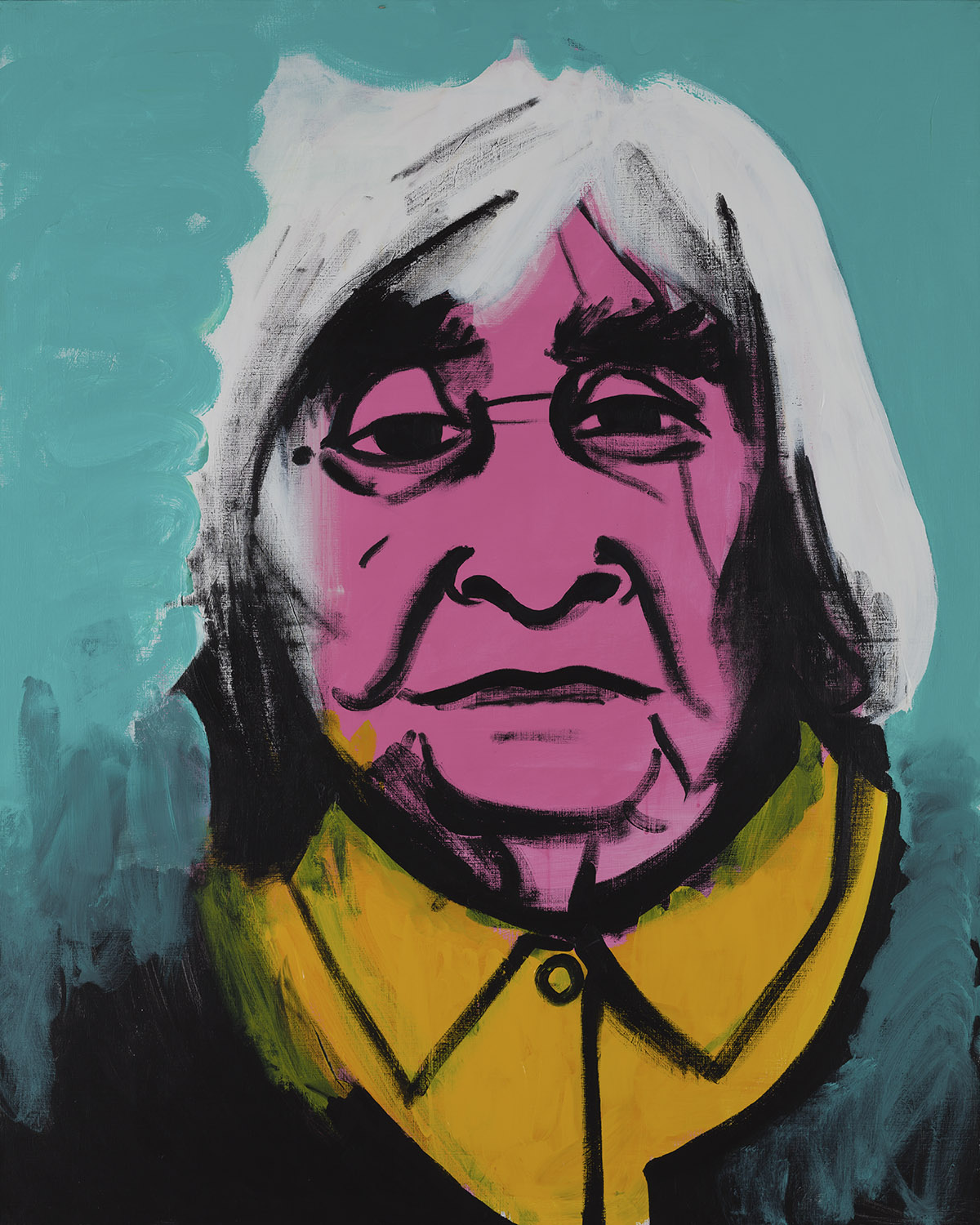 Karol Radziszewski, "Maria Janion" from the "Poczet" series, 2017; acrylic on canvas, 100 x 80 cm. Collection of the Museum of Modern Art in Warsaw